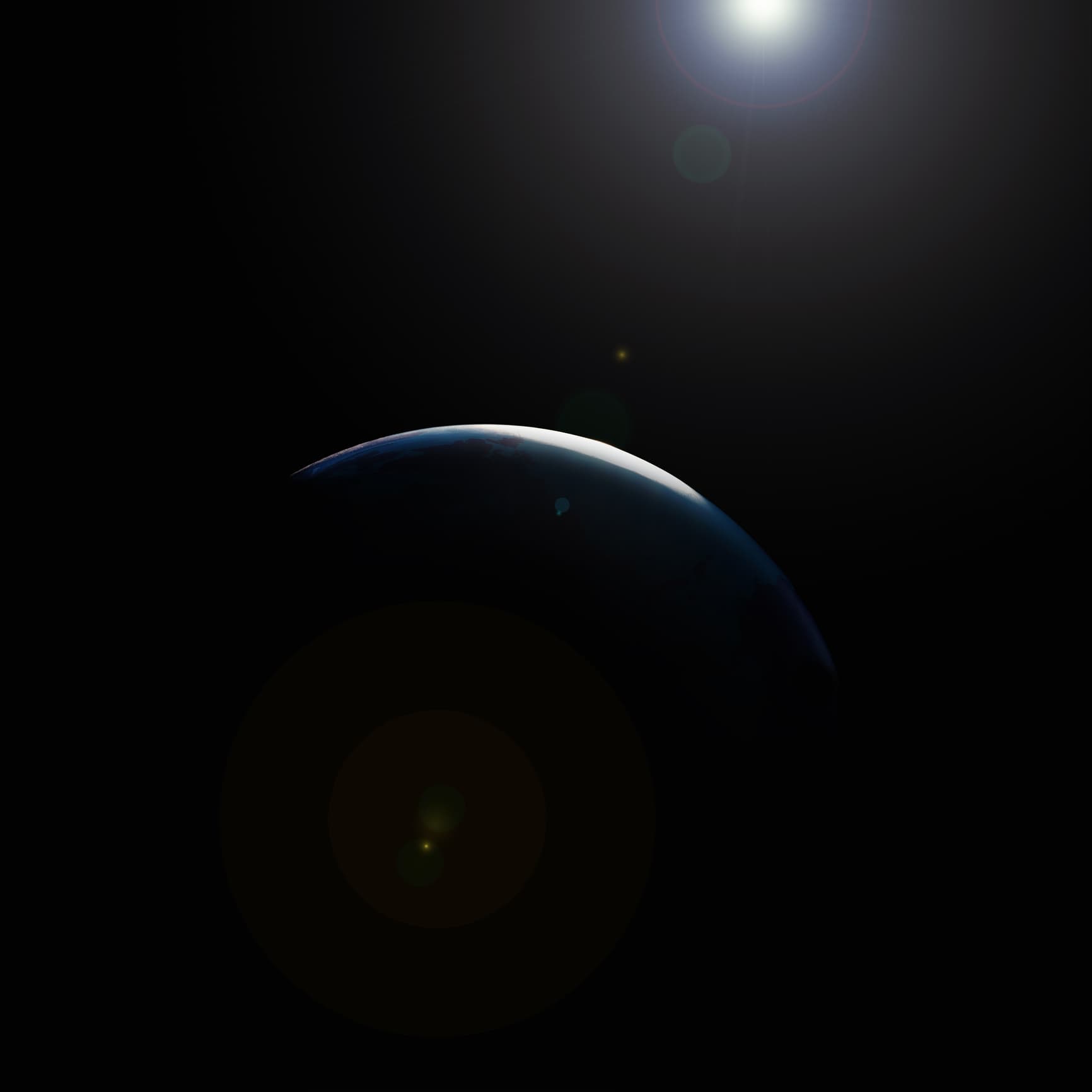 Didn't See You There

It's no Planet Nine, but the planetary body astronomers have found at the far edge of our solar system is a notable discovery nonetheless. They've named it DeeDee, for Distant Dwarf, and although it was first noticed in late 2016, little information about its physical structure was known back then. Now, new data from the Atacama Large Millimeter/submillimeter Array (ALMA) has uncovered details about DeeDee, and it's even larger than scientists predicted.

The new data reveals that DeeDee is around two-thirds the size of Ceres, the dwarf planet whose claim to fame is being our asteroid belt's largest member. DeeDee also has enough mass to be spherical, so it qualifies as a dwarf planet, although astronomers have not bestowed that official label upon it just yet.

DeeDee rests approximately 92 astronomical units — that's about 137 billion kilometers or 86 billion miles — from the Sun toward the edge of our solar system. Light from the Sun takes around 13 hours to reach DeeDee, making it second only to the dwarf planet Eris in terms of most distant known trans-Neptunian object (TNO) orbits. DeeDee takes around 1,100 years to lap the Sun just once.

Finally noticing this distant neighbor to the mysterious Planet Nine hints at how much is still unknown right here in our own solar system. “Far beyond Pluto is a region surprisingly rich with planetary bodies,” lead researcher David Gerdes said in a news release from the National Radio Astronomy Observatory (NRAO). “Some are quite small but others have sizes to rival Pluto and could possibly be much larger.”

Planetary objects like DeeDee are the best clues to understanding how the planets in our solar system formed. They are remnants from our solar system's past, but also a sign of our astronomical future — a future that includes modern technology capable of detecting extremely distant and slow-moving objects on the edges of our solar system. That future is just on the horizon thanks to continued tech advancements like bigger telescopes such as the James Webb.

DeeDee is a perfect example of the rapid pace of this advancement. It was first noticed by researchers at Chile's Cerro Tololo Inter-American Observatory as part of the Dark Energy Survey last year. At the time, astronomers weren't sure if it was small and very reflective or large and very dark. Follow-up observations from ALMA were able to confirm its unusual size and darkness readily.

“ALMA picked it up fairly easily,” Gerdes confirmed in the NRAO release. “We calculated that this object would be incredibly cold, only about 30 degrees Kelvin, just a little above absolute zero.” They then confirmed that DeeDee reflected only around 13 percent of the sunlight that reached it, making it about as bright as a candle at the halfway mark between Earth and the Moon — yet we still saw it.

The discovery of DeeDee heralds more revelations to come, both bright and dark, with all revealing new clues about our mysterious solar system and universe.

Read This Next
Hubble Tension
Most Precise Measurements of the Universe Suggest That Something Is Very Wrong
Bright Streaks
Scientists: SpaceX Satellites Threaten "Astronomy Itself”
Three-Body Problem
This Neural Network Quickly Solves a Major Astronomical Problem
Cosmic Stalker
Astronomers Traced a Mysterious Radio Burst to a Distant Galaxy
Lonely Planetesimal
Astronomers Discover Fragment of Planet Orbiting Its Dead Star
More on Hard Science
Tractor Beam
Yesterday on the byte
Scientists Build Working Tractor Beam, Although It's Comically Tiny
Having a Blast
Jan 18 on the byte
New Study Shows Where You Should Hide to Survive a Nuclear Attack
Offworld Amino
Jan 15 on the byte
Scientists Find Building Blocks of Life in Meteor That Smashed Into Family's Driveway
READ MORE STORIES ABOUT / Hard Science
Keep up.
Subscribe to our daily newsletter to keep in touch with the subjects shaping our future.
+Social+Newsletter
TopicsAbout UsContact Us
Copyright ©, Camden Media Inc All Rights Reserved. See our User Agreement, Privacy Policy and Data Use Policy. The material on this site may not be reproduced, distributed, transmitted, cached or otherwise used, except with prior written permission of Futurism. Articles may contain affiliate links which enable us to share in the revenue of any purchases made.
Fonts by Typekit and Monotype.