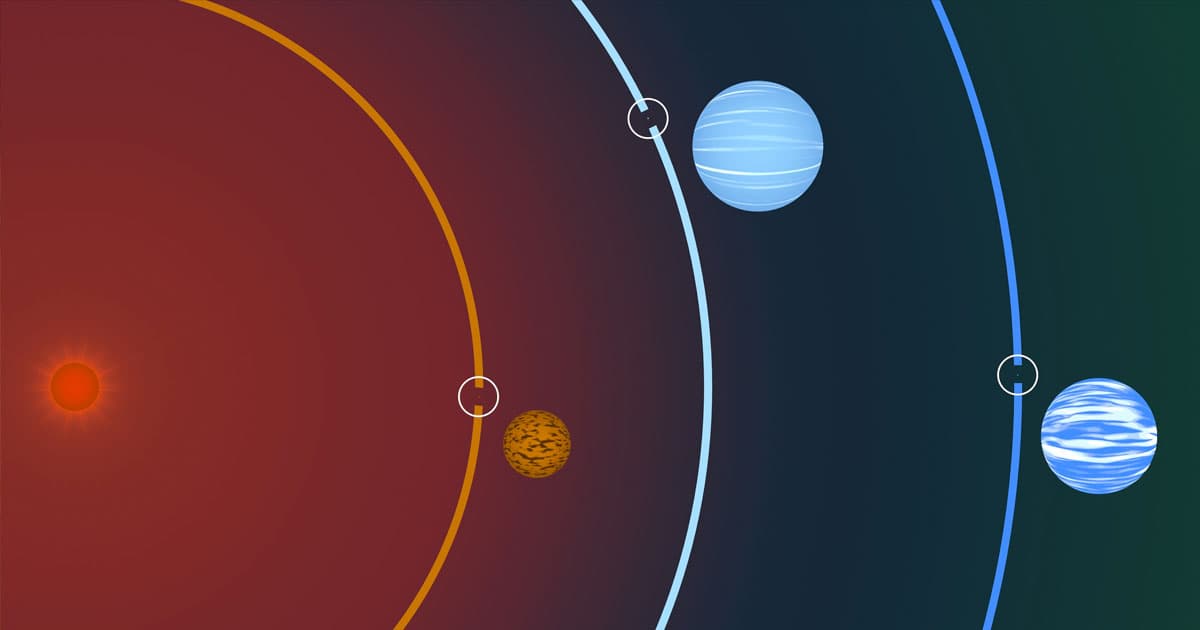 Nearby Star System Looks to Be Ideal "Lab" for Exoplanet Studies

Since launching in April 2018, NASA's Transiting Exoplanet Survey Satellite (TESS) has already discovered 21 new exoplanets — but three of them have astronomers particularly excited.

This trio of exoplanets is orbiting a star just 73 light-years away from Earth, which is essentially our cosmic backyard — and scientists believe the system could serve as the ideal "lab" for exoplanet research.

Astronomers named the system TESS Object of Interest (TOI) 270, and at its center is an M-dwarf star called UCAC4 191-004642 that's about 40 percent smaller than our Sun.

While M-dwarfs are typically highly active, UCAC4 191-004642 is relatively quiet, giving off a steady brightness that will make it easier for scientists to study the rocky super-Earth and pair of sub-Neptunes orbiting the star.

Those sub-Neptunes are the perfect size to fill a "missing link" in scientists' understanding of planetary formation, according to a press release, namely whether small Earth-like planets and massive Neptune-like worlds evolve separately from one another.

"TOI-270 is a true Disneyland for exoplanet science, and one of the prime systems TESS was set out to discover," researcher Maximilian Günther said in the press release. "It is an exceptional laboratory for not one, but many reasons — it really ticks all the boxes."

Into Darkness
Inside NASA's Bold Proposal to Probe the Mysteries of Dark Matter
3. 11. 22
Read More
Absolute Unit
Scientists Discover Gigantic New World that Defies Previous Planetary Understanding
12. 8. 21
Read More
Martian Ammonia
NASA Rover Detects Organic Molecules on the Surface of Mars
11. 2. 21
Read More
+Social+Newsletter
TopicsAbout UsContact Us
Copyright ©, Camden Media Inc All Rights Reserved. See our User Agreement, Privacy Policy and Data Use Policy. The material on this site may not be reproduced, distributed, transmitted, cached or otherwise used, except with prior written permission of Futurism. Articles may contain affiliate links which enable us to share in the revenue of any purchases made.
Fonts by Typekit and Monotype.