TESS will focus on nearby planets worthy of further study. 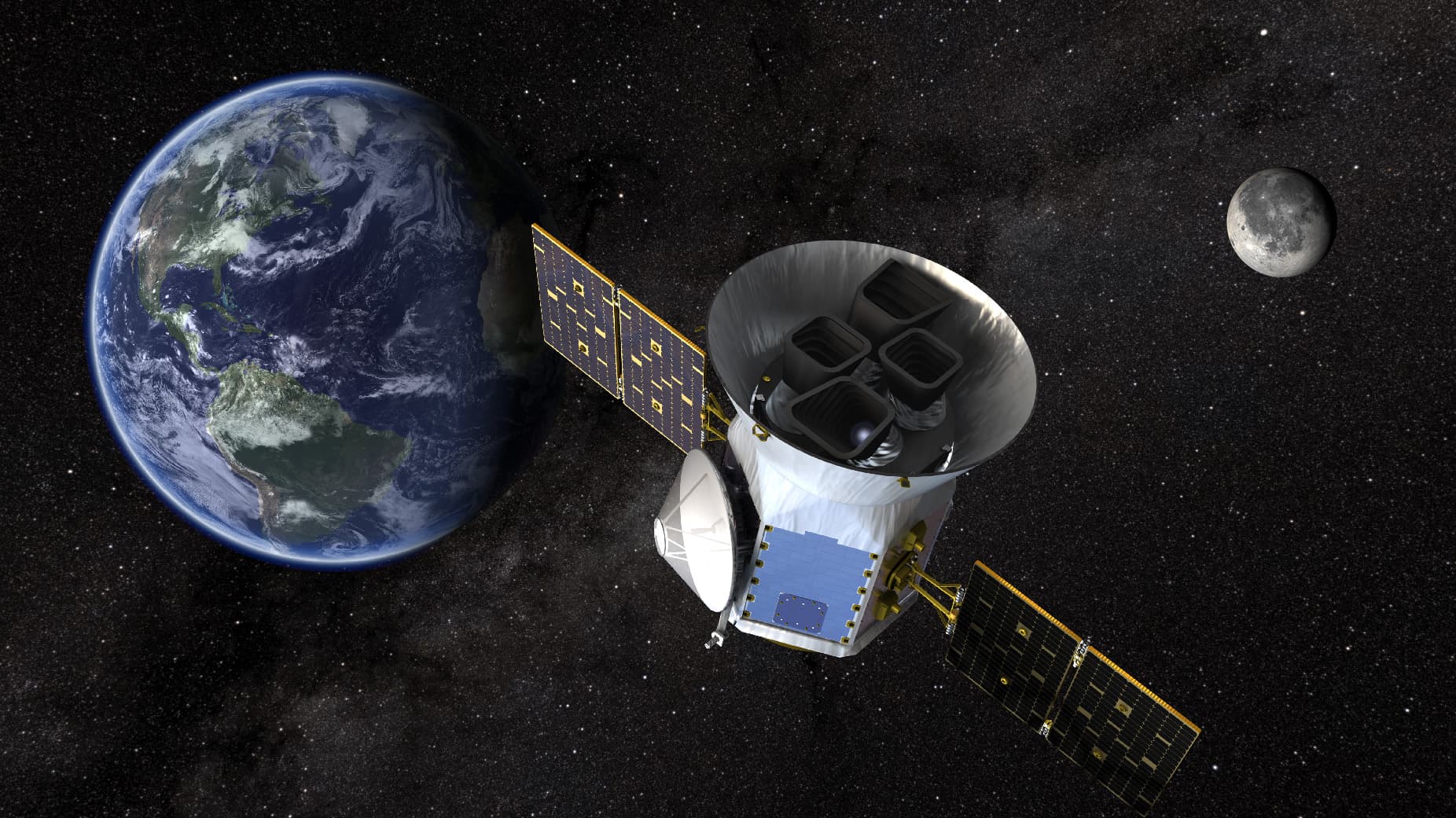 This article has been updated to include information from the 4/18 launch.

Boiling atmospheres, roiling winds, dead shells of entities once vibrant — scientists have discovered some pretty amazing exoplanets in the past few years. But what we don't yet know is if any of them host life.

Many of these exoplanets have been too distant to learn much about. But a new mission is seeking out exotic worlds a little closer to home.

On April 18, a new telescope with an eye for exoplanets will launch from Cape Canaveral, Florida, the first of a coming wave of post-Hubble telescopes that will search the sky for foreign worlds.

The launch was intended for April 16, but was been pushed back while the SpaceX team completed further analysis of the Falcon 9's guidance, navigation, and control (GNC) systems.

TESS (Transiting Exoplanet Survey Satellite) will monitor over 200,000 stars for regular changes in brightness produced by a body passing in front of them. That's the technique astronomers have long used to identify new planets, but now they'll get a better look since the observations will take place in space.

Most of the exoplanets discovered by the Kepler satellite, a telescope that has been spotting planets from space since 2009, have been orbiting distant, faint stars. TESS, on the other hand, will focus its four cameras on stars relatively close to Earth, 30 to 100 times brighter than those that Kepler observed. According to NASA, TESS' focus on nearer targets means that TESS planets should be much easier to learn more about, especially since more powerful telescopes, like the hopefully-soon-to-be-launched James Webb Space Telescope, will soon come online.

TESS will also be the first NASA mission shot into space by one of the Falcon 9 reusable rockets. Even more notable, the Falcon 9 will deliver TESS into an orbit around Earth that has never before been attempted: a wide ellipse that will take TESS well beyond the orbit of the Moon, The Guardian reports. Each orbit will take a little under 14 days, and NASA estimates it will be stable enough to remain in position for decades or longer without any need for corrections.

This unusual orbit means that TESS will have almost a constant view of the stars, unobstructed by the Moon or Earth itself. The only gaps will come when the telescope is at its closest point to Earth, when it will point an antenna towards Earth for 16 hours to beam back what it's discovered.

The SpaceX Falcon 9 rocket took off from Cape Canaveral at 6:51 PM ET as scheduled. The mission achieved its primary goal — launching TESS into orbit — and its secondary goal of landing its reusable first stage (aka fairing) on SpaceX's drone ship, dubbed "Of Course I Still Love You." That's notable because, in another launch last month, SpaceX didn't recover the fairing, a $6 million mistake. SpaceX will follow up later to confirm that TESS is on its correct course. But since everything else went well, it's likely where it should be.

Read This Next
Rolling Coal
Space Travel Will Absolutely Gut the Environment, Scientists Warn
Carbon-Based
NASA Rover Finds New Potential Evidence for Ancient Life on Mars
Futurism
Free Speech Champion Elon Musk Fires Employees for Criticizing Him
So Long
Tragedy! NASA Says the Voyager Space Probes are Powering Down
Expect Delays
Scathing Report Admits NASA Is Years Behind Moon Landing Schedule
More on Off World
Gifts For Mom
Tuesday on the byte
Jeff Bezos Ditches Plan to Land Rockets on Ship Named for His Mom
space salad
Tuesday on the byte
NASA Astronauts Harvest Delicious Space Vegetables, Sans Soil
Going Down
Jun 25 on the byte
Scientists Say the Sun Is Acting Up and Causing Satellites to Fall Back to Earth
READ MORE STORIES ABOUT / Off World
Keep up.
Subscribe to our daily newsletter to keep in touch with the subjects shaping our future.
+Social+Newsletter
TopicsAbout UsContact Us
Copyright ©, Camden Media Inc All Rights Reserved. See our User Agreement, Privacy Policy and Data Use Policy. The material on this site may not be reproduced, distributed, transmitted, cached or otherwise used, except with prior written permission of Futurism. Fonts by Typekit and Monotype.