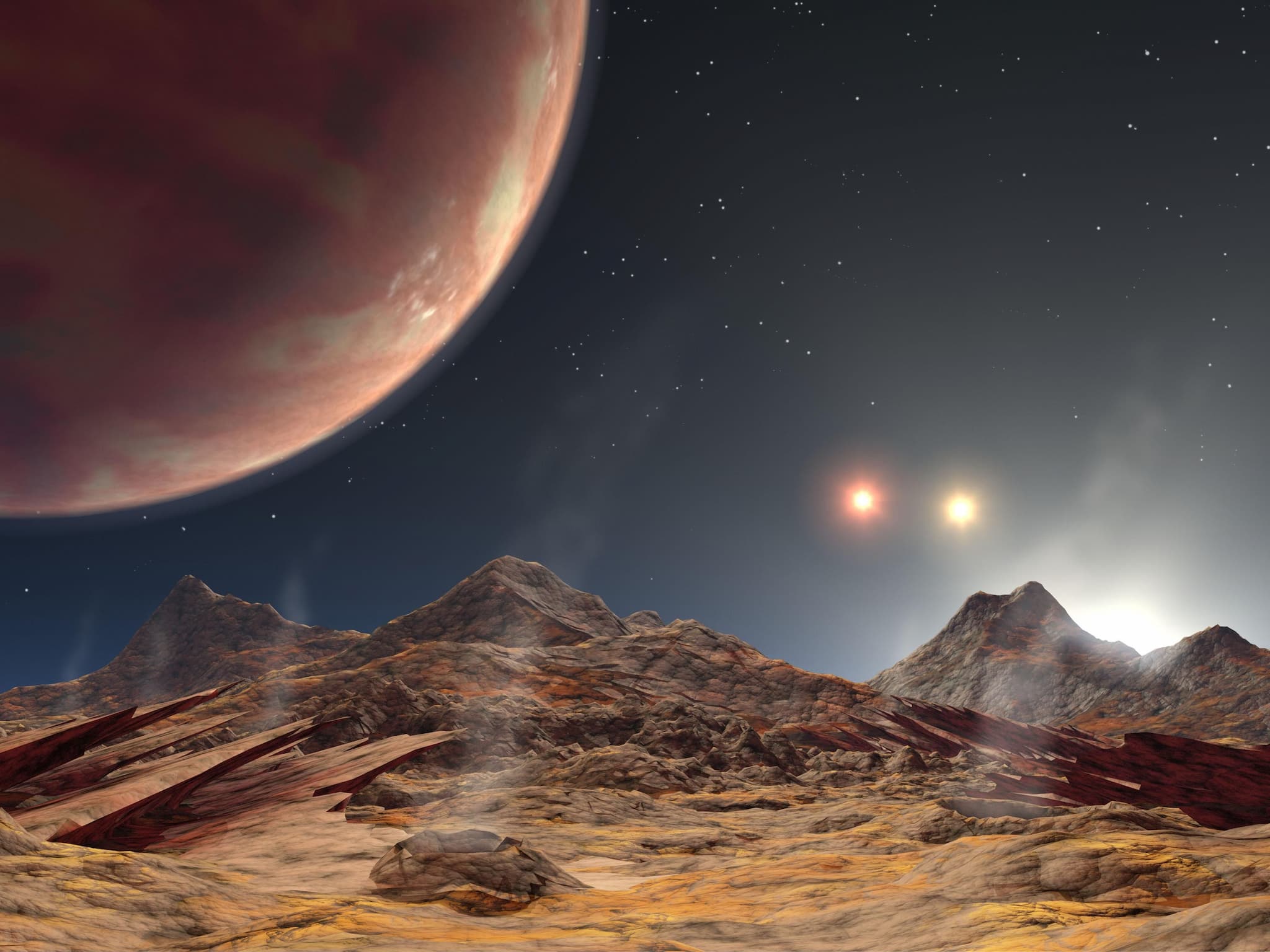 The Air of Life

So far, the search for extraterrestrial life has primarily centered on finding two basic clues on alien planets: the presence of water above or below the planet's surface and significant levels of oxygen in its atmosphere. However, in a new study published in the journal Science Advances, a team of scientists from the University of Washington (UW) detail a novel biosignature search strategy not limited solely to oxygen levels.

“This idea of looking for atmospheric oxygen as a biosignature has been around for a long time. And it's a good strategy — it's very hard to make much oxygen without life," study author Joshua Krissansen-Totton, a UW postdoctoral student, said in a press release.

"But we don't want to put all our eggs in one basket," he added. "Even if life is common in the cosmos, we have no idea if it will be life that makes oxygen. The biochemistry of oxygen production is very complex and could be quite rare."

By looking at the Earth's own planetary history, specifically by going back to the period of "chemical disequilibrium" — that time in the early years of the Earth's development when gasses that shouldn't have been around without the presence of life emerged — the team identified a promising biosignature.

"We need to look for fairly abundant methane and carbon dioxide on a world that has liquid water at its surface, and find an absence of carbon monoxide," co-author David Catling, a UW professor of Earth and space sciences, said in the press release. "Our study shows that this combination would be a compelling sign of life."

According to the team's research, methane could find its way into a planet's atmosphere in a number of ways, such as asteroid surface impacts, reactions of rocks and water, or emissions from the planet's interior. However, they claim it is extremely unlikely that abundant levels of methane would be present without some form of biological activity on the planet.

Meanwhile, the carbon atoms of carbon dioxide and methane represent opposite levels of oxidation, so their coexistence is another clue. "[Y]ou've got these extreme levels of oxidation. And it's hard to do that through non-biological processes without also producing carbon monoxide, which is intermediate," said Krissansen-Totton. "For example, planets with volcanoes that belch out carbon dioxide and methane will also tend to belch out carbon monoxide."

Ultimately, this biosignature could point to the existence of life forms that produce methane. "Life that makes methane uses a simple metabolism, is ubiquitous, and has been around through much of Earth's history," said Krissansen-Totton. "It's an easy thing to do so it's potentially more common than oxygen-producing life."

The next step, the researchers said, is to examine the atmospheres of Earth-like exoplanets that have water to see if any boast this chemical combination. They believe that the development of more advanced and powerful telescopes, particularly the much anticipated James Webb Space Telescope (JWST), could be crucial to this endeavor.

Perhaps the most exciting aspect of this research is that it is completely "doable," as Catling pointed out in the press release. We wouldn't have to develop brand-new technology or wait for probes to reach distant planets. We could expand the hunt for extraterrestrial life almost right away.

Read This Next
Accuracy Wall
Harvard and MIT Scientists Warn That James Webb Data May Not Be What It Seems
Outing Life
Swiss Government Scientist Says We May Be on the Brink of Discovering Alien Life
Sun Gazer
Researchers Want to Use the Sun As a Giant Telescope to Look for Aliens
Space Invaders
Study: There May Be as Many as Four Evil Civilizations in Our Galaxy
Search for Life
Former Astronaut Suggests Specific Planet for James Webb to Search for Life
More on Off World
Grrrrrrrr
4:06 PM on the byte
Internet Erupts as NASA Spots Cartoon Bear on Surface of Mars
Gl1tc4
2:44 PM on the byte
NASA Says Another James Webb Instrument Has Suffered a Glitch
comet Spotting
2:06 PM on the byte
Behold! Dazzling Green Comet Approaches
READ MORE STORIES ABOUT / Off World
Keep up.
Subscribe to our daily newsletter to keep in touch with the subjects shaping our future.
+Social+Newsletter
TopicsAbout UsContact Us
Copyright ©, Camden Media Inc All Rights Reserved. See our User Agreement, Privacy Policy and Data Use Policy. The material on this site may not be reproduced, distributed, transmitted, cached or otherwise used, except with prior written permission of Futurism. Articles may contain affiliate links which enable us to share in the revenue of any purchases made.
Fonts by Typekit and Monotype.