Pushed back only a few months, NASA wants to ensure the integration of the spacecraft. 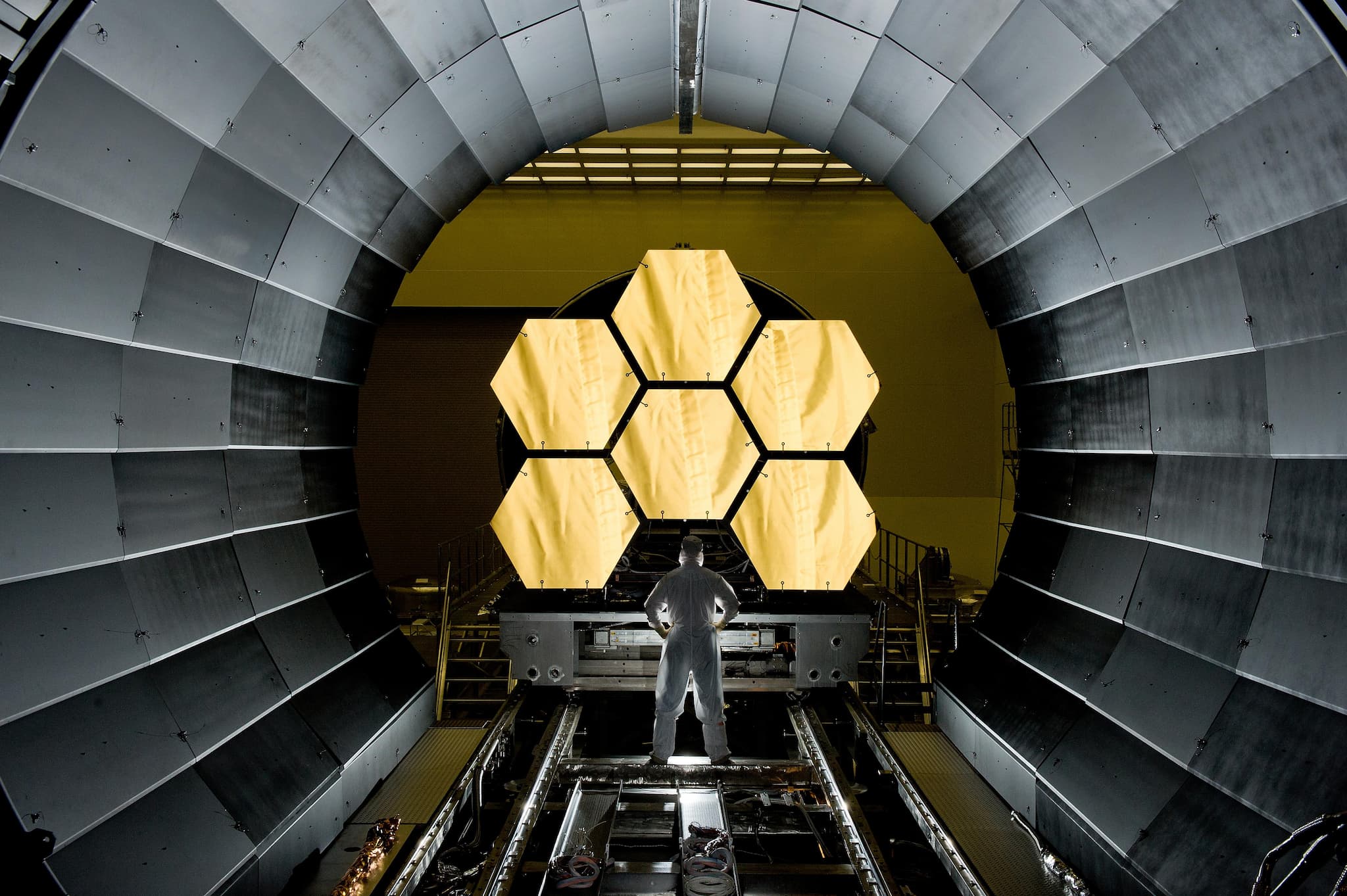 NASA's James Webb Space Telescope (JWST), the world's most powerful telescope to date and the successor to the Hubble Space Telescope (HST), will have a few extra months before it's launched into orbit. After the latest check on outstanding technical issues and integration work, NASA pushed back the launch date from October 2018 to between March and June 2019. The delay has to do with the integration of the spacecraft bus and sunshield that will bring the telescope into orbit; a process that is taking more time than predicted. There are no problems with the telescope itself.

“Webb's spacecraft and sunshield are larger and more complex than most spacecraft,” JWST program director Eric Smith announced with NASA. “The combination of some integration activities taking longer than initially planned, such as the installation of more than 100 sunshield membrane release devices, factoring in lessons learned from earlier testing, like longer time spans for vibration testing, has meant the integration and testing process is just taking longer. Considering the investment NASA has made, and the good performance to date, we want to proceed very systematically through these tests to be ready for a Spring 2019 launch.”

The 18 gold-plated beryllium mirror segments of the JWST are now being cryogenically tested in NASA's enormous Chamber A of Houston's Johnson Space Center. The telescope passed its testing time with flying colors, surviving in space-like conditions with temperatures below -250 C (-420 F), and it is now thawing out so it can be removed from the testing chamber. Next, the JWST will be moved to the Redondo Beach facilities for integration with the spacecraft.

The gold telescope's massively powerful primary mirror is 6.5 meters in diameter and should be able to perceive objects up to 16 times fainter than the Hubble. It can also collect infrared light, making it possible for astronomers to see further back into space and time than ever before. The JWST will investigate our Solar System's origins by observing the Trojan asteroids and the three largest low-albedo asteroids. It will also help scientists to protect Earth by exploring near-Earth objects. Also on the agenda for the JWST are investigations of geological phenomena and the atmosphere on Saturn, Neptune’s south polar vortex, and Jupiter’s Great Red Spot, as well as the potential for life on various far-off exoplanets.

The JWST will be launched by the European Space Agency (ESA), and hopefully, there will be no further delays for the space telescope that “could probably detect a bumblebee on the moon.”

Read This Next
Shoo
Scientists Warn Giant Asteroid Is Actually Swarm, Nearly Impossible to Destroy
A Sip of Opal
NASA Discovers Precious Gemstones on Mars
Moon Wrestling
The Head of NASA Is Scared Chinese Astronauts Will Seize Portions of the Moon
Shot Well
Head of NASA Relieved to Hear Elon Musk Isn't REALLY Running SpaceX
Little Boxes
One Silly Little Detail Is Reportedly Delaying Artemis II by Years
More on Off World
Killernova
6:10 PM on the byte
Scientists Find "One in Ten Billion" Star System Primed to Explode in Titanic Kilonova
Lonely Planet
Yesterday on futurism
Scientists Find Nearby Planet the Same Size of Earth, Plan to Search It for Life
Take Cover
Feb 4 on the byte
Space Startup Blows Up Another Giant Inflatable Space Station Module
READ MORE STORIES ABOUT / Off World
Keep up.
Subscribe to our daily newsletter to keep in touch with the subjects shaping our future.
+Social+Newsletter
TopicsAbout UsContact Us
Copyright ©, Camden Media Inc All Rights Reserved. See our User Agreement, Privacy Policy and Data Use Policy. The material on this site may not be reproduced, distributed, transmitted, cached or otherwise used, except with prior written permission of Futurism. Articles may contain affiliate links which enable us to share in the revenue of any purchases made.
Fonts by Typekit and Monotype.