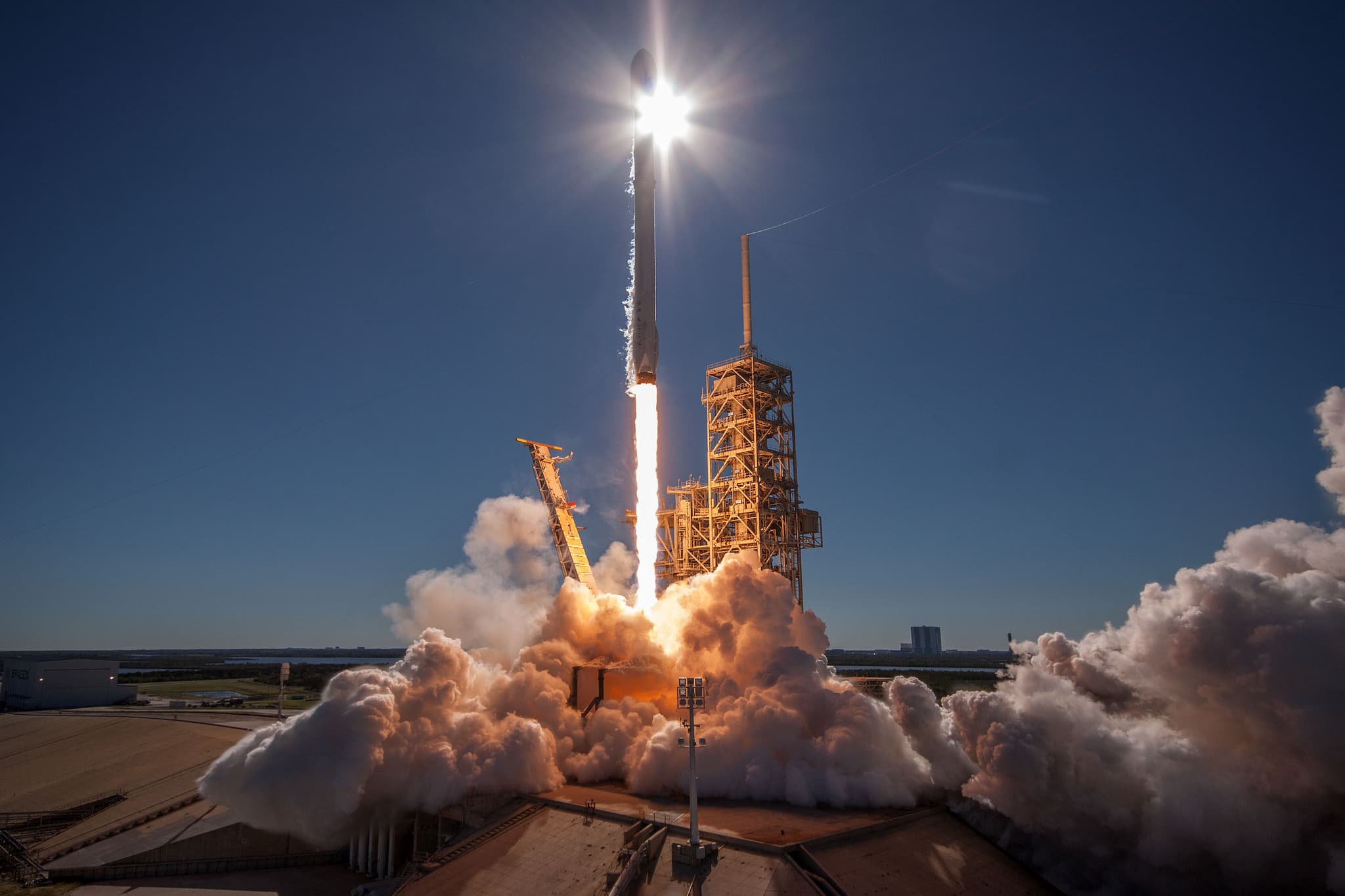 The rocket took off promptly at 12:33 AM, and deployed its payload just shy of 33 minutes later. Several times throughout the livestream, loud cheers could be heard — the SpaceX team applauded its achievement at each phase of the successful deployment and separation.

Since everything appeared to go according to plan, the satellite should now be in its highly elliptical geostationary transfer orbit (GTO) around Earth.

If the rocket is reusable, it's a moot point now — SpaceX made no attempt to land the rocket, due to forecasted choppy weather in the Atlantic, according to a press release.

The mission was originally scheduled to take off on February 25. But SpaceX needed to do more tests to make sure the rocket's payload fairing, the shield that protects the payload shortly after launch, was properly pressurized, according to SpaceFlightNow. So the launch was pushed to today.

Weighing in at 6,092 kilograms (13,400 pounds), the satellite, dubbed the Hispasat 30W-6, marks Falcon 9's heaviest payload ever, The Verge reports. Now that it's presumably in orbit, the satellite will provide commercial video, data, and broadband service to Hispasat customers as the company expands its coverage to Europe, Africa, and the Americas.

This launch marks SpaceX's fifth completed mission this year, four of which involved the Falcon 9 (the one that did not was the test of the Falcon Heavy, which launched a Tesla Roadster into space), and the Falcon 9's 50th launch to date.

Read This Next
Makeover Scene
Space Tourist Says He's Thinking About Flying SpaceX Craft Up to Fix Hubble
Grain of Salt
There's a Huge Problem With Elon Musk's Promise to Bring Starlink to Iran
Sluggo Mode
SpaceX Has a Major Problem With Its Starlink Internet Connections
Dumpster Fire
SpaceX Tested Starship's Engines and Accidentally Caused a Large Fire
Classified
Here's What the Former Head of NASA Has to Say About the Moon Mission Delay
More on Off World
Watery Grave
Tuesday on the byte
Chinese Military Forcefully Seizes Debris That Philippines Recovered After It Fell From Space
Jetsam
Tuesday on the byte
Lunar Lander Released by NASA’s Artemis 1 Mission Dies
Not Not Accurate
Monday on the byte
Bad Guy in New "Indiana Jones" Movie Is Nazi Who Works at NASA
READ MORE STORIES ABOUT / Off World
Keep up.
Subscribe to our daily newsletter to keep in touch with the subjects shaping our future.
+Social+Newsletter
TopicsAbout UsContact Us
Copyright ©, Camden Media Inc All Rights Reserved. See our User Agreement, Privacy Policy and Data Use Policy. The material on this site may not be reproduced, distributed, transmitted, cached or otherwise used, except with prior written permission of Futurism. Articles may contain affiliate links which enable us to share in the revenue of any purchases made.
Fonts by Typekit and Monotype.