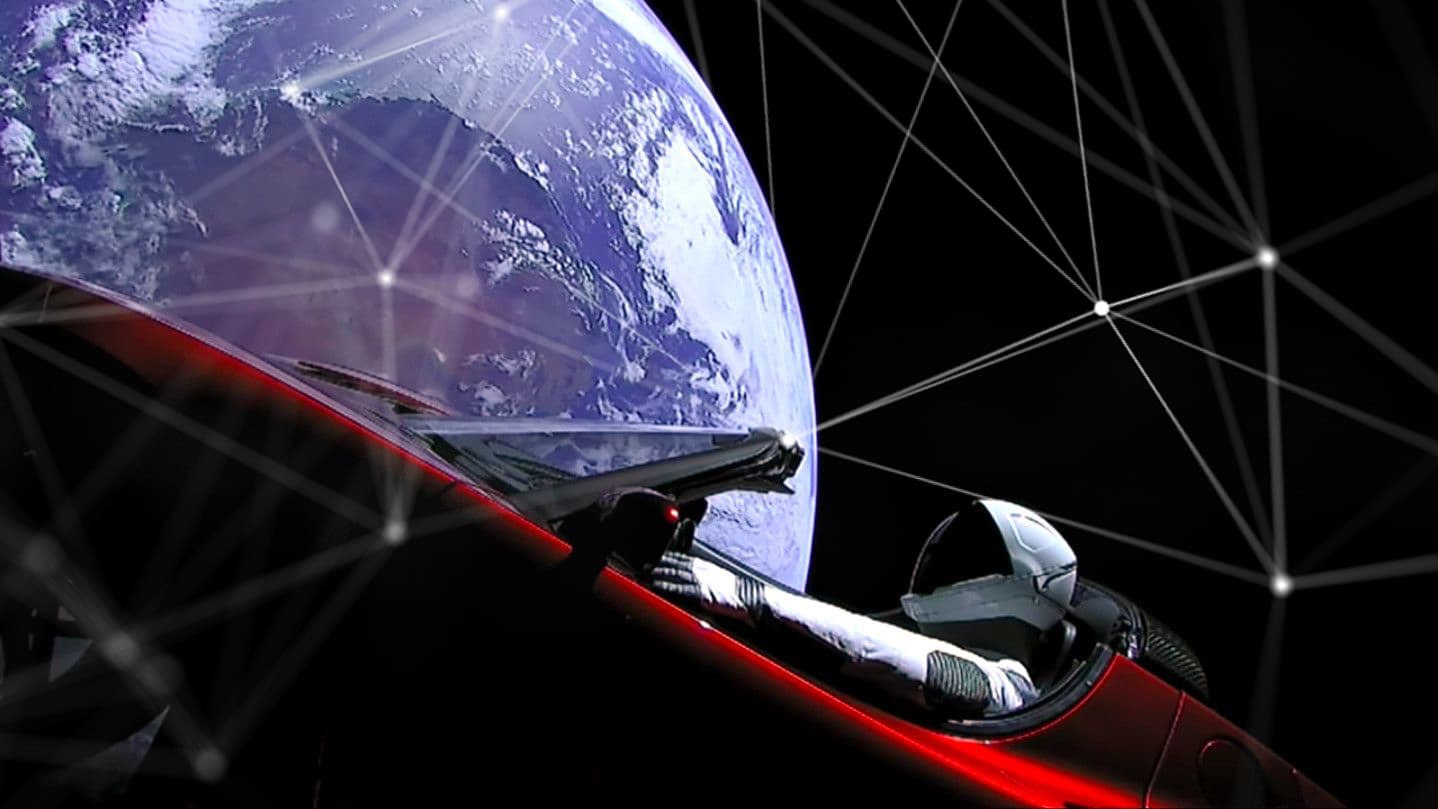 It's been barely two weeks since SpaceX successfully launched the first Falcon Heavy into orbit, and many are curious as to where it and its unconventional passenger are right now. Instead of sending something boring as the Heavy's first payload, SpaceX CEO and founder Elon Musk launched his own Tesla Roadster. On board is a mannequin affectionately called "Starman."

Starman, who is dressed in a SpaceX suit, was supposedly en route towards the orbit of Mars and then towards the asteroid belt, to the tune of David Bowie's music. In any case, Musk has said that Starman's trajectory after launch had gone a bit off from its intended path.

It turns out, it might not have veered off that far, at least according to NASA's Jet Propulsion Laboratory, which released information as to the Roadster's whereabouts. Now, you can keep track of the Roadster and Starman using NASA's data, which engineer Ben Pearson has wonderfully put into a website called Whereisroadster.com.

Pearson was so fascinated by the Falcon Heavy launch that he made his own calculations for Starman's trajectory, partially because he's always been a fan of the SpaceX CEO. “I like that he’s willing to take risks and do cool stuff that people just keep saying it’s not possible and he figures out a way to make it possible," Pearson told The Verge

However, Pearson noticed his results were different from what Musk announced. This made Pearson unease, but NASA's data ended up showing that he was right.

“I was just relieved to know that I wasn’t doing anything critically wrong," Pearson said in his interview with The Verge. "Elon Musk is a visionary man, incredibly far forward, but there’s a reality distortion field when it comes to him."

At any rate, at least we know where it is, which is more than what we can say for the Falcon Heavy's Center Core. For now, SpaceX is barreling ahead with their other projects, including their latest Falcon 9 mission that will launch two of their first internet satellites into space.

Read This Next
Mars Rock Blues
Mars Rock Samples Probably Won't Infect Earth With Deadly Martian Plague, Scientist Says
And Beyond
How NASA Got Price Gouged on the SLS, According to Its Former Second-in-Command
Rolling Coal
Space Travel Will Absolutely Gut the Environment, Scientists Warn
Carbon-Based
NASA Rover Finds New Potential Evidence for Ancient Life on Mars
Futurism
Free Speech Champion Elon Musk Fires Employees for Criticizing Him
More on Off World
CAPSTONE's Back
Yesterday on the byte
Celebration Erupts as NASA Restores Comms With Lost Spacecraft
Satellite Blues
Yesterday on the byte
NASA Still Has No Contact With Spacecraft En Route to the Moon
Bottoms Up
Tuesday on the byte
Scientists Discover Giant Alcohol Molecule Near The Center of Our Galaxy
READ MORE STORIES ABOUT / Off World
Keep up.
Subscribe to our daily newsletter to keep in touch with the subjects shaping our future.
+Social+Newsletter
TopicsAbout UsContact Us
Copyright ©, Camden Media Inc All Rights Reserved. See our User Agreement, Privacy Policy and Data Use Policy. The material on this site may not be reproduced, distributed, transmitted, cached or otherwise used, except with prior written permission of Futurism. Fonts by Typekit and Monotype.