One planet's (space) trash can also be its treasure. 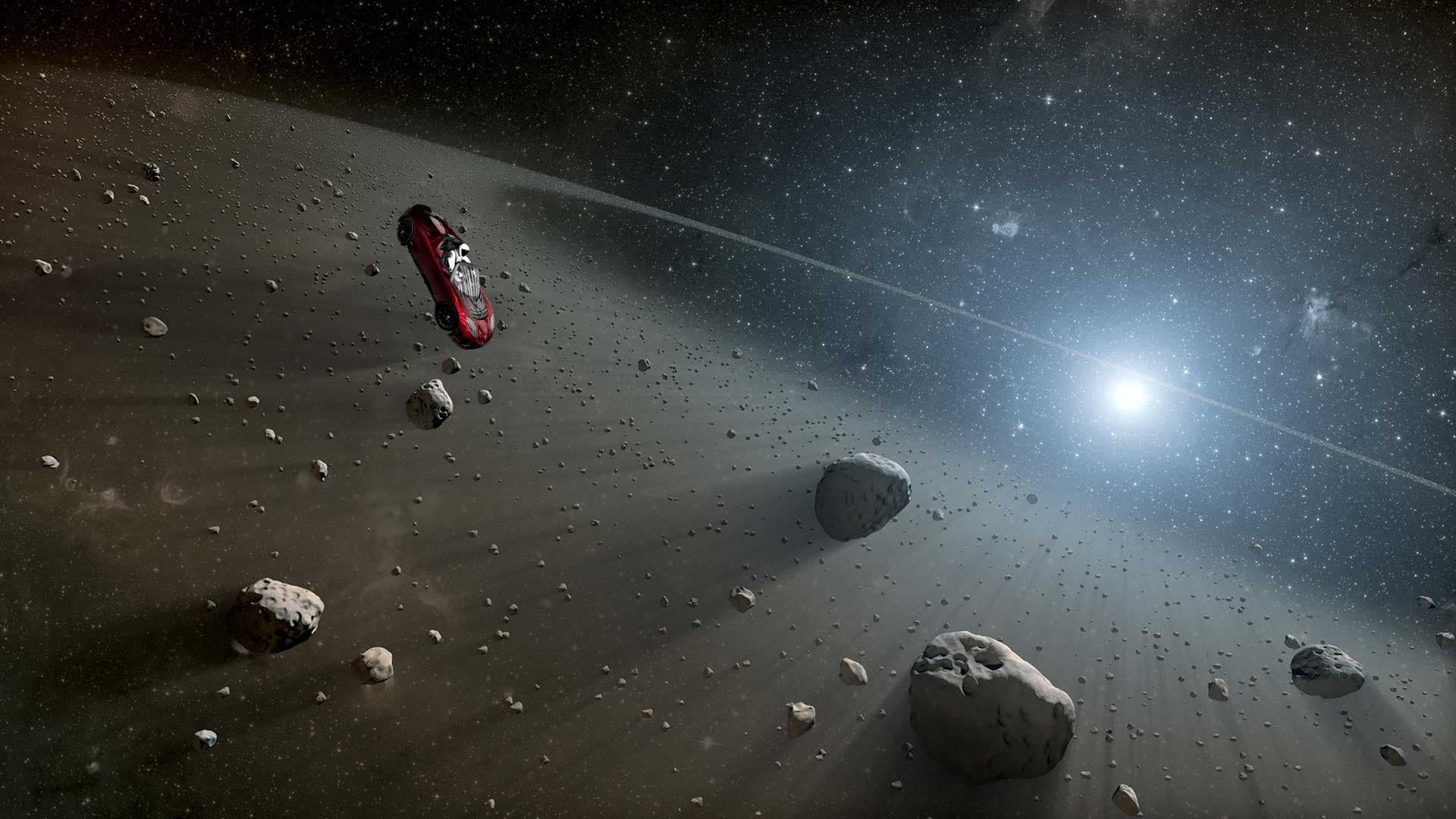 Garbage In Our Celestial Backyard

SpaceX just made it through a successful maiden launch for their Falcon Heavy, the biggest rocket yet to have come from Elon Musk's company. For its first payload, the Heavy jettisoned Musk's own Tesla Roadster into space, on a path that was intended to bring its "passenger" — nicknamed Starman — into Martian orbit.

Undoubtedly, the event is historic. Some, however, note that Musk may be contributing to the already-growing host of space junk floating around Mars. And speaking of space junk: it's as good a time as any to re-evaluate the Earth's own burgeoning collection of space debris.

At present, there are more than 500,000 pieces of debris floating or orbiting around Earth. These come from various sources, though most originated as parts of satellites and rockets we've been sending out to space for the past seven decades or so.

Around 20,000 of these are detectable objects, or those bigger than 10 cm, according to Stuart Grey, a mechanical and aerospace engineering teaching fellow at Scotland's University of Strathclyde.

Among the detectable objects, "just over half are fragmentation debris resulting from collisions. About a quarter are spacecraft (of which about 1500 are active) and the rest is made up of rocket bodies and mission debris," Grey told Futurism. The overall picture these fragments paint seems even more distressing: "If instead we look at the mass of the objects in orbit we find that there are about 8000 metric tons of man-made material in orbit around the Earth," Grey added.

In short, there's just too much litter floating around the planet to be safe in the long term. But what if we could look at space debris in a different light? After all, most of space junk is comprised of the quite-expensive materials that are used to build rockets and satellites. Could space junk therefore be a floating resource that remains un-utilized?

"These objects are made out of very specific materials that are very expensive to produce, and it is tempting to think of them as a resource just waiting to be used," Grey explained. "The problem with this idea comes from the effort needed to catch and utilize these "resources.""

Grey explained that objects in low Earth orbit move extremely fast, around 7 kilometers (4.3 miles) per second. That makes them difficult to catch; building rockets designed to run down such speedy debris would be too costly for the effort.

This doesn't mean that these pieces of space junk should just be left floating out there. In fact, various efforts to clean space debris are already in the works. "The mechanisms that are being developed at the moment focus on very simple techniques and echo the techniques used for centuries to catch large wild animals such as harpoons and nets," Grey explained. "These have still to be tested in orbit but a number of missions are planned in the near future, such as ESA’s e.Deorbit."

Scientists and engineers from the NASA Innovative Advanced Concepts (NIAC) Program suggest something similar: using a spacecraft thinner than human hair that can wrap around space debris like a net. Other consider zapping space debris with laser. All of these concepts, as Grey noted, remain largely on the drawing board.

Fortunately, or perhaps unfortunately, we've got time. Space debris in higher Earth orbit will stay there for quite a while. "While objects in low Earth orbit will de-orbit in a matter of months or years, objects in higher orbits such as [Global Navigation Satellite System] satellites in medium Earth orbit, and satellites in geostationary orbits, will still be in orbit hundreds and even thousands of years into the future," Grey explained.

The thing is, we continue to contribute to space debris even as we ponder how to resolve it. Whether or not we figure out a way to use space junk as a resource, it's imperative that we do something about it — perhaps sooner rather than later.

Disclaimer: This article has been updated. A previous version stated that there are 200,000 detectable pieces of debris. This has been corrected to 20,000. Futurism regrets the error.

Read This Next
Duck and Roll
Russia Forced to Dodge Space Debris From When It Blew Up Satellite
Blowing Up Satellites
Russia Says Actually It's Fine That It Blew Up a Satellite, Filled Orbit With Deadly Space Junk
Space Junk
ISS Astronauts Shelter in Escape Vehicles as Mysterious Debris Threatens Station
Dodged
SpaceX's Spacecraft Just Had a Near Collision With an Unidentified Object
1-800 Space Junk
Space Debris Trackers Warn of "Explosions in Orbit"
More on Off World
Putting Things In...
Yesterday on futurism
Amazing Artemis Photo Shows Every Human, Alive or Dead, Plus the Moon
Love It or List It
Yesterday on the byte
NASA Hires Company to 3D Print American Base on the Moon
Shine Bright
Yesterday on the byte
Astronomers Annoyed at Ludicrously Bright SpaceX-Launched Satellite
READ MORE STORIES ABOUT / Off World
Keep up.
Subscribe to our daily newsletter to keep in touch with the subjects shaping our future.
+Social+Newsletter
TopicsAbout UsContact Us
Copyright ©, Camden Media Inc All Rights Reserved. See our User Agreement, Privacy Policy and Data Use Policy. The material on this site may not be reproduced, distributed, transmitted, cached or otherwise used, except with prior written permission of Futurism. Articles may contain affiliate links which enable us to share in the revenue of any purchases made.
Fonts by Typekit and Monotype.