The rocket is officially legal to launch February 6th. 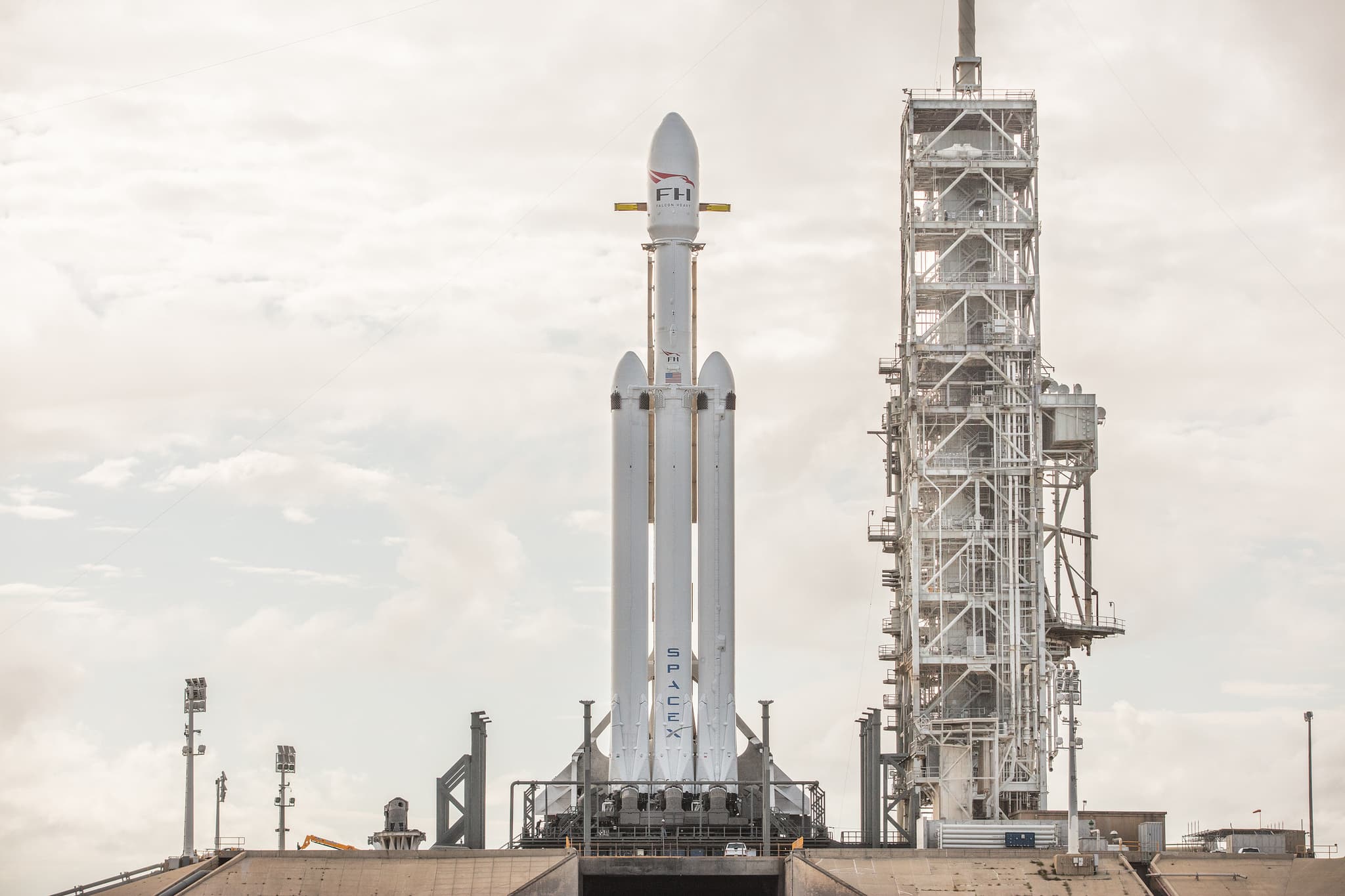 SpaceX's Falcon Heavy rocket is currently sitting at Cape Canaveral in Florida, with successful testing under its belt, ready to launch into orbit. The rocket passed static fire testing with flying (or rather, burning) colors last week. SpaceX then confirmed that if all goes according to plan, the Falcon Heavy would be ready for launch by February 6th.

Aiming for first flight of Falcon Heavy on Feb 6 from Apollo launchpad 39A at Cape Kennedy. Easy viewing from the public causeway.

On Saturday, SpaceX's Falcon Heavy received a launch license from the Federal Aviation Administration for the rocket's first launch — which is, indeed, scheduled for February 6th.

This license covers only this first, inaugural, launch as every commercial launch in the U.S. need to acquire a license. It is possible, due to weather or unforeseen events, that the launch could be pushed to the 7th. For now, at least, the rocket is all systems go for this coming Tuesday.

The Falcon Heavy rocket will launch with a Tesla roadster within its payload — a playful way to put its weight-carrying ability to the test. The Falcon Heavy could be an enormous asset in conjunction with other missions, as well as solo missions, to carry more extensive payloads into space. This could have implications for any extended missions to the Moon, longer stays on the ISS, or beyond.

As some have pointed out, given where SpaceX has long had its sights set, the Falcon Heavy could be our best bet for reaching Mars.

From when the first Falcon 1 launched in 2006 (which failed during ascent) to the recent, successful launch of the Falcon 9 rocket (which carried a classified satellite into orbit) SpaceX has come a long way. Now they seem ready to go beyond.

The Falcon Heavy has come to represent a new age of rocket technology and space exploration. Payloads are increasing, and the stakes are higher than they have ever been before for the relatively new company. It will surely be a thrill to anticipate the history-making launch that's been a long time coming, but now, is just a few days away.