That's more than all the spacecraft currently orbiting Earth combined. 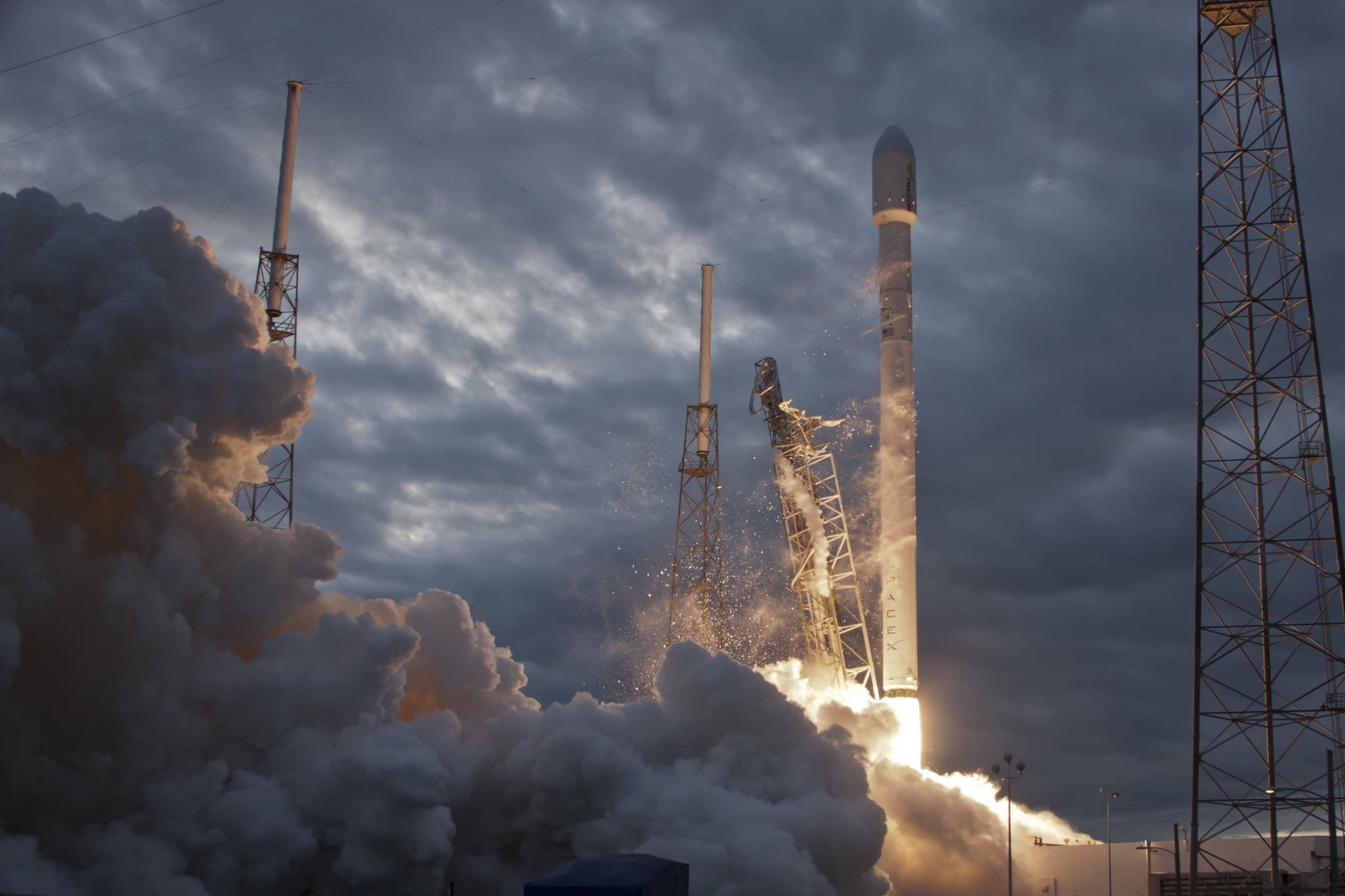 Today's Falcon 9 reusable rocket launch may not be quite as headline-making as the Falcon Heavy's epic sendoff a few weeks earlier, but it was nothing to sneeze at either. After all, Elon Musk does not simply launch a rocket. No, the SpaceX CEO prefers to break records. Or better yet, set them.

While the primary mission of Thursday's launch was to carry Spain's newest Earth-observation satellite, known as Paz, the rocket's payload also included SpaceX's first two internet satellites. It's this pair of spacecraft that could kick off a new phase for the company — and for the global internet as we know it.

Musk has been working on somewhat secretive plans to launch internet satellites into orbit for a couple of years now. Back in 2016, the Federal Communications Commission (FCC) approved the launches of 4,425 SpaceX internet satellites. The company then jacked that number up to almost 12,000 – six times the number of active satellites currently orbiting Earth.

According to data from the Union of Concerned Scientists Satelite Database, there are 1,738 active satellites in orbit right now. Even if you add the 2,600-some inactive satellites, that would still make SpaceX's presence three times that of all other spacecraft in orbit.

At first glance, it may not seem as impressive as launching a Tesla Roadster into space, but these satellites are pretty hefty: they're roughly car-sized — about 390 kg (850 pounds) — and will eventually fill out SpaceX's proposed constellation of satellites that would beam high-speed internet back down to Earth.

To that end, hitching a ride with Paz are two small telecommunication satellite prototypes: Microsat-2a and Microsat-2br. They'll be the first of what SpaceX ultimately hopes will become two large groups of internet-beaming satellites, each operating on a different radio frequency.

Of the 12 grand, 4,425 SpaceX internet satellites will be positioned about 1,1oo km (700 miles) above Earth and the other 7,518 will orbit just 300 km (200 miles) above. The sheer number of the satellites, their varying positions in orbit, and their beaming-ability pose a formidable challenge for SpaceX.

The company will need to ensure the satellites can coordinate with receivers on Earth, for one. Then there's the more fundamental question of how they'll manage to keep track of so many objects in orbit and prevent them from colliding.

But if he can actually assemble this fleet of satellites, Musk says the network (informally known as Starlink, according to the Wall Street Journal) could provide internet to virtually any location on Earth. Such a network would lift the burden of developing internet infrastructure off of the developing world — in which less than half the population has ready access to the internet.

When Musk initially requested permission from the FCC to start this project in 2015, he said at SpaceX Seattle that the goal for the network would be to handle more than half of long-distance internet traffic. This would allow faster and more direct communication between different continents than is currently possible, Musk said.

That said, the impact on local internet communications would be less dramatic. Starlink would probably handle only 10 percent business-to-consumer direct — leaving the other 90 percent of local access to fiber. But that reality could only be for the short term.

"We're really talking about something which is, in the long term, like rebuilding the internet in space," Musk said at SpaceX Seattle. And after today's successful launch, it seems like SpaceX is one step closer to doing just that.

Read This Next
Shot Well
Head of NASA Relieved to Hear Elon Musk Isn't REALLY Running SpaceX
Makeover Scene
Space Tourist Says He's Thinking About Flying SpaceX Craft Up to Fix Hubble
Grain of Salt
There's a Huge Problem With Elon Musk's Promise to Bring Starlink to Iran
Sluggo Mode
SpaceX Has a Major Problem With Its Starlink Internet Connections
Sabers Rattled
Russia Issues Veiled Threat to Shoot Down Pesky SpaceX Satellites
More on Off World
Grrrrrrrr
Yesterday on the byte
Internet Erupts as NASA Spots Cartoon Bear on Surface of Mars
Gl1tc4
Yesterday on the byte
NASA Says Another James Webb Instrument Has Suffered a Glitch
comet Spotting
Yesterday on the byte
Behold! Dazzling Green Comet Approaches
READ MORE STORIES ABOUT / Off World
Keep up.
Subscribe to our daily newsletter to keep in touch with the subjects shaping our future.
+Social+Newsletter
TopicsAbout UsContact Us
Copyright ©, Camden Media Inc All Rights Reserved. See our User Agreement, Privacy Policy and Data Use Policy. The material on this site may not be reproduced, distributed, transmitted, cached or otherwise used, except with prior written permission of Futurism. Articles may contain affiliate links which enable us to share in the revenue of any purchases made.
Fonts by Typekit and Monotype.