SpaceX's Falcon Heavy Launch Has Been Delayed Once Again

The company will perform an engine test next month, but the launch has been pushed to early 2018. 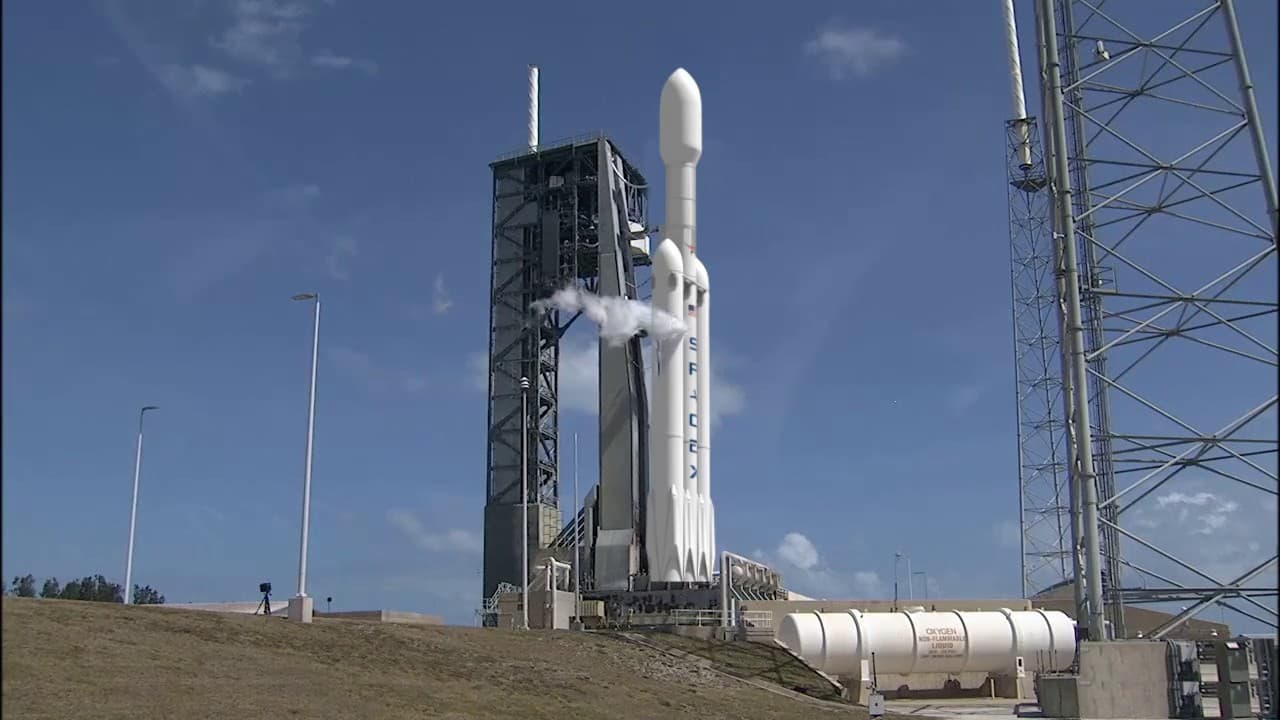 The oft-delayed launch of SpaceX's Falcon Heavy rocket is now set for early 2018. While a hold-down firing of its Merlin engines is still scheduled for December, company officials have confirmed that a full launch won't take place until January.

SpaceX didn't give a specific date for the launch, which was previously expected to take place between December 20 and 31. However, it was noted that it will take place a few weeks after the engine test.

That static fire will be the first time that SpaceX has attempted to engage the 27 Merlin engines required to launch Falcon Heavy at once. At full power, they're capable of generating 5.1 million pounds of thrust – more than any other present-day rocket, according to a report from Spaceflight Now.

Falcon Heavy is an incredibly important project in terms of SpaceX's extra-terrestrial ambitions. It's set to carry two passengers on a week-long trip around the Moon by the end of 2018, in a groundbreaking commercial expedition.

Of course, that's assuming that the rocket can be perfected by then. Elon Musk has made efforts to tamper expectations for the maiden voyage, noting that there's a real threat that Falcon Heavy might not make it to orbit. A failed launch would certainly have consequences for SpaceX – but at this point, it seems unlikely that it would cause the company to drop its aspirations to travel to the Moon and beyond completely.