Everything You Need to Know About SpaceX's Trip to the Moon 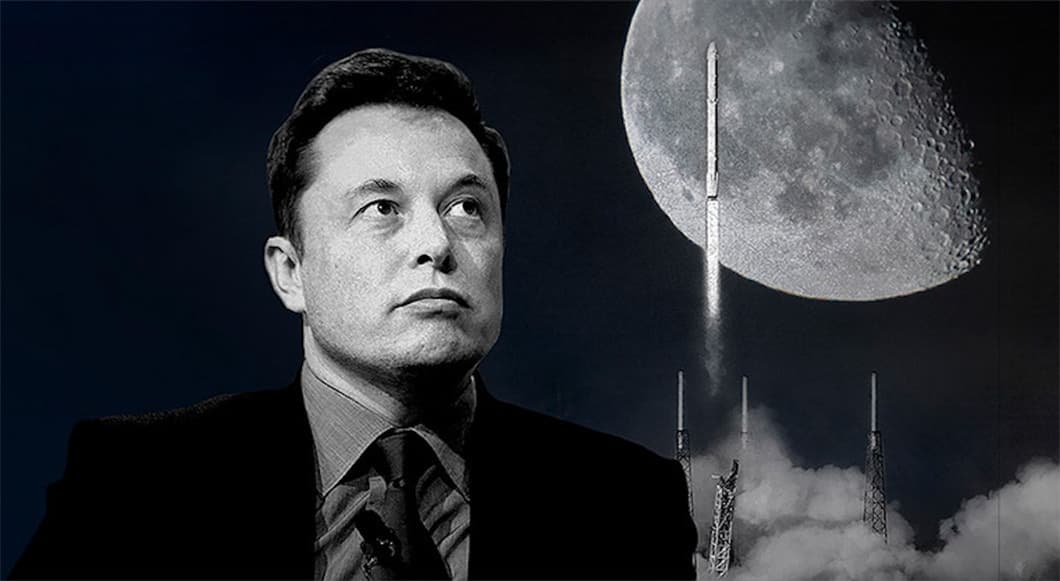 To the Moon and Back, Again

On Monday, SpaceX revealed plans to fly two private citizens around the Moon by late 2018, 45 years after NASA's astronauts last embarked on a lunar mission. Here's a quick rundown of what you need to know about it.

It's a private endeavor. The two passengers actually approached SpaceX and have already paid a significant deposit for the first private space tickets to ever be sold. The passengers will be trained and prepared for this mission, of course. "We expect to conduct health and fitness tests, as well as begin initial training later this year. Other flight teams have also expressed strong interest and we expect more to follow," SpaceX said in a statement.

Though a private mission, it has NASA's approval. “NASA commends its industry partners for reaching higher. We will work closely with SpaceX to ensure it safely meets the contractual obligations to return the launch of astronauts to U.S. soil and continue to successfully deliver supplies to the International Space Station," NASA said in a statement released after Monday's announcement.

A Dragon and a Heavy

SpaceX will use its Crew Dragon spacecraft for this mission. It will be launched via a Falcon Heavy rocket, which is still currently in development but will blast off for a test flight this summer.

A Dragon aboard a Falcon Heavy is set for a crew-less maiden voyage to the International Space Station (ISS) by the end of this year as part of a program with NASA. SpaceX's first crewed flight is slated for the spring of 2018, and the Moon mission will be just the second time the rocket venture company launches people into space.

A Giant Loop for Mankind

It's not a landing mission, really. It's more like a cruise during which the Crew Dragon spacecraft will loop around the Moon.

During the announcement, Musk said the Crew Dragon "would skim the surface of the moon" before heading "further out into deep space" to be thrust back to Earth. According to Time, the mission will follow a "circumlunar trajectory, in which the ship simply swings around the far side of the moon and allows lunar gravity to fling it home, rather than settling into orbit."

The journey will probably take around six to seven days: two to three days going to the Moon and another two to three coming back. Extra supplies of propellants, oxygen, water, etc., will be on board to sustain the passengers.

The biggest hurdle is the launch. SpaceX has had some troubles with those in the past, and this time, people will be on board. The company has been taking extra precautions to ensure the safety of its launches, and it hasn't experienced any mishaps since its Falcon 9 rocket explosion in September.

Reentering the atmosphere is another challenge. Though designed for a touchdown, SpaceX has said previously that its Dragon spacecrafts can safely land anywhere, even on water.

The success of SpaceX's private lunar mission is in everyone's best interests, of course. "Designed from the beginning to carry humans, the Dragon spacecraft already has a long flight heritage. These missions will build upon that heritage, extending it to deep space mission operations, an important milestone as we work towards our ultimate goal of transporting humans to Mars," SpaceX said.

This mission has the potential to usher in an era of deep space tourism — as long as you have the money to pay SpaceX for the tickets, of course.

Read This Next
Moon Wrestling
The Head of NASA Is Scared Chinese Astronauts Will Seize Portions of the Moon
Shot Well
Head of NASA Relieved to Hear Elon Musk Isn't REALLY Running SpaceX
Makeover Scene
Space Tourist Says He's Thinking About Flying SpaceX Craft Up to Fix Hubble
Grain of Salt
There's a Huge Problem With Elon Musk's Promise to Bring Starlink to Iran
Sluggo Mode
SpaceX Has a Major Problem With Its Starlink Internet Connections
More on Off World
Stunning Centaur
Yesterday on the byte
James Webb Spots Asteroid With Its Own Saturn-Like Rings
Grrrrrrrr
Friday on the byte
Internet Erupts as NASA Spots Cartoon Bear on Surface of Mars
Gl1tc4
Friday on the byte
NASA Says Another James Webb Instrument Has Suffered a Glitch
READ MORE STORIES ABOUT / Off World
Keep up.
Subscribe to our daily newsletter to keep in touch with the subjects shaping our future.
+Social+Newsletter
TopicsAbout UsContact Us
Copyright ©, Camden Media Inc All Rights Reserved. See our User Agreement, Privacy Policy and Data Use Policy. The material on this site may not be reproduced, distributed, transmitted, cached or otherwise used, except with prior written permission of Futurism. Articles may contain affiliate links which enable us to share in the revenue of any purchases made.
Fonts by Typekit and Monotype.