See How SpaceX Plans to Launch the Falcon Heavy This November 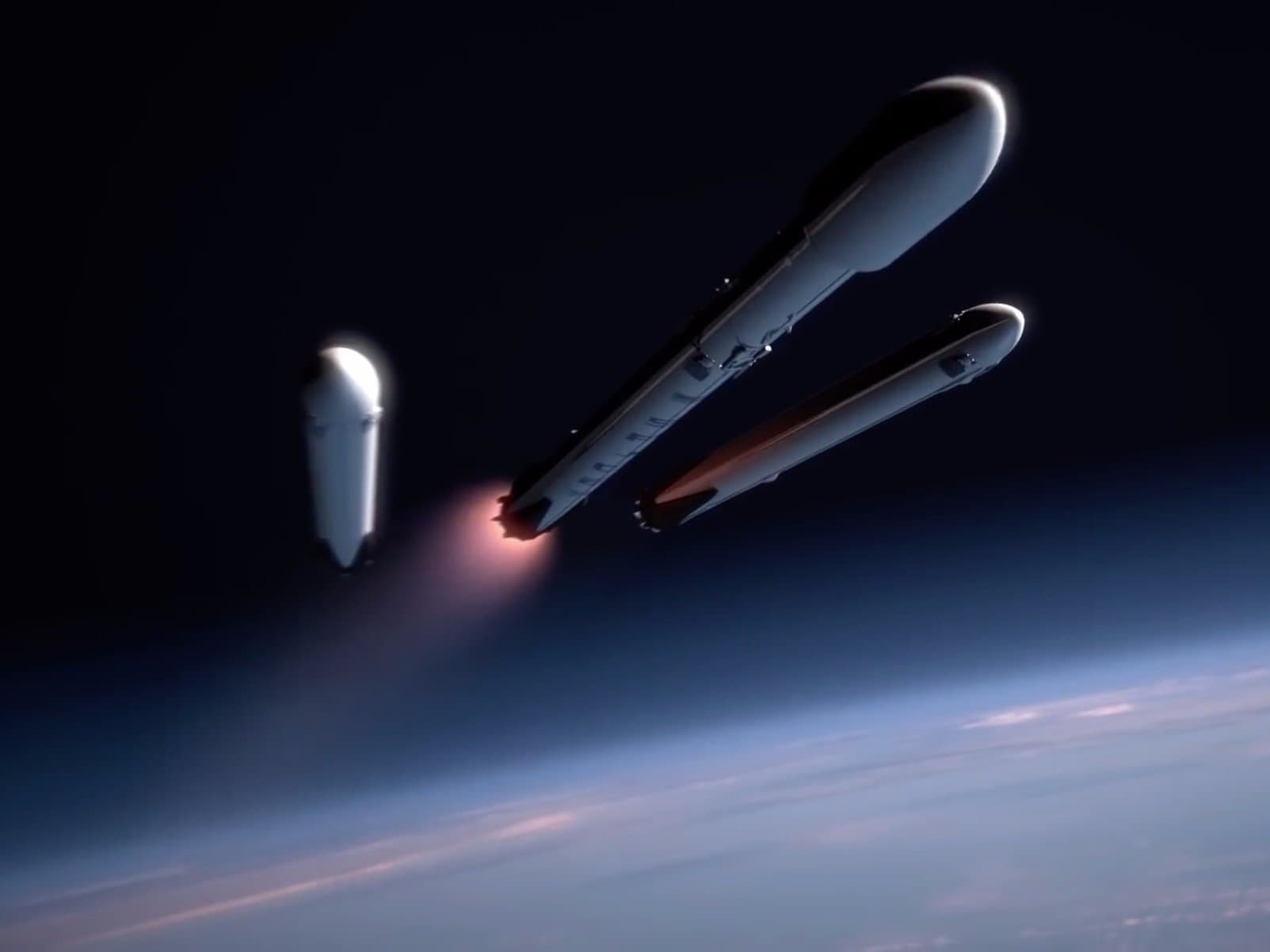 SpaceX founder and CEO Elon Musk took to Instagram earlier today to post the first draft animation video showing a Falcon Heavy launching into space. "[Falcon Heavy] is twice the thrust of the next largest rocket currently flying and ~2/3 thrust of the Saturn V moon rocket," Musk wrote in the Instagram post.

Nearly three times as powerful as the Falcon 9, the Heavy features three rocket cores, with two acting as strap-on boosters on the sides. Each booster carries nine Merlin engines, enough to generate "more than five million pounds [2.3 million kg] of thrust at lift-off," according to SpaceX. And, as the animation video shows, these cores are all built to be fully reusable.

First draft animation of the Falcon Heavy three core launch. FH is twice the thrust of the next largest rocket currently flying and ~2/3 thrust of the Saturn V moon rocket. Lot that can go wrong in the November launch ...

As Musk previously announced in July, the Falcon Heavy is set for its highly anticipated maiden launch this November. When it successfully lifts off, it'll become the most powerful rocket available today.

However, as Musk noted in his post, there's a "lot that can go wrong in the November launch." For instance, each rocket core has to be able to return and land successfully. That's like landing three Falcon 9s at the same time, and we all know how difficult it has been to perfect just one landing.

Still, the world looks forward with hope as the success of the Falcon Heavy launch would put SpaceX one step closer to realizing their plans for missions to Mars.

Read This Next
Makeover Scene
Space Tourist Says He's Thinking About Flying SpaceX Craft Up to Fix Hubble
Grain of Salt
There's a Huge Problem With Elon Musk's Promise to Bring Starlink to Iran
Sluggo Mode
SpaceX Has a Major Problem With Its Starlink Internet Connections
Dumpster Fire
SpaceX Tested Starship's Engines and Accidentally Caused a Large Fire
Classified
Here's What the Former Head of NASA Has to Say About the Moon Mission Delay
More on Off World
Appetite for Dest...
7:05 PM on the byte
Black Hole In "Hyper-Feeding Frenzy" Chews Through Stars and Shoots Its Leftovers Towards Earth
Lunar RGB
Yesterday on the byte
NASA Shows Off Artemis "Party Mode," Powered by Amazon (TM) Alexa (TM)
Putting Things In...
Tuesday on futurism
Amazing Artemis Photo Shows Every Human, Alive or Dead, Plus the Moon
READ MORE STORIES ABOUT / Off World
Keep up.
Subscribe to our daily newsletter to keep in touch with the subjects shaping our future.
+Social+Newsletter
TopicsAbout UsContact Us
Copyright ©, Camden Media Inc All Rights Reserved. See our User Agreement, Privacy Policy and Data Use Policy. The material on this site may not be reproduced, distributed, transmitted, cached or otherwise used, except with prior written permission of Futurism. Articles may contain affiliate links which enable us to share in the revenue of any purchases made.
Fonts by Typekit and Monotype.