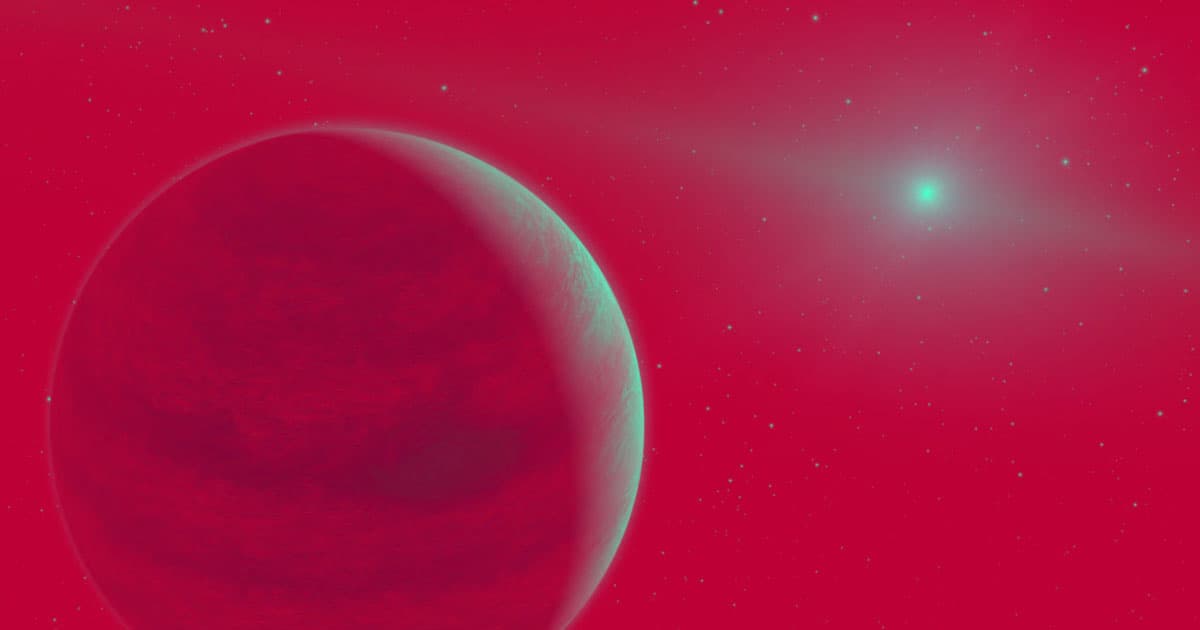 Newly Discovered Exoplanet Is "Unlike Any Other"

It slingshots around its star in a truly strange orbit.

It slingshots around its star in a truly strange orbit.

First of Its Kind

About 100 light-years from Earth is a star called HR 5183, and circling that star is HR 5183 b — an exoplanet whose strange orbit makes it wholly unique.

"This planet is unlike the planets in our solar system," Caltech researcher Sarah Blunt, who recently co-authored a study on HR 5183 b, said in a press release, "but more than that, it is unlike any other exoplanets we have discovered so far."

According to the team's study, which has been accepted for publication in The Astronomical Journal, HR 5183 b spends most of its year — believed to be equivalent to anywhere between 45 and 100 Earth years — on the outskirts of its solar system.

But then, it accelerates inward, slingshotting around its star.

In our own solar system, this would be the equivalent of a planet swinging from beyond Neptune into the asteroid belt between Mars and Jupiter.

Typically, exoplanets far away from their stars have circular orbits, Blunt said in the press release, meaning something about HR 5183 b's evolution or formation must have been atypical to cause its strange elliptical orbit.

The researchers suggest that perhaps the exoplanet formed with a similarly sized neighbor, and when the two got too close to one another, HR 5183 b received a gravitational kick — forcing it into the strange orbit that now sets it apart from all other exoplanets in the known universe.

More on exoplanets: Scientists Just Found a Hellish Exoplanet Shaped Like a Football