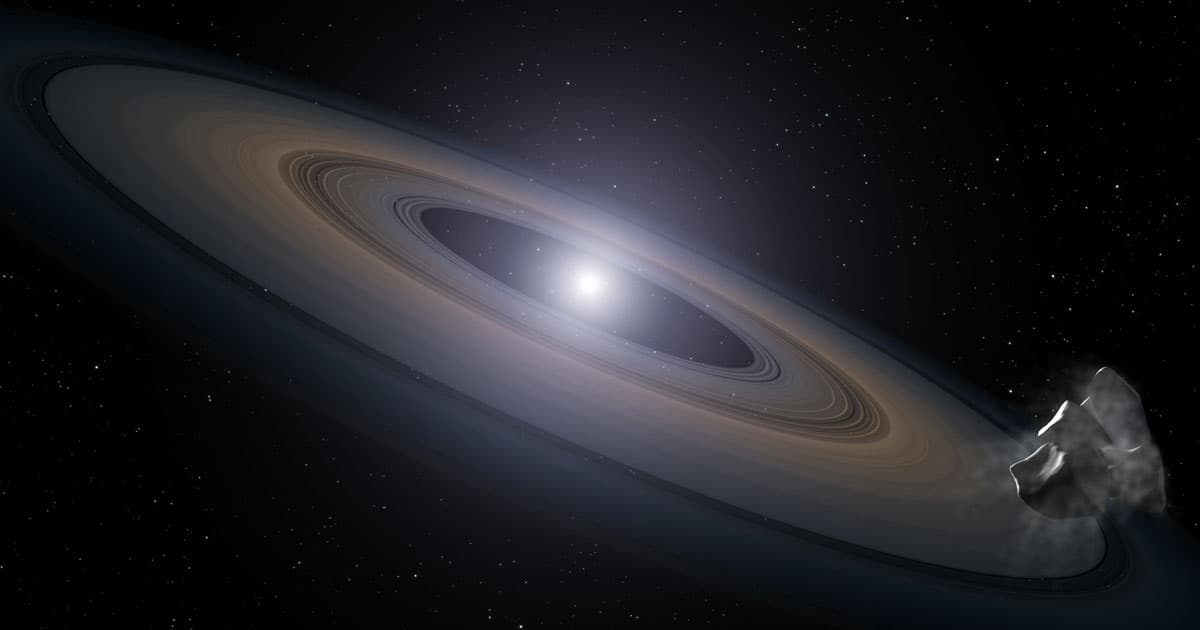 Scientists Just Found a Dead Star Lodged Inside Another Star

A Star Is Born

Peering at the opposite side of our galaxy, Australian astronomers just spotted the carcass of one of the oldest stars in the known universe — hiding inside another ancient-but-still-living red giant.

The first star's supernova was particularly weak, so most of its cosmic remains stayed in place, serving as an extremely-dense seed for the star that formed around it, according to an Australian National University press release. The bizarre Russian nesting doll stars give astronomers a rare opportunity to test their models and predictions for how the universe's oldest stars formed and eventually died.

These early stars lived fast and died quickly, according to Popular Mechanics, because the universe was still lacking the heavy metals that give today's stars their longevity. For instance, the dead inner star the astronomers just spotted died after just 3 million years, while our Sun is expected to last 9 billion.

The star was also 10 times the size of our Sun, meaning it expended its fuel supply much more rapidly.

"The pattern of elements we found in the star in our galaxy reveals traces of its ancestor," ANU astronomer Thomas Nordlander said in the press release. "That long-dead star exploded as a supernova — a fairly feeble one at that, too."

More on stars: An Ancient Star Reveals Our Galaxy Is Older Than We Thought