"The longer we wait, the higher amount of new infrastructure will lock us in in a high carbon path." 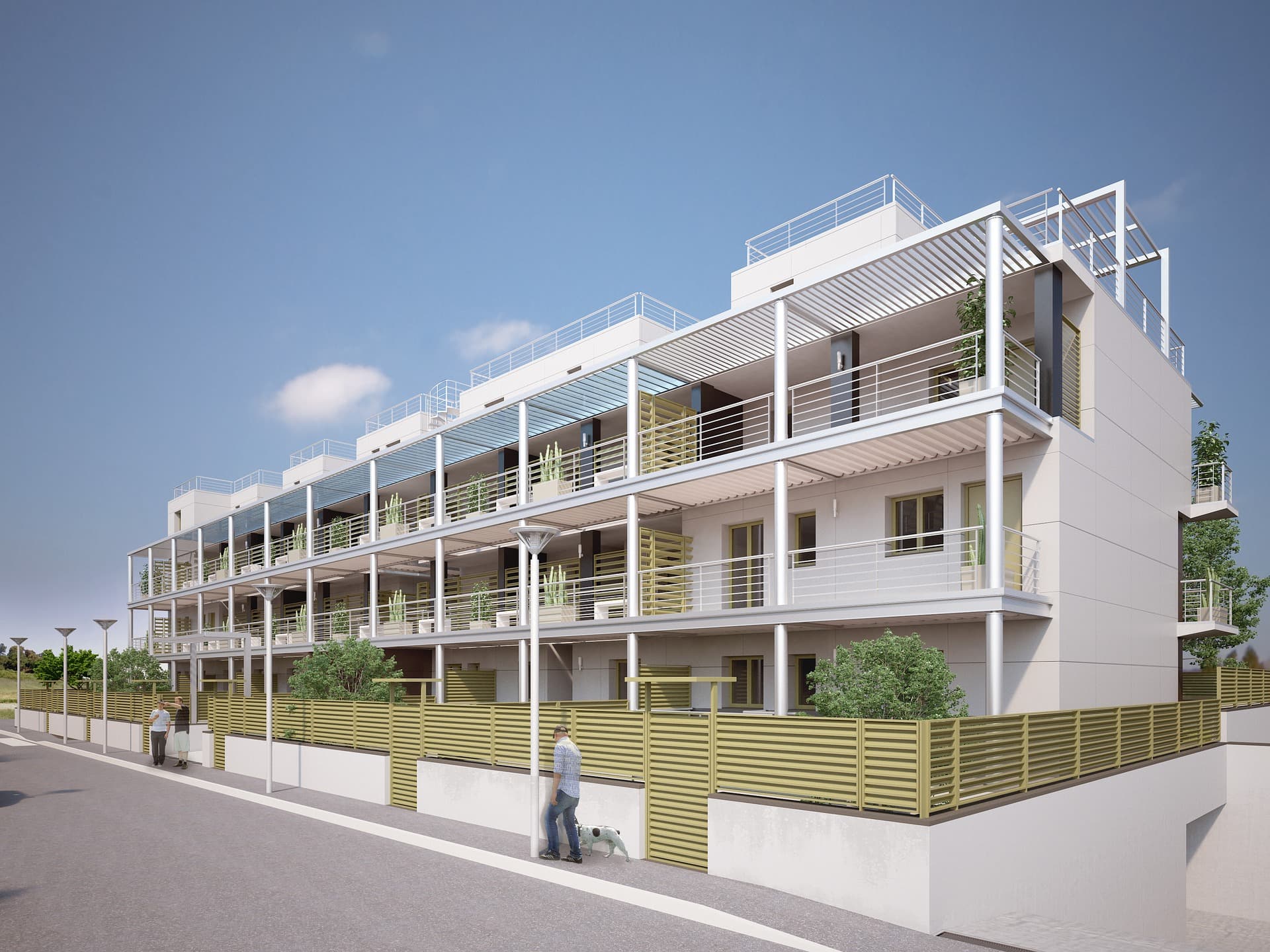 Mitigation technologies like solar panels and wind farms contribute a great deal to keeping global warming at bay. We know we should choose bikes over cars and trains over planes, but our lives are so intertwined with a system built around oil and other polluting sources of energy that we often ignore the biggest footprint contributors in our daily lives: buildings.

A UN Environment report warns that energy inefficient buildings could cost us the Paris Agreement — and with that, the aspiration to keep global warming well below 2°C. The Global Alliance for Buildings and Constructions found that to meet the target, the energy intensity of the global buildings sector must improve by 30 percent by 2030 compared to 2015.

Energy intensity refers to the overall amount of energy used by a building; factors include how much electricity it needs to manage temperature, or whether it's made with materials with a pollution-generating life cycle.

Each building is unique, and although the lower the intensity the better, some constructions are naturally hungrier for electricity than others. Think of a hospital or a supermarket, where machines run all day, seven days a week.

According to UNEP, buildings use up a third of the energy we produce globally, and already account for close to 20 percent of global greenhouse gas emissions. In 2015, of all the energy consumed in the construction sector, 82 percent was generated by fossil fuels.

Despite an improvement in the overall efficiency of new buildings, efforts are not keeping pace with an unprecedented expansion of the world's cities. Analysts estimate that over the next 40 years, the world will build an additional 230 billion square meters, equivalent to adding a new Paris to the planet every single week. Or, if you prefer, a new Japan worth of buildings every year from now to 2060.

Buildings of the Future

"We need to maintain a sense of urgency," Ede Ijjasz Vasquez, Senior Director of Social, Urban, Rural and Resilience Practice with the World Bank, told Urbanet. "The longer we wait, the higher amount of new infrastructure will lock us in in a high carbon path," he said.

"The way that power plants are designed, the way in which roads are built, the way in which cities make decisions on how fast they sprawl, will have consequences not for two or three years but forever," he continued.

He said that cities such as Paris or London are examples of how "it's almost impossible to change the shape of a city and therefore the policies today and the way the cities grow, will be there for generations to come."

Worryingly, the report says, most new buildings will be constructed in the developing world, where many countries don't have mandatory regulations for energy efficiency.

Whether it's insulating old homes or building from scratch, making energy efficiency affordable is key to bridging the gap between growing emissions from the construction sector and the need to put more roofs over our heads. Improving standards in rich countries alone, the authors say, will not be enough to save the Paris Agreement.

Read This Next
Better Late Than Never
US Formally Rejoins Paris Climate Agreement
Futurism
Mega Cities Poised to Become the Hottest and Most Dangerous Places Under Climate Change
Futurism
France Is Officially Shutting All Coal-Fired Power Plants in Three Years
Futurism
The Czech Republic May Be Getting Serious About Climate Change
Futurism
China Reveals Ambitious Plan to Create World's Largest Carbon Market
More on Earth & Energy
Save Yourselves
6:25 PM on the byte
Furious Marsupial So Thirsty For Sex That It’s Dying, Scientists Warn
Stem Ware
Friday on the byte
Scientists Discover World's Oldest Preserved Vertebrate Brain
From Bad to Worse
Thursday on the byte
Global Warming Is Worse Than We Thought, AI Tells Scientists
READ MORE STORIES ABOUT / Earth & Energy
Keep up.
Subscribe to our daily newsletter to keep in touch with the subjects shaping our future.
+Social+Newsletter
TopicsAbout UsContact Us
Copyright ©, Camden Media Inc All Rights Reserved. See our User Agreement, Privacy Policy and Data Use Policy. The material on this site may not be reproduced, distributed, transmitted, cached or otherwise used, except with prior written permission of Futurism. Articles may contain affiliate links which enable us to share in the revenue of any purchases made.
Fonts by Typekit and Monotype.