The membrane could provide a cost-effective method of addressing greenhouse gases. 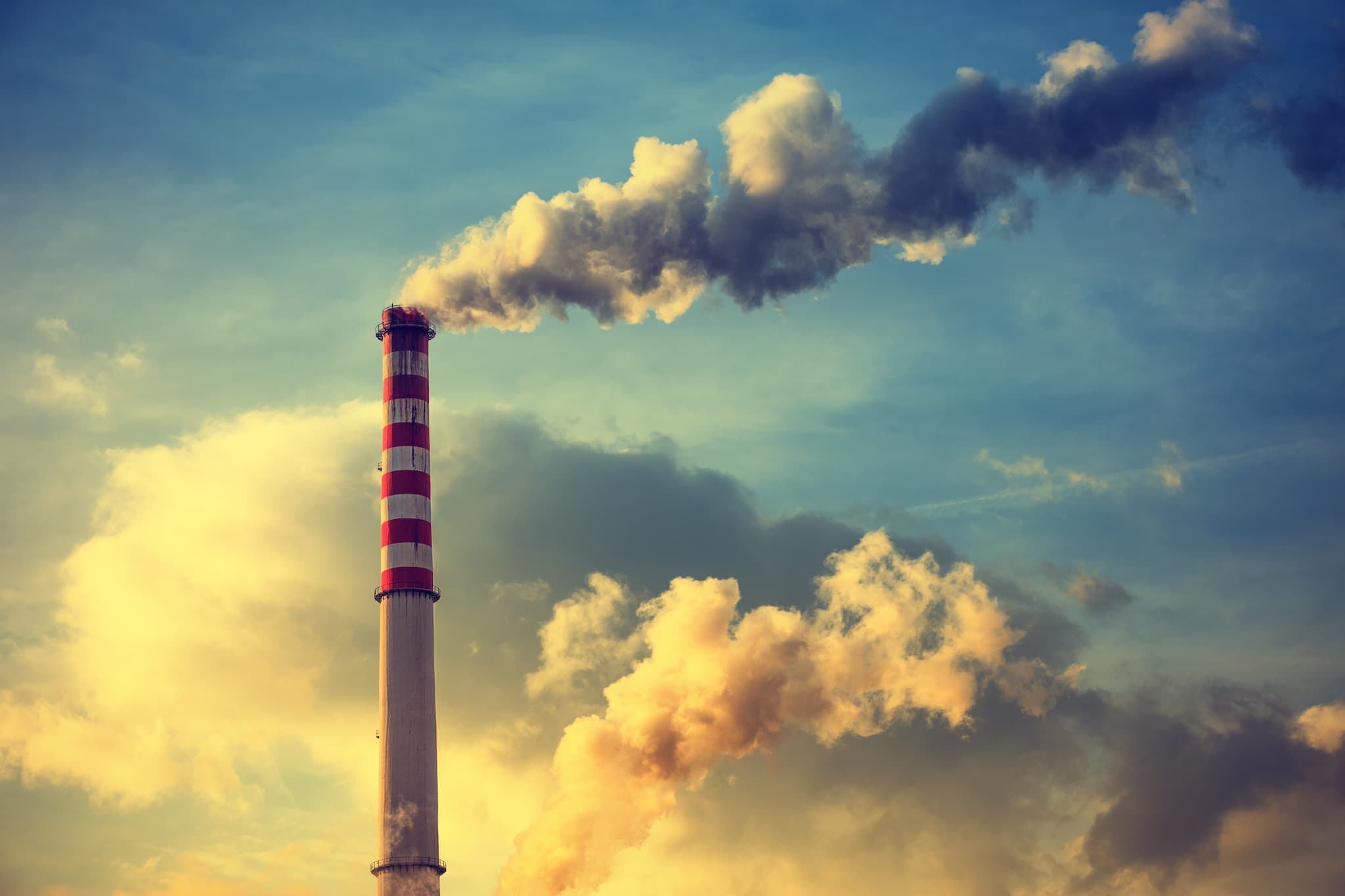 Waste Not, Want Not

Researchers at MIT have created a new method of turning carbon dioxide emissions from power plants into a useful product. The resulting substance could be used as fuel for cars, trucks, and planes, as well as chemical feedstock with a large variety of applications.

MIT postdoc Xiao-Yu Wu developed the new membrane-based system alongside Ahmed Ghoniem, the Ronald C. Crane professor of mechanical engineering. The membrane itself is made from a compound of lanthanum, calcium, and iron oxide. It works by allowing oxygen from carbon dioxide to pass through while leaving carbon monoxide on the other side.

The scientists behind the project report that the membrane is 100 percent selective when it comes to oxygen. The separation process is driven by extremely high temperatures, with a high of 990 degrees Celsius.

It's crucial that the oxygen that separates off from the carbon monoxide continues to flow through the membrane until it has reached the other side. This could be accomplished using a vacuum, but that technique would require a great deal of energy. Instead, a stream of fuel — such as hydrogen or methane — will be employed, as these substances are easily oxidized and don't require a pressure difference to ferry the oxygen atoms through the membrane.

The resulting carbon monoxide can either be used as a fuel in its own right, or combined with hydrogen, water, or a mixture of the two to produce liquid hydrocarbon fuels. It can also be used to create chemicals like methanol, syngas, and more.

The heat required for the process could be supplied by solar energy or waste heat — some of which may be contributed by the power plant itself. In basic terms, the technique allows for that energy to be stored in chemical fuel form.

This is similar to the carbon capture projects being pursued by various groups all over the world. It's no secret that we can't maintain our current levels of carbon emissions, so something needs to be done to address the problem.

This particular technique harbors a great deal of potential: not only does it address carbon emissions, it provides a built-in method for paying for its set-up costs. Its creators have suggested that natural gas power plants could use the system in a manner that splits incoming gas into two streams: one that would be burned to generate electricity alongside its carbon dioxide production, and another that would work with the membrane to produce the oxygen-reacting fuel source. Such an implementation would allow the plant to yield syngas (a mixture of carbon monoxide and hydrogen) as a secondary revenue stream.

The next step will be an investigation into the best way to go about increasing the rate of oxygen flow across the membrane. Attempts are also being made to integrate the membrane into working reactors and to pair those reactors with the fuel production mechanism.The heat required for the process could be supplied by solar energy or waste heat — some of which may be contributed by the power plant itself.

Read This Next
Solar Slay
Solar Powered Machine Turns CO2 and Waste Plastic Into Valuable Fuel
Hidden City
NYC's Greenery Eats Up All the CO2 From Its Cars, Trucks and Buses "And Then Some"
It'll Buff Out
Humans Produce 100x More CO2 Than All Volcanoes Combined
The Plastics
New Chemistry Technique Turns Waste Plastic Into Clean Fuel
Futurism
Cheap Hydrogen Fuel Was A Failed Promise. But Its Time May Have Arrived.
More on Earth & Energy
Stem Ware
Yesterday on the byte
Scientists Discover World's Oldest Preserved Vertebrate Brain
From Bad to Worse
Thursday on the byte
Global Warming Is Worse Than We Thought, AI Tells Scientists
RIP Fred
Thursday on the byte
Instead of Predicting Length of Winter, Groundhog Simply Dies
READ MORE STORIES ABOUT / Earth & Energy
Keep up.
Subscribe to our daily newsletter to keep in touch with the subjects shaping our future.
+Social+Newsletter
TopicsAbout UsContact Us
Copyright ©, Camden Media Inc All Rights Reserved. See our User Agreement, Privacy Policy and Data Use Policy. The material on this site may not be reproduced, distributed, transmitted, cached or otherwise used, except with prior written permission of Futurism. Articles may contain affiliate links which enable us to share in the revenue of any purchases made.
Fonts by Typekit and Monotype.