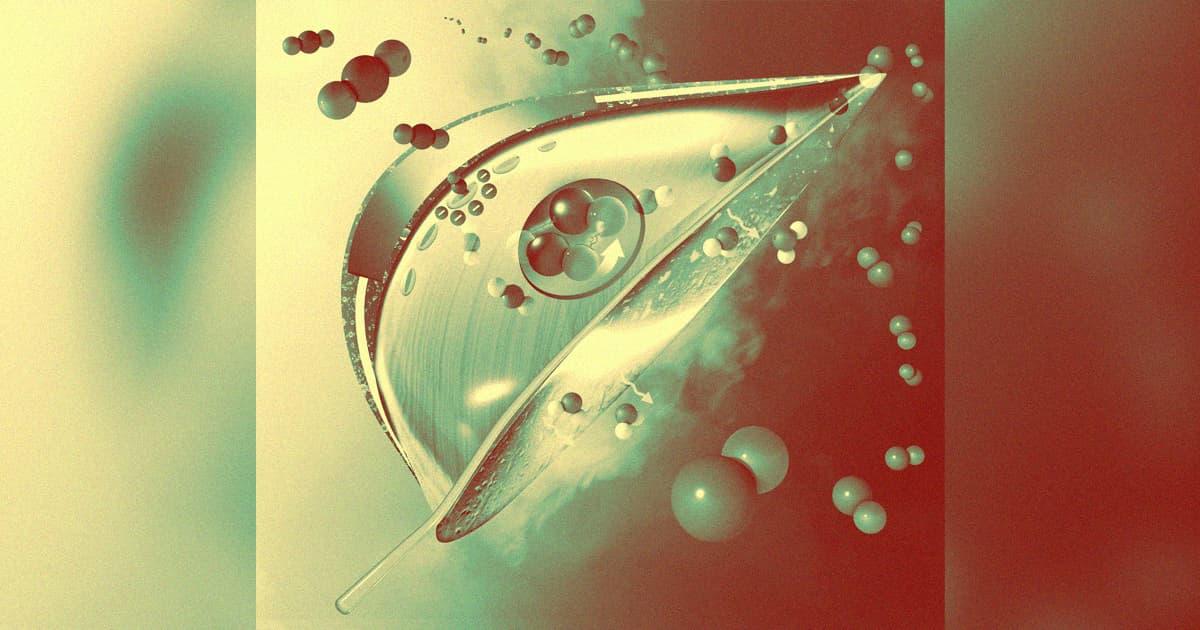 Researchers say it's ten times as efficient as a natural leaf.

Researchers say it's ten times as efficient as a natural leaf.

Plants are nature's air purifiers. They take in carbon dioxide (CO2) and, through photosynthesis, create oxygen and energy.

Researchers have designed various "artificial leaves" that mimic this process in the hopes that we could use the devices to fight rising greenhouse gas levels. But while some of their designs work well in the lab, they haven't translated to the real world.

Now, a team from the University of Illinois at Chicago (UIC) think it's found a way to bring artificial leaves out of the lab and into a natural environment — and their device could play a major role in cleaning up our air.

According to UIC researcher Meenesh Singh, the problem with existing artificial leaves is that they draw pure CO2 from pressurized tanks in the lab, but in the real world, they need to be able to pull C02 from the air around them.

In a paper published in the journal ACS Sustainable Chemistry & Engineering, the UIC team describes a new design intended to give artificial leaves that ability.

They propose placing a traditional artificial leaf inside a water-filled capsule constructed out of a semi-permeable membrane. When the sunlight warms the water, it evaporates through the membrane. At the same time, the capsule would suck in carbon dioxide.

The artificial leaf inside the capsule would then convert the CO2 to carbon monoxide (CO) and oxygen. The former could be siphoned from the device and used to create synthetic fuels ranging from gasoline to methanol, while the latter could be released back into the environment or collected.

"By enveloping traditional artificial leaf technology inside this specialized membrane," Singh said in a press release, "the whole unit is able to function outside, like a natural leaf."

The researchers believe an artificial leaf built around their design would be 10 times more efficient at converting CO2 to fuel than natural leaves. They calculate that 360 of their artificial leaves, each 1.7 meters long and 0.2 meters wide, would generate about half a ton of CO daily.

Spread those leaves out over 500 square meters, and they could reduce the CO2 levels in the air within 100 meters of the space by 10 percent in just one day.

"Our conceptual design uses readily available materials and technology," Singh said, "that when combined can produce an artificial leaf that is ready to be deployed outside the lab where it can play a significant role in reducing greenhouse gases in the atmosphere."

READ MORE: Moving Artificial Leaves out of the Lab and Into the Air [The University of Illinois at Chicago]

Hidden City
NYC's Greenery Eats Up All the CO2 From Its Cars, Trucks and Buses "And Then Some"
Jan 6
Read More
It'll Buff Out
Humans Produce 100x More CO2 Than All Volcanoes Combined
10. 1. 19
Read More
Scientists Are Engineering Carbon-Storing Plants to Fight Climate Change
12. 21. 17
Read More
+Social+Newsletter
TopicsAbout UsContact Us
Copyright ©, Camden Media Inc All Rights Reserved. See our User Agreement, Privacy Policy and Data Use Policy. The material on this site may not be reproduced, distributed, transmitted, cached or otherwise used, except with prior written permission of Futurism. Articles may contain affiliate links which enable us to share in the revenue of any purchases made.
Fonts by Typekit and Monotype.