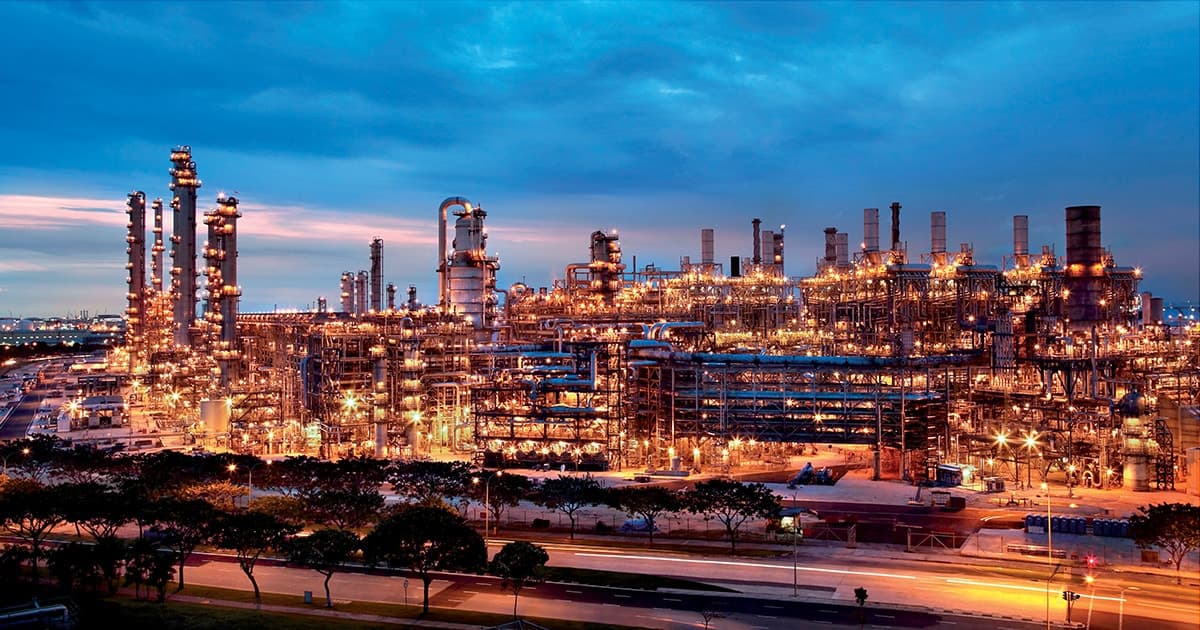 Exxon Mobil is currently investing $1 billion per year in research into alternative forms of energy. More than one hundred projects under the company's umbrella receive funding, ranging from algae that produce biofuels to efforts to transform emissions into electricity. Exxon Mobil's alternative energy research seems like a tacit acknowledgement that the energy landscape is changing, and that soon our reliance on fossil fuels will give way to more environmentally responsible alternatives.

The company has reportedly settled upon five to ten key areas of study, the company's Vice President of Research and Development, Vijay Swarup, told Bloomberg.

“These areas are massively challenging, and if we can solve those, they will have huge impacts on our business,” said Swarup. “We bring more than money. We bring the science, the commitment to research.”

The company will cast a wide net when it comes to emerging technologies. Various small companies and universities have been invited to collaborate on a wide array of projects.

Exxon Mobil will continue to investigate uses of algae, processing it into biofuel. At first, it will be blended with diesel and jet fuel, but the end goal is to use plant matter exclusively. A similar project will use inedible agricultural waste, like corn husks, to produce biodiesel.

Another strand of research will attempt to produce fuel cells that react with carbon dioxide rather than natural gas or hydrogen. FuelCell Energy is looking into the idea of building hardware that can both capture carbon and generate electricity concurrently, with a pilot plant set to be constructed over the next few months.

The company is also embarking on research alongside the University of Georgia, which seeks to develop a better way of processing crude oil and turning it into plastic. Rather than heat, the plan is to use osmosis through a membrane, which could potentially reduce carbon dioxide emissions by up to a half.

For Exxon Mobil, a crucial factor common to all these avenues of research is their potential use at scale. Since it has interests spread across six continents, the company needs to find solutions that are suitable for that sort of heft, rather than more specialized technologies that can't be made to fit the way the business operates right now.

Swarup estimates that projects like the algae biofuel and the carbonate fuel cells are still more than a decade away. It's crucial that a company like Exxon Mobil gets ahead of the curve when it comes to new technology and new approaches, lest it end up left behind as the world moves on from fossil fuels.

Read This Next
Solar Slay
Solar Powered Machine Turns CO2 and Waste Plastic Into Valuable Fuel
Crude
Researchers Still Finding Residue From Massive 2010 BP Oil Spill
Good Neighbors
German Government Says It May Keep Nuclear Plant Open After All
Unreliable Friends
Archipelagic Nation Sick of Other Countries Breaking Climate Change Promises
Brands We Love
Wondering if Solar Energy Is Right for Your Home? Find Out for Free.
More on Earth & Energy
His Power
9:17 PM on the byte
Scientists Develop Compound That Kills So Efficiently They Named It After Keanu Reeves
Dishonorable Disc...
Yesterday on the byte
Scientists Alarmed by Video of Deep Sea Mining Company Spewing Waste Into Ocean
Save Yourselves
Feb 5 on the byte
Furious Marsupial So Thirsty For Sex That It’s Dying, Scientists Warn
READ MORE STORIES ABOUT / Earth & Energy
Keep up.
Subscribe to our daily newsletter to keep in touch with the subjects shaping our future.
+Social+Newsletter
TopicsAbout UsContact Us
Copyright ©, Camden Media Inc All Rights Reserved. See our User Agreement, Privacy Policy and Data Use Policy. The material on this site may not be reproduced, distributed, transmitted, cached or otherwise used, except with prior written permission of Futurism. Articles may contain affiliate links which enable us to share in the revenue of any purchases made.
Fonts by Typekit and Monotype.