Is this organic compound a sign of early Martian life? 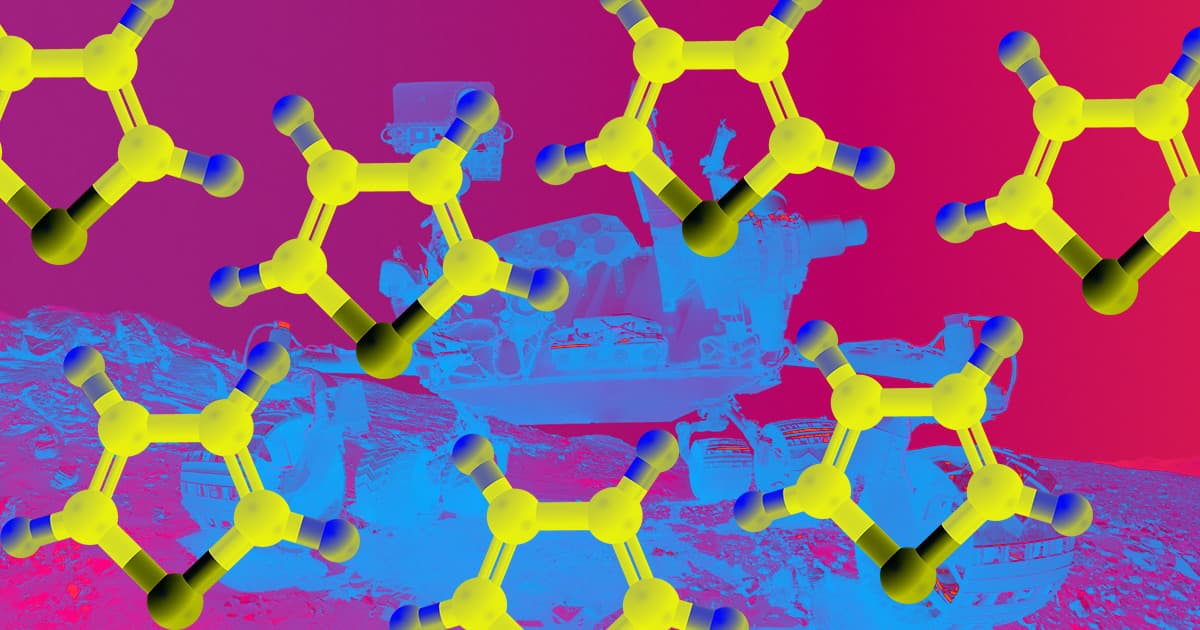 An international team of astrobiologists claim that organic molecules discovered by NASA's Curiosity Mars rover could be evidence of life on Mars.

In a paper published in the journal Astrobiology, the team argues that the presence of "thiophenes," which are special compounds found in coal, crude oil and white truffles back on Earth, could be a sign of ancient life on the Red Planet.

"We identified several biological pathways for thiophenes that seem more likely than chemical ones, but we still need proof," Washington State University astrobiologist and lead author Dirk Schulze-Makuch said in a statement.

The team, however, isn't jumping to any conclusions just yet.

"If you find thiophenes on Earth, then you would think they are biological, but on Mars, of course, the bar to prove that has to be quite a bit higher," Shulze-Makuch added.

While thiophenes are made up of two bio-essential elements, carbon and sulfur, it's still very possible they could've been created during meteor impacts that heat sulfates to high temperatures — a possible explanation the researchers are also considering.

If the compounds were indeed a sign of life, they could've been the result of bacteria some three billion years ago breaking down sulfates — or alternatively could have been broken down by the bacteria.

But, again, it's far too early to draw conclusions.

The Curiosity rover analyzes compounds by breaking them down into fragments. The upcoming European Space Agency's Rosalind Franklin rover, however, could fill in the gaps with its Mars Organic Molecule Analyzer (MOMA), which doesn't use the same destructive technique as Curiosity.

What has Schulze-Makuch most excited is the possibility of finding differing ratios of heavy and light isotopes in compounds, the result of organisms breaking down elements and "a telltale signal for life," according to the researcher.

"As Carl Sagan said 'extraordinary claims require extraordinary evidence,'" Schulze-Makuch said. "I think the proof will really require that we actually send people there, and an astronaut looks through a microscope and sees a moving microbe."