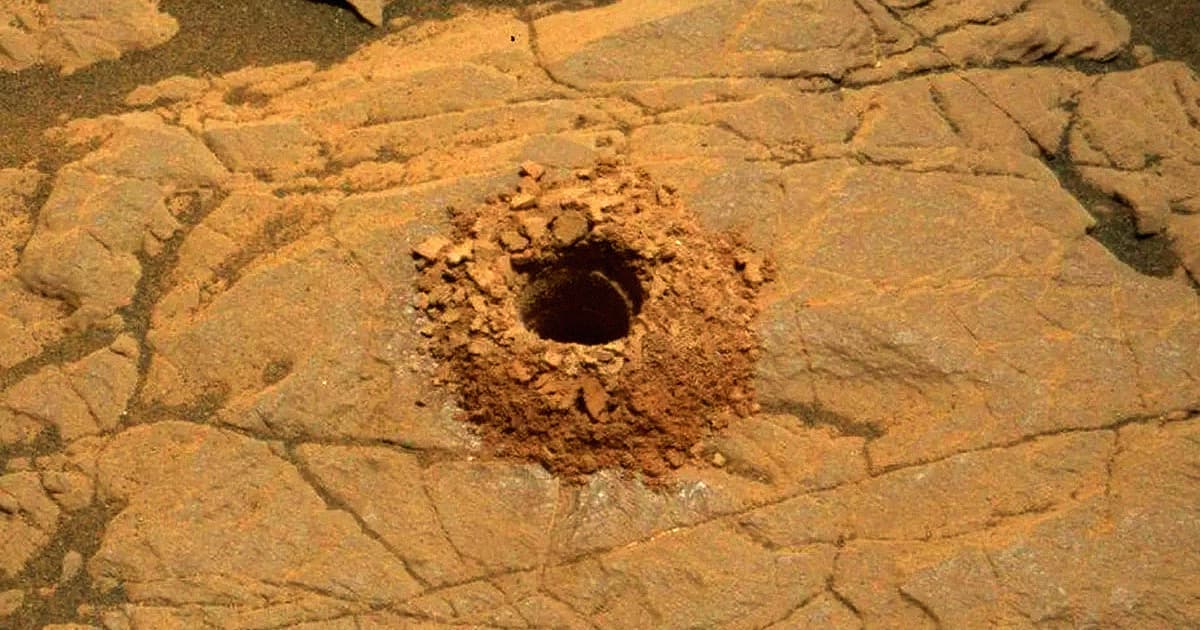 Life on Mars As We Know It

Acids May Have Destroyed Evidence of Life on Mars

According to new research, acidic fluids may have long destroyed evidence of past biological life inside Martian clay — possibly explaining why it's been so difficult to find evidence of ancient life on the Red Planet.

The Cornell and European researchers claim that new experiments, detailed in a paper published today in the Nature journal Scientific Reports, show that such fluids could put serious constraints on the possibility of finding evidence of early life on the planet's surface.

Researchers have long targeted Martian clays to collect samples, as they could protect any possible organic material inside.

"We know that acidic fluids have flowed on the surface of Mars in the past, altering the clays and its capacity to protect organics," Alberto Fairén, visiting scientist in the Department of Astronomy in the College of Arts and Sciences at Cornell and co-author of the paper, said in a statement.

In a series of experiments, the team simulated the Martian surface conditions inside a lab. Their goal was to preserve a specific amino acid called glycine inside clay samples. These clay samples had previously been exposed to acidic fluids, simulating the planet's conditions.

"We used glycine because it could rapidly degrade under the planet's environmental conditions," Fairén said. "It's perfect informer to tell us what was going on inside our experiments."

After administering ultraviolet radiation, the glycine molecules degraded inside the clays.

"When clays are exposed to acidic fluids, the layers collapse and the organic matter can't be preserved," Fairén explained. "They are destroyed."

"Our results in this paper explain why searching for organic compounds on Mars is so sorely difficult," he added.

More on Martian life: Evidence of Life on Mars Found by NASA Rover

What Lies Beneath
Researchers Say "Conan the Bacterium" Could Be Hidden Beneath Mars’ Surface
Oct 30
Read More
Mars Shrooms
Extremely Dubious Research Claims to Spot Fungus Growing on Mars
5. 6. 21
Read More
Sir!
Elon Musk: "Doesn’t Seem to Be Any Life in This Solar System"
10. 16. 20
Read More
+Social+Newsletter
TopicsAbout UsContact Us
Copyright ©, Camden Media Inc All Rights Reserved. See our User Agreement, Privacy Policy and Data Use Policy. The material on this site may not be reproduced, distributed, transmitted, cached or otherwise used, except with prior written permission of Futurism. Articles may contain affiliate links which enable us to share in the revenue of any purchases made.
Fonts by Typekit and Monotype.