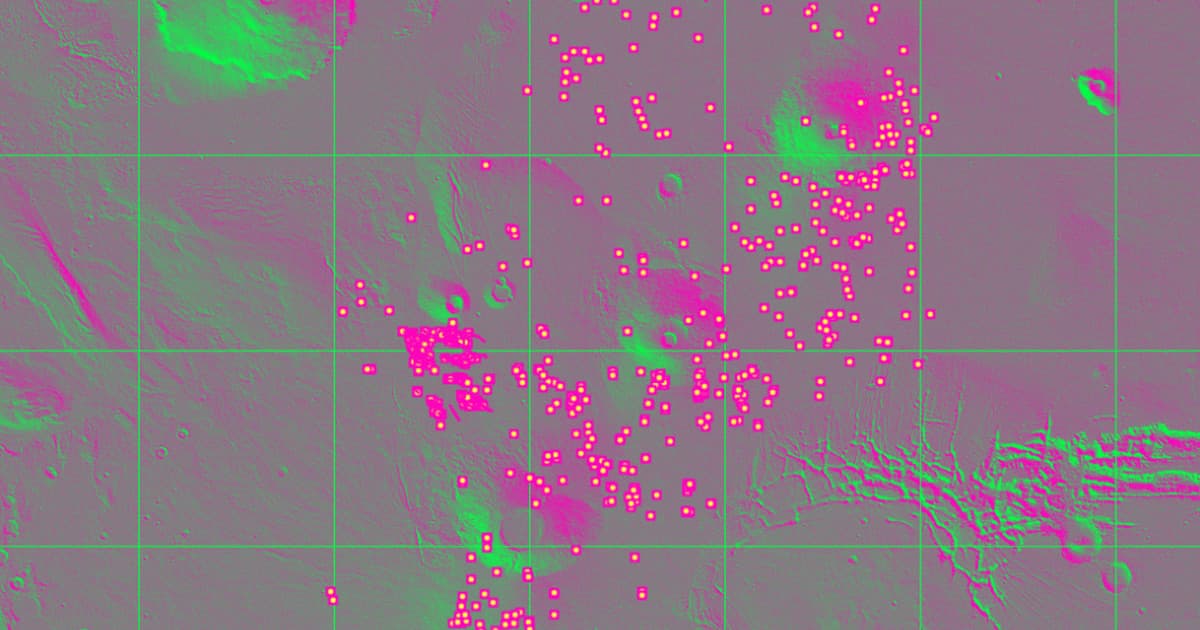 Here’s Why NASA Suspects Mars Life Could Be Hiding Underground

If there's life on Mars, it's probably underground.

If there's life on Mars, it's probably underground.

This summer, NASA plans to launch the most sophisticated Mars rover in history — a 2,260-pound behemoth which, if all goes well, will eventually send samples from the Red Planet back to Earth.

A key hope is that the rover will gather new evidence of life, alive or extinct, on our planetary neighbor. But Space.com attended a recent conference about potential astrobiology on Mars, and found that almost all attendees think that if there’s life there, it’s probably deep underground.

At the Mars Extant Life conference, according to Space.com, NASA Jet Propulsion Laboratory research scientist Vlada Stamenković backed up the idea that if Martian life exists, it’s probably beneath the surface.

“The surface of Mars is a very oxidizing, radiation-heavy environment where liquid water is not really stable for an extended amount of time,” Stamenković said. “It’s the worst place to look for life-sites on Mars.”

Some scientists advocate building nimble robots that could explore Martian cave systems, but that’d be an enormously complicated technical project.

More realistic, Stamenković says, would be for the agency to land equipment that can sense groundwater and chemicals associated with possible life — from the safety of the surface.

Or, of course, to plumb the mysteries of subsurface Mars, we may have to wait until NASA’s long-awaited plans to send humans to the Red Planet, currently slated for the mid-2030s.