Was he just seeing things? 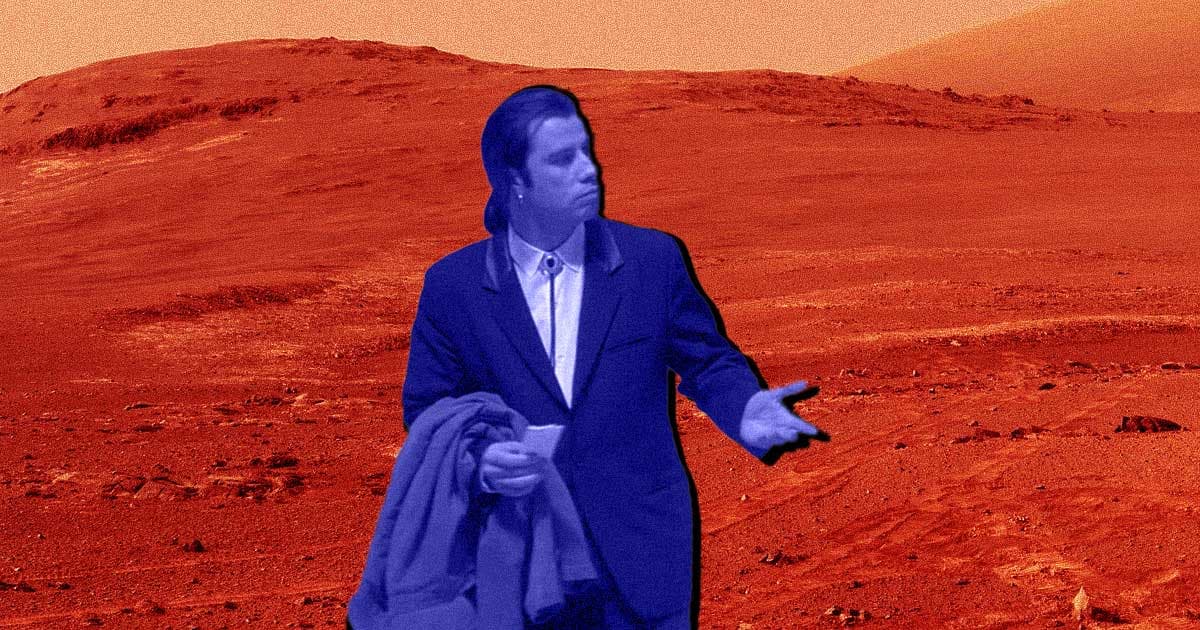 Entomologist William Romoser from Ohio University claimed this week to have spotted evidence of insect-like creatures living on the surface of Mars, pointing at blurry photographs.

“There has been and still is life on Mars,” Romoser said in a press release about his presentation.

But after broad backlash, the press release has since been disappeared from Ohio University’s site.

And on EurekaAlert, the release has been replaced with a message that says it has been “removed at the request of the submitter.”

A PDF poster of Romoser’s research including images is still available through ResearchGate and copies of the release remain elsewhere on the web.

“The faculty member no longer wishes to engage with media regarding this research, so we have opted to remove the story from our website and EurekAlert,” Ohio University spokesperson Jim Sabin told Futurism.

Unsurprisingly, not everybody in the scientific community agreed with Romoser’s fringe claims. Biology professor at Oregon State University David Maddison told Space.com that Romoser is seeing things, pointing out that it may be an example of pareidolia, the phenomenon that leads people to see patterns in random stimuli.

“I, personally, have pareidolia with respect to insects, beetles in particular,” Maddison told Space.com. “I’ve worked on beetles for decades; I have collected many thousands of beetles around the world. Through the years I have built into my brain a pattern-recognition system for picking out beetles.”

In other words, Rosomer is probably wrong, even though he probably thinks he’s right.

“I do not think there are insects on Mars,” Maddison added. “The photographs that are in that press release you sent are entirely unconvincing, as they fall within the range expected in zillions of non-insect objects photographed in lowish resolution on a Marscape.”

And NASA is just as skeptical.

“We have no scientific data that would support this claim,” said NASA in a statement to CNET. “There is insufficient oxygen to sustain the metabolism of metazoans on Mars. On Earth, animals, especially as complex as these, need lots of oxygen. There are only traces in Mars’ atmosphere.”

But that isn’t stopping NASA from looking for forms of life in distant places — far from it.

“Although we have yet to find signs of extraterrestrial life, NASA is exploring the solar system and beyond to help us answer fundamental questions, including whether we are alone in the universe,” a NASA spokesperson told CNET.

Next year, NASA will launch its Mars 2020 rover to the Red Planet for a February 2021 landing. Part of its mission will be to look for signs of past microbial life. Maybe then, we’ll discover if the distant planet is crawling with insects or not.

More on life on Mars: Professor Claims to Have Discovered Insect-Like Life on Mars

Read This Next
Blood Boys
Scientists Suggest Building Mars Base Out of “Astronaut Blood”
Glowed Up
Amazing New Images Show Auroras on Mars
Mars Selfie
China Releases New Photos From the Surface of Mars
What Happen
New York Times Publishes Then Deletes Article Claiming Watermelons Were Found on Mars
Electric Thrust
China’s New Space Station Is Powered by Ion Thrusters
More on Off World
It's Garbage Day
9:11 PM on the byte
This Clue May Show What Apple Co-Founder Steve Wozniak Is Doing in Space
Dash Dot
5:54 PM on the byte
There’s a Morse Code Message Hidden in Photo of SpaceX Tourists
Play the Tape
4:22 PM on the byte
Hidden Compartment on SpaceX Spacecraft Contains Emergency Duct Tape
READ MORE STORIES ABOUT / Off World
Keep up.
Subscribe to our daily newsletter to keep in touch with the subjects shaping our future.