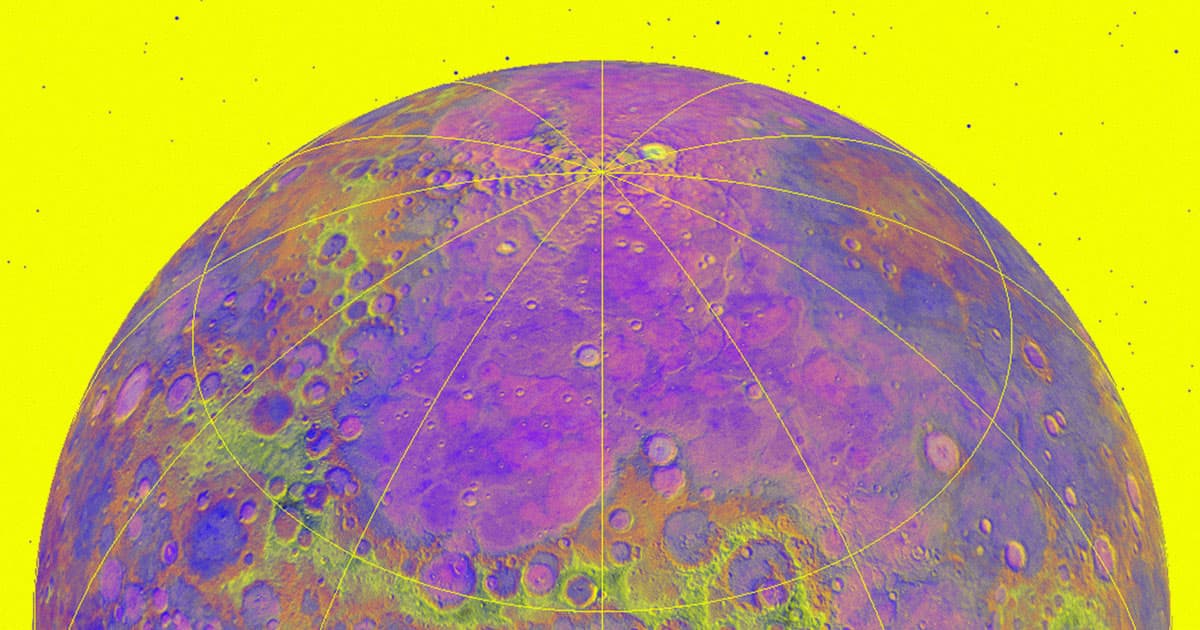 Scientists Say There Could Be Life on Mercury

"I realized that this idea — well it might be nuts, but it’s not completely nuts."

"I realized that this idea — well it might be nuts, but it’s not completely nuts."

According to a study published last week in the journal Scientific Reports, there's a minuscule chance that Mercury, our Sun's closest neighbor, has all it needs to host life.

“It is possible that as long as there was water, the temperatures would be appropriate for the survival and possibly the origin of life,” co-author Jeffrey Kargel from the Planetary Science Institute told The New York Times.

In the study, the team of researchers suggest that the Mercury's chaotic surface isn't the result of earthquakes, as the prevailing theory holds. Instead, they argue, cracks in the surface are rather caused by volatiles — elements that can quickly switch from one state to another such as a liquid turning into a gas — bubbling up from below.

Volatiles such as water could provide an environment friendly to life underground — the surface itself is far too hot, heating up to around 800 degrees Fahrenheit during the day.

The idea of life on Mercury is still a long shot, but the researchers are hopeful.

"I thought [co-author] Alexis [Rodriguez] had lost it at some point," Kargel told the Times. "But the more I dug into the geologic evidence and the more I thought about the chemistry and physical conditions there, the more I realized that this idea — well it might be nuts, but it’s not completely nuts."

More on Mercury: Mercury Is Every Planet in the Solar System’s Closest Neighbor

Outing Life
Swiss Government Scientist Says We May Be on the Brink of Discovering Alien Life
Sep 13
Read More
Convergent Evolution
Scientists Say There May Be "Humans" All Over the Universe
11. 22. 21
Read More
Aye LMAO
Harvard Astronomer Predicts What First Alien Contact Will Be Like
1. 12. 19
Read More
+Social+Newsletter
TopicsAbout UsContact Us
Copyright ©, Camden Media Inc All Rights Reserved. See our User Agreement, Privacy Policy and Data Use Policy. The material on this site may not be reproduced, distributed, transmitted, cached or otherwise used, except with prior written permission of Futurism. Articles may contain affiliate links which enable us to share in the revenue of any purchases made.
Fonts by Typekit and Monotype.