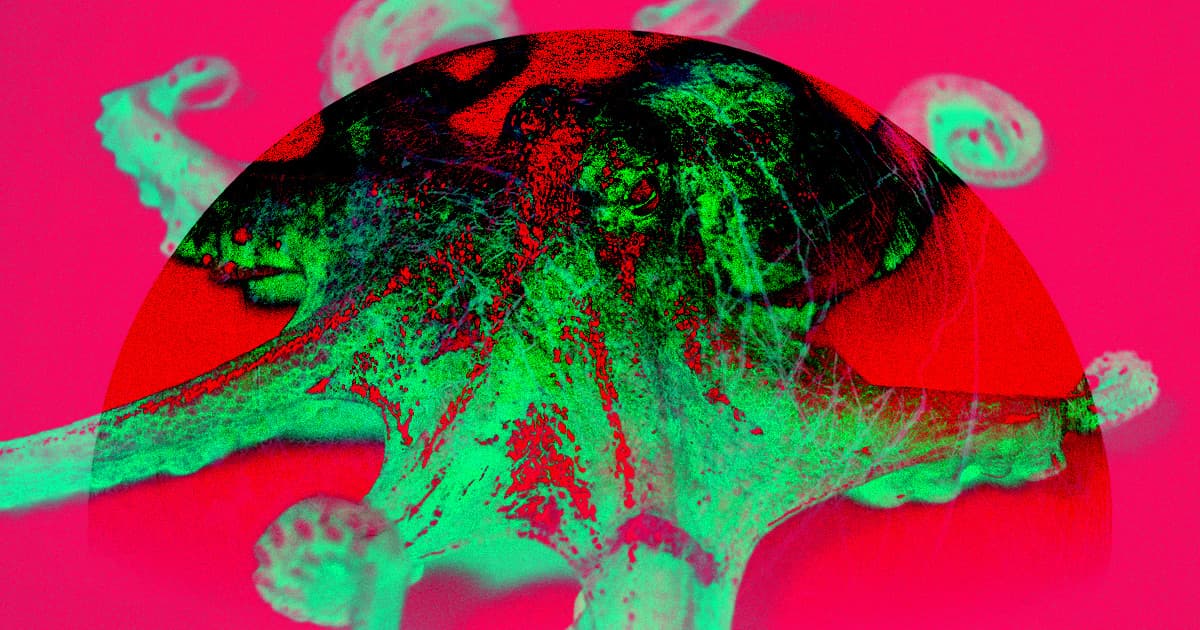 Day of the Tentacle

She says the icy moon could host life "perhaps similar to the intelligence of an octopus."

She says the icy moon could host life "perhaps similar to the intelligence of an octopus."

Monica Grady, the chancellor at Liverpool Hope University in the UK, says it's likely there's advanced alien life on Jupiter's moon Europa, according to a recent statement.

"If there is something on Mars, it's likely to be very small — bacteria," she said. "But I think we've got a better chance of having slightly higher forms of life on Europa, perhaps similar to the intelligence of an octopus."

Grady believes creatures could be living in glacial oceans underneath a hard shell of ice that's up to 15 miles thick on Jupiter's frigid moon.

Scientists have long suspected the existence of these deep subsurface oceans on Europa — and maybe even life. In fact, NASA announced in August that it’s completing the final designs for a Europa-bound spacecraft called Europa Clipper, which will look for signs of life.

As far as the existence of other human-like aliens in our own solar system, Grady is not optimistic.

"I'm fairly certain we're all there is at our level of intelligence in this planetary system," she said. "And even if there are octopuses on Europa, that doesn't give us a reason to destroy our planet."

More on Europa: Scientists Confirm Water Vapor Above the Surface of Europa

Outing Life
Swiss Government Scientist Says We May Be on the Brink of Discovering Alien Life
9. 13. 22
Read More
Convergent Evolution
Scientists Say There May Be "Humans" All Over the Universe
11. 22. 21
Read More
Project Orpheus
NASA's New Deep-Sea Submarine Could Eventually Look for Aliens
2. 21. 19
Read More
+Social+Newsletter
TopicsAbout UsContact Us
Copyright ©, Camden Media Inc All Rights Reserved. See our User Agreement, Privacy Policy and Data Use Policy. The material on this site may not be reproduced, distributed, transmitted, cached or otherwise used, except with prior written permission of Futurism. Articles may contain affiliate links which enable us to share in the revenue of any purchases made.
Fonts by Typekit and Monotype.