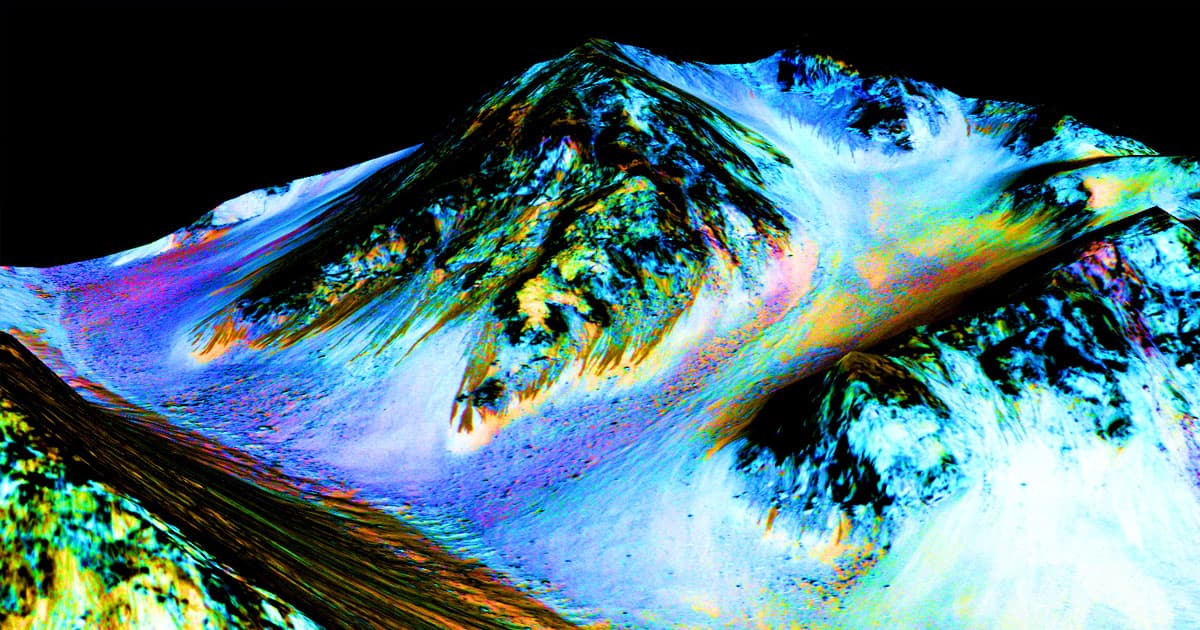 Extraterrestrial Life Could Feasibly Live in Salty Puddles on Mars

Scientists found another possible place to look for extraterrestrial life on Mars. The Red Planet, recently discovered to have water just beneath its surface, could be dotted with puddles of mud with a high concentration of salts.

Investigating similar salty mud puddles on Earth, Wichita State University astrobiologists found that bacterial life could survive even after getting completely dried out, according to Space.com. The finding doesn't by any means guarantee that there is or ever was life on Mars, but it does suggest that Mars is more hospitable than scientists previously assumed.

The scientists, who presented their research at an American Society for Microbiology conference on Friday, put bacteria in jars with a solution of saltwater similar to that found on Mars, per Space.com. They then left them to dry out and rehydrate as the water evaporated and condensed with changing temperatures, as it would on Mars.

"We have the first data showing the growth of bacteria after drying and then rehydration through humidity alone, in the presence of salts that absorb moisture from the air," lead scientist Mark Schneegurt told Space.com.

Next up, Schneegurt told Space.com, is to get the experimental conditions closer and closer to those of Mars in order to better test the limits of these particularly resilient microbes.

READ MORE: How Martian Microbes Could Survive in the Salty Puddles of the Red Planet [Space.com]