"This is one more piece of the puzzle in the search for ancient life on Mars." 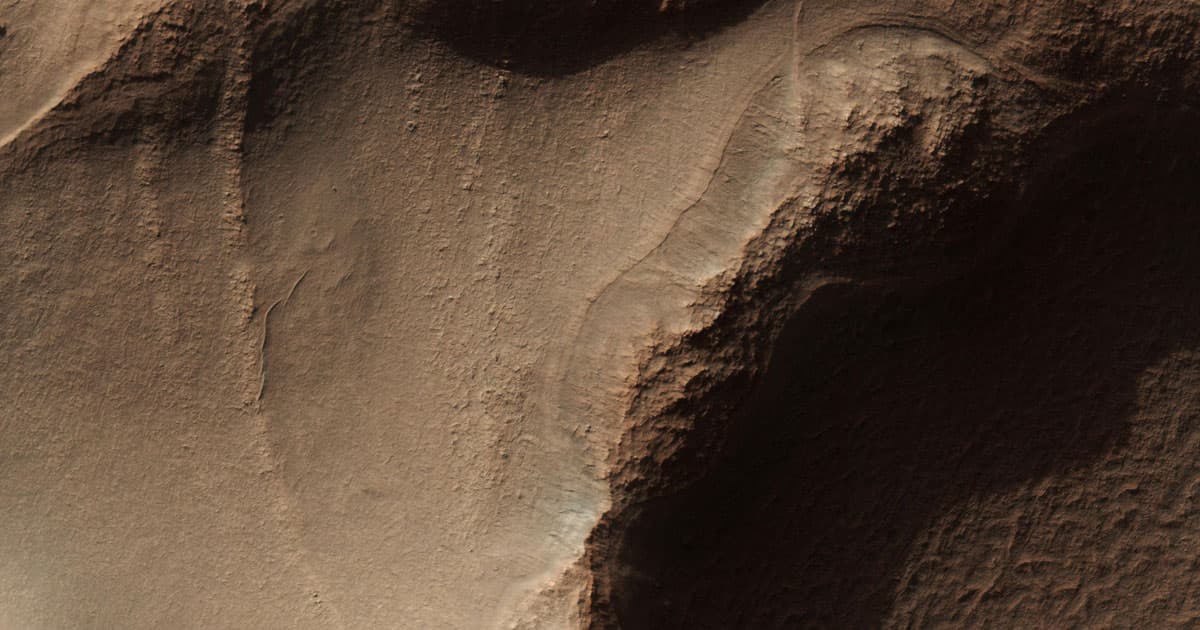 An international team of scientists has found new evidence of rivers that flowed on the surface of Mars billions of years ago — a discovery that could give us new insights into the search for ancient life on the Red Planet.

As outlined in a study published today in the journal Nature Communications, the scientists analyzed new, high-resolution imagery from the HiRISE camera on board NASA's Mars Reconnaissance Orbiter.

"Unfortunately we don't have the ability to climb, to look at the finer-scale details, but the striking similarities to sedimentary rocks on Earth leaves very little to the imagination," lead author Francesco Salese, from Utrecht University in the Netherlands, said in a statement.

The team transformed the images into 3D topographyical maps of Hellas Basin on Mars, one of the largest impact craters in our solar system. They discovered sediment deposits about 200 meters (656 feet) high, roughly twice the height of the White Cliffs of Dover, as New Scientist points out, and 1.5 kilometers (0.93 miles) wide.

"To form these 200-metre-thick deposits we needed conditions that would have required an environment capable of maintaining significant volumes of liquid water," Salese told New Scientist.

The researchers are hopeful that the finding could bolster future research into ancient life on Mars.

"We've never seen an outcrop with this amount of detail on it that we can definitely say is so old," Joel Davis, postdoctoral researcher at the Natural History Museum in London, England, and co-author of the paper, said in the statement. "This is one more piece of the puzzle in the search for ancient life on Mars, providing novel insight into just how much water occupied these ancient landscapes."

A lot of water.

"The rivers that formed these rocks weren't just a one-off event — they were probably active for tens to hundreds of thousands of years," Davis said in the statement.

What allowed this new discovery is some incredible technology still currently orbiting Mars hundreds of millions of miles away from Earth. For instance, the camera aboard NASA's Mars Orbiter is capable of taking pictures of the Martian landscape at a resolution of 25 centimeters (9.8 inches) per pixel from a distance of 400 km (249 miles).

"Here on Earth, sedimentary rocks have been used by geologists for generations to place constraints on what conditions were like on our planet millions or even billions of years ago," explained co-author William McMahon in the statement.

"Now we have the technology to extend this methodology to another terrestrial planet, Mars, which hosts an ancient sedimentary rock record that extends even further back in time than our own," McMahon added.

READ MORE: An ancient river on Mars may have flowed for 100,000 years [New Scientist]