A BMW Built From 90% Recycled Parts Broke a World Record

These former pieces of garbage have just made history. 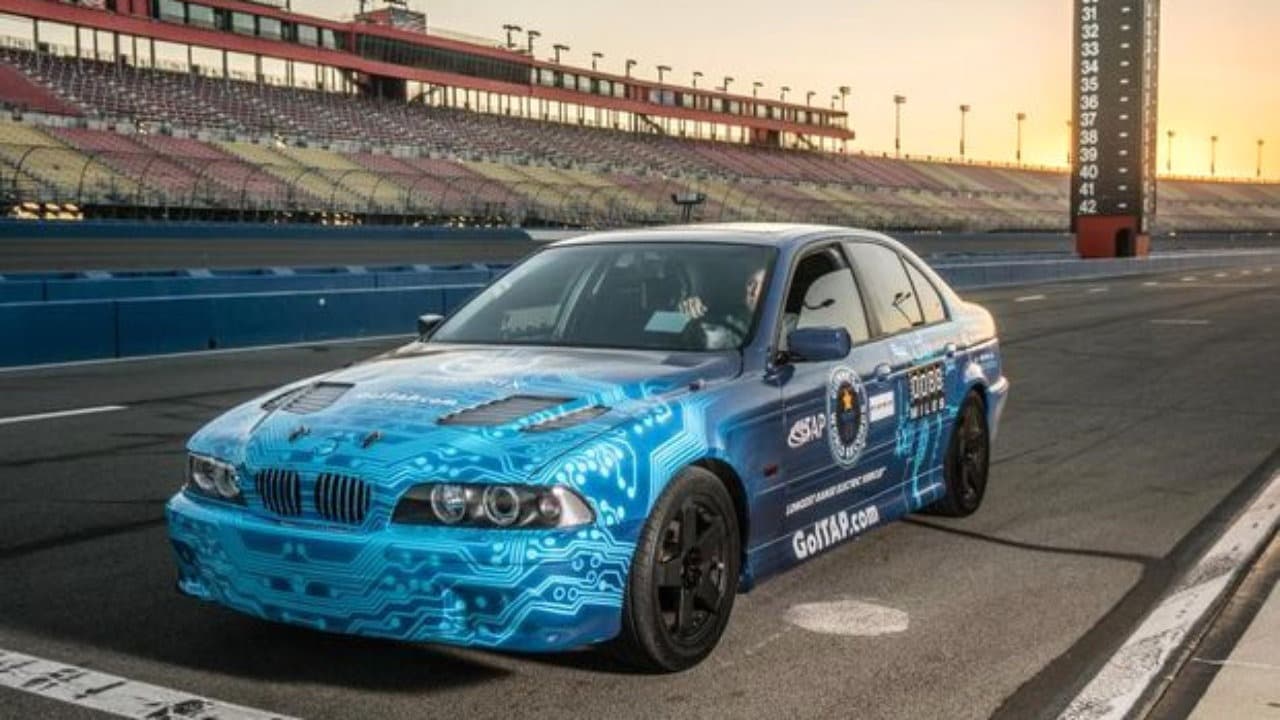 IT Asset Partners Inc. (ITAP), a hybrid recycling plant in California, has built an electric vehicle (EV) capable of traveling 1,600 kilometers (994 miles) on a single battery charge. This was enough to break the previous record of 1,298 kilometers (806 miles), which was set in Japan in 2013.

The car, known as The Phoenix, is a modified BMW built from 90 percent recycled parts. It cost just $13,000 to construct, less than half the price of the cheapest Tesla, but ITAP doesn't appear poised to jump into the EV market any time soon.

"The purpose of The Phoenix is to showcase hybrid recycling and demonstrate to the world the amazing possibilities and potential derived from electronic waste recycling," an ITAP spokesman told The Sun.

The record-breaking run highlights the value of investing in better recycling, especially of electronics. "Electronic waste is the fastest growing waste stream in the United States, yet our country lacks a real solution to efficiently process this waste system," explained the spokesman.

Researchers are working on better ways to handle e-waste, such as fungi that can extract lithium and cobalt from old batteries. Still, these innovations may be far from ready for adoption. In the meantime, we can harness recycled goods to help set new trends while also saving the planet.

Read This Next
Remember Donald?
Donald Trump Goes on Bizarre Rant Against Electric Cars
Piercing The Hype
If Graphene Batteries Do Everything Scientists Say, They Could Be a Gamechanger
End of the Road
Volkswagen Will Launch Its Last Gas-Powered Cars in 2026
Electric Assist
China Forces Tesla and Other EV Makers to Turn Over Driver Data
Futurism
EVs Can't Change the World Until We Change How We Sell Them
More on Earth & Energy
Hot Take
Yesterday on the byte
The World's Largest Volcano Is Erupting for the First Time in Nearly 40 Years
Sun Shield
Nov 23 on futurism
Scientists Increasingly Calling to Dim the Sun
Oversharing 101
Nov 21 on the byte
Bill Gates Reflects on Drinking Product of Fecal Sludge
READ MORE STORIES ABOUT / Earth & Energy
Keep up.
Subscribe to our daily newsletter to keep in touch with the subjects shaping our future.
+Social+Newsletter
TopicsAbout UsContact Us
Copyright ©, Camden Media Inc All Rights Reserved. See our User Agreement, Privacy Policy and Data Use Policy. The material on this site may not be reproduced, distributed, transmitted, cached or otherwise used, except with prior written permission of Futurism. Articles may contain affiliate links which enable us to share in the revenue of any purchases made.
Fonts by Typekit and Monotype.