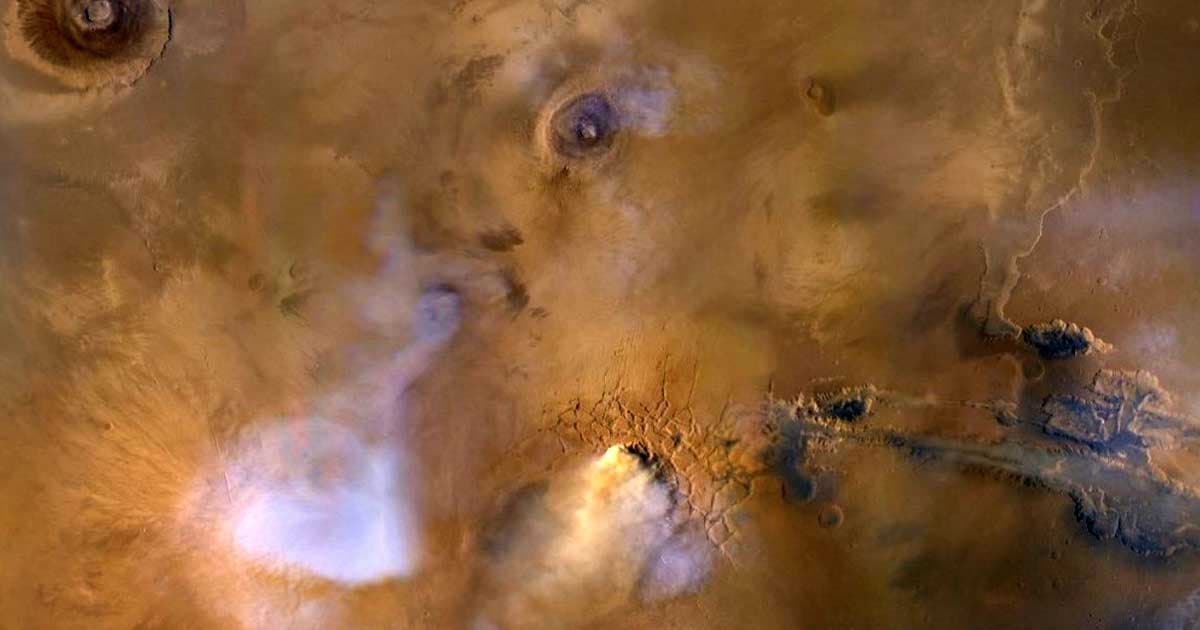 Massive dust towers might have helped dry out the planet's surface.

Massive dust towers might have helped dry out the planet's surface.

NASA thinks it might know what happened to the water that vanished from the surface of Mars a long time ago: massive dust storms might have gradually rocketed it all into space.

It turns out that dust towers — gigantic cylindrical plumes that form during massive dust storms — could have carried ancient surface water up and out of Mars' atmosphere, Space.com reports. While the towers are still poorly understood, new NASA research shows they're capable of ejecting water vapor into space, potentially explaining away a long-standing mystery of our planetary neighbor.

A NASA announcement about the planet-wide storms that give rise to dust towers, which can last for weeks at a time and grow to be 490 miles wide, pointed toward two new studies by Hampton University researcher Nicholas Heavens, one of which was published last month in the journal JGR Planets and the other in the Journal of the Atmospheric Sciences in October.

The two studies focus on the weather patterns that NASA spacecraft observed during two planet-wide storms on Mars: one in 2007 and the 2018 storm that disabled the Opportunity rover.

Both studies are inconclusive when it comes to how dust towers form in the first place, but Heavens' research suggests that they played a large role in drying Mars' surface and then blanketing it in dried out dust.