To Find Aliens, We Must Think of Life as We Don't Know It

"If we can imagine it, it's probably out there on a planet somewhere." 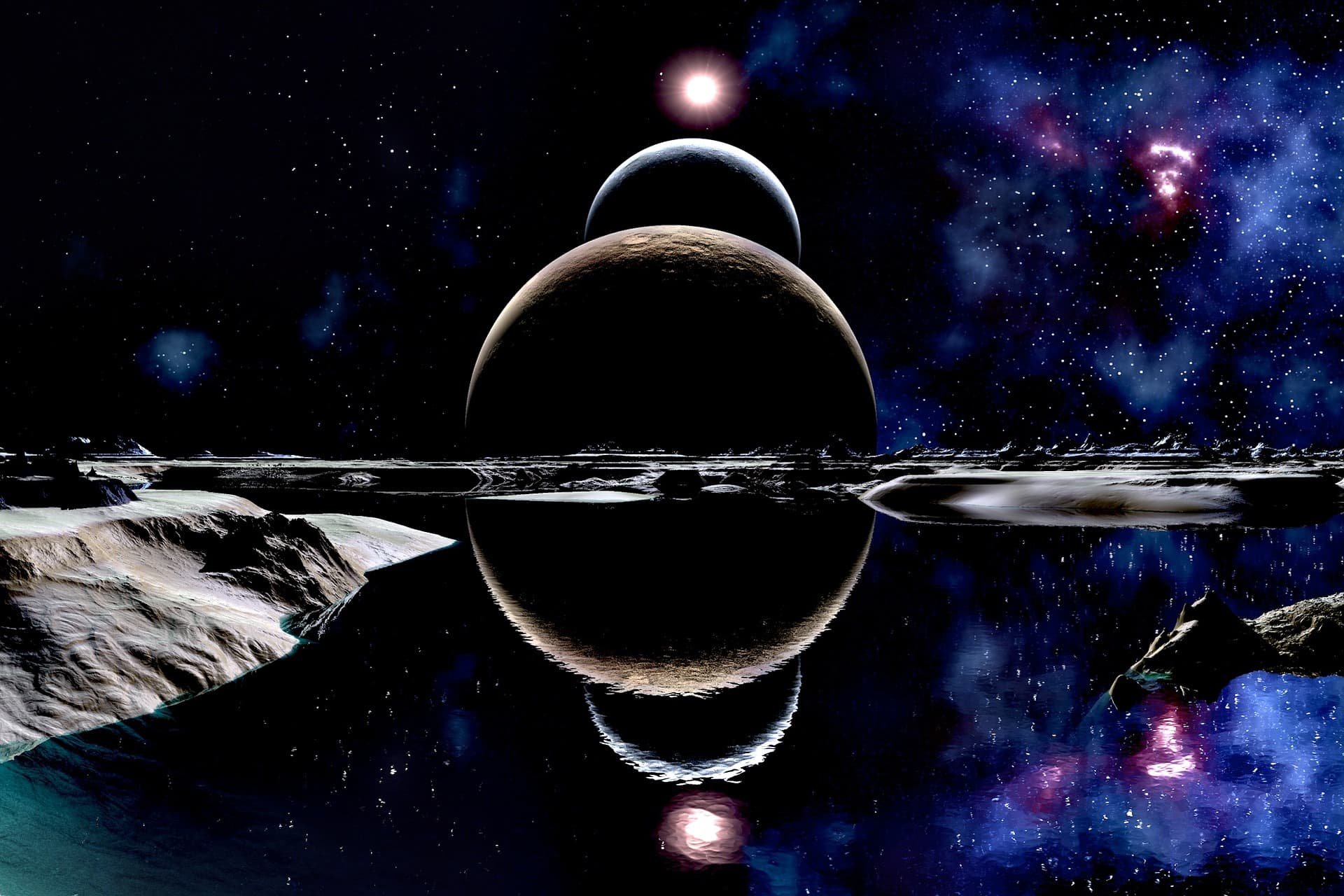 From blob-like jellyfish to rock-like lichens, our planet teems with such diversity of life that it is difficult to recognise some organisms as even being alive. That complexity hints at the challenge of searching for life as we don’t know it – the alien biology that might have taken hold on other planets, where conditions could be unlike anything we’ve seen before. ‘The Universe is a really big place. Chances are, if we can imagine it, it’s probably out there on a planet somewhere,’ said Morgan Cable, an astrochemist at the Jet Propulsion Laboratory in Pasadena, California. ‘The question is, will we be able to find it?’

For decades, astronomers have come at that question by confining their search to organisms broadly similar to the ones here. In 1976, NASA’s Viking landers examined soil samples on Mars, and tried to animate them using the kind of organic nutrients that Earth microbes like, with inconclusive results. Later this year, the European Space Agency’s ExoMars Trace Gas Orbiter will begin scoping out methane in the Martian atmosphere, which could be produced by Earth-like bacterial life. NASA’s Mars 2020 rover will likewise scan for carbon-based compounds from possible past or present Mars organisms.

But the environment on Mars isn’t much like that on Earth, and the exoplanets that astronomers are finding around other stars are stranger still – many of them quite unlike anything in our solar system. For that reason, it’s important to broaden the search for life. We need to open our minds to genuinely alien kinds of biological, chemical, geological and physical processes. ‘Everybody looks for “biosignatures”, but they’re meaningless because we don’t have any other examples of biology,’ said the chemist Lee Cronin at the University of Glasgow.

To open our minds, we need to go back to basics and consider the fundamental conditions that are necessary for life. First, it needs some form of energy, such as from volcanic hot springs or hydrothermal vents. That would seem to rule out any planets or moons lacking a strong source of internal heat. Life also needs protection from space radiation, such as an atmospheric ozone layer. Many newly discovered Earth-size worlds, including ones around TRAPPIST-1 and Proxima Centauri, orbit red dwarf stars whose powerful flares could strip away a planet’s atmosphere. Studies by the James Webb Space Telescope (JWST), set to launch next year, will reveal whether we should rule out these worlds, too.

Finally, everything we know about life indicates that it requires some kind of liquid solvent in which chemical interactions can lead to self-replicating molecules. Water is exceptionally effective in that regard. It facilitates making and breaking chemical bonds, assembling proteins or other structural molecules, and – for an actual organism – feeding and getting rid of waste. That’s why planetary scientists currently focus on the ‘habitable zone’ around stars, the locations where a world could have the right temperature for liquid water on its surface.

These constraints still leave a bewildering range of possibilities. Perhaps other liquids could take the place of water. Or a less exotic possibility: maybe biology could arise in the buried ocean on an ice-covered alien world. Such a setting could offer energy, protection and liquid water, yet provide almost no outward sign of life, making it tough to detect. For planets around other stars, we simply do not know enough yet to say what is (or is not) happening there. ‘It’s difficult to imagine that we could definitively find life on an exoplanet,’ conceded Jonathan Lunine, a planetary scientist at Cornell University. ‘But the outer solar system is accessible to us.’

The search for exotic life therefore must begin close to home. The moons of Saturn and Jupiter offer a test case of whether biology could exist without an atmosphere. Jupiter’s Europa and Saturn’s Enceladus both have inner oceans and internal heat sources. Enceladus spews huge geysers of water vapour from its south pole; Europa appears to puff off occasional plumes as well. Future space missions could fly through the plumes and study them for possible biochemicals. NASA’s proposed Europa lander, which could launch in about a decade, could seek out possible microbe-laced ocean water that seeped up or snowed back down onto the surface.

Meanwhile, another Saturn moon, Titan, could tell us whether life can arise without liquid water. Titan is dotted with lakes of methane and ethane, filled by a seasonal hydrocarbon rain. Lunine and his colleagues have speculated that life could arise in this frigid setting. Several well-formulated (but as-yet unfunded) concepts exist for a lander that could investigate Titan’s methane lakes, looking for microbial life.

For the motley bunch of exoplanets that have no analog in our solar system, however, scientists have to rely on laboratory experiments and sheer imagination. ‘We’re still looking for the basic physical and chemical requirements that we think life needs, but we’re trying to keep the net as broad as possible,’ Cable said. Exoplanet researchers such as Sara Seager at the Massachusetts Institute of Technology and Victoria Meadows at the University of Washington are modelling disparate types of possible planetary atmospheres and the kinds of chemical signatures that life might imprint onto them.

Now the onus is on NASA and other space agencies to design instruments capable of detecting as many signs of life as possible. Most current telescopes access only a limited range of wavelengths. ‘If you think of the spectrum like a set of venetian blinds, there are only a few slats removed. That’s not a very good way to get at the composition,’ Lunine said. In response, astronomers led by Seager and Scott Gaudi of the Ohio State University have proposed the Habitable Exoplanet Imaging Mission (HabEx) for NASA in the 2030s or 2040s. It would scan exoplanets over a wide range of optical and near-infrared wavelengths for signs of oxygen and water vapour.

Read This Next
Outing Life
Swiss Government Scientist Says We May Be on the Brink of Discovering Alien Life
Convergent Evolution
Scientists Say There May Be "Humans" All Over the Universe
Aye LMAO
Harvard Astronomer Predicts What First Alien Contact Will Be Like
Ice Ice Baby
NASA's Nuclear-Powered Tunneling Bot Could Hunt for Life on Europa
Futurism
A Beautiful, 20-Year Old "New" Discovery: Jupiter Moon's Massive Liquid Plumes
More on Off World
Hall Effect
Yesterday on futurism
Test Suggests Ion Thrusters Could Power Crewed Interplanetary Missions
CHON: Legacy
Yesterday on the byte
James Webb Discovers Coldest Ice in Known Universe, Harboring Molecules Essential For Life
Is There?
Yesterday on the byte
NASA Setting Up Facility For Mars Rock Samples That Might Contain Alien Life
READ MORE STORIES ABOUT / Off World
Keep up.
Subscribe to our daily newsletter to keep in touch with the subjects shaping our future.
+Social+Newsletter
TopicsAbout UsContact Us
Copyright ©, Camden Media Inc All Rights Reserved. See our User Agreement, Privacy Policy and Data Use Policy. The material on this site may not be reproduced, distributed, transmitted, cached or otherwise used, except with prior written permission of Futurism. Articles may contain affiliate links which enable us to share in the revenue of any purchases made.
Fonts by Typekit and Monotype.