The Pentagon Ran a Secret Program to Find UFOs. Should We Expect Aliens?

"The Times story vindicates the claim that a conspiracy of silence has shrouded the defense department when it comes to [UFOs]." 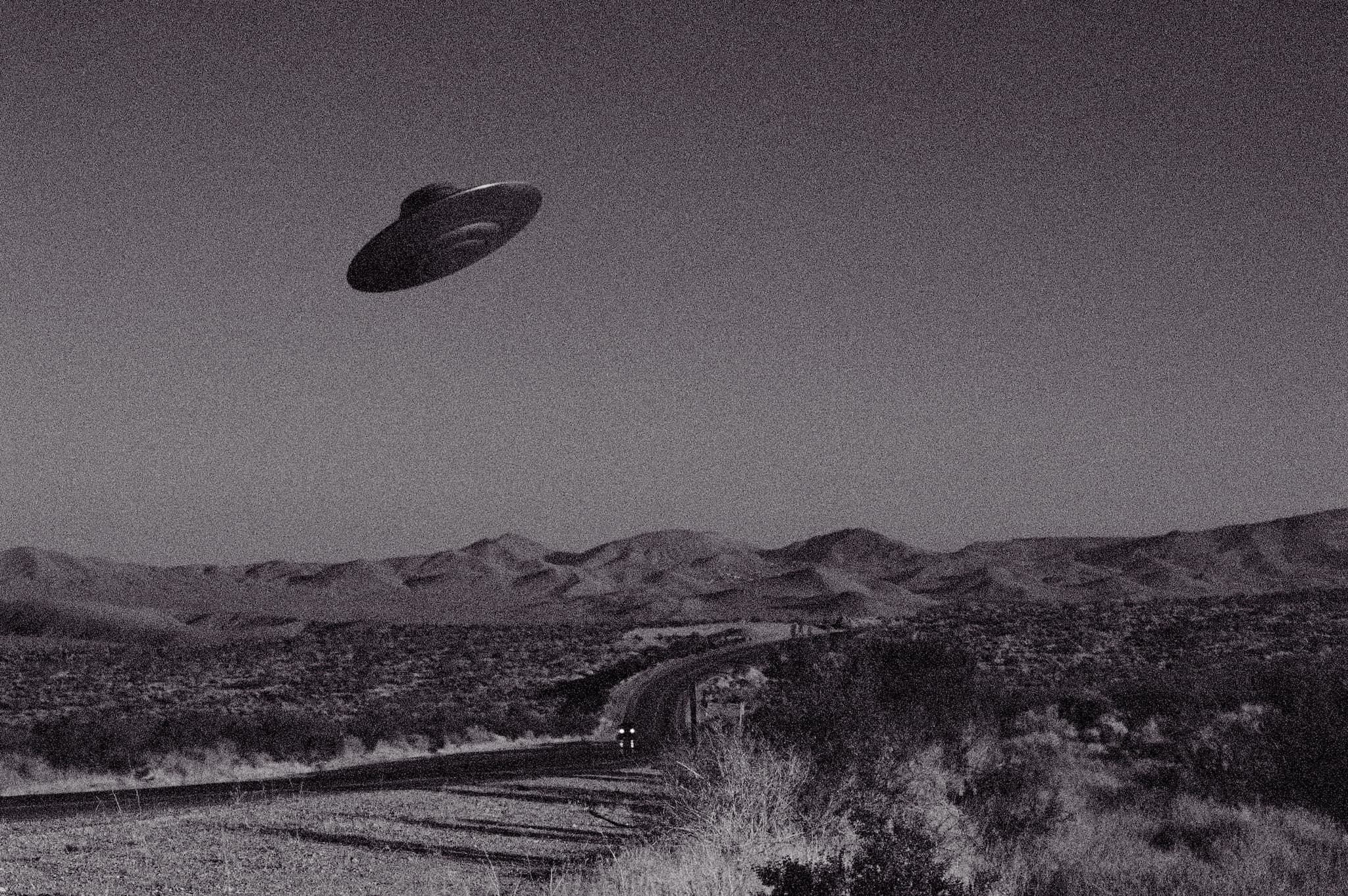 Sightings of aircraft moving at high speeds with no visible signs of propulsion. Objects hovering over the sea without any apparent means of lift. Military operators exchanging nervous messages as they try to make sense of what they are recording. These scenes are part of an unprecedented disclosure from the New York Times, one that outlined details about a top secret Pentagon program devoted to the investigation of UFOs.

Between 2007 and 2012, the United States government spent $22 million of its annual $600 billion defense budget on the so-called Advanced Aviation Threat Identification Program. This is the first time the Government has admitted the existence of such operations. According to Pentagon spokesperson Laura Ochoa, the programs were terminated because “there were other, higher priority issues that merited funding.”

According to the New York Times, the scheme, now defunded, still exists in a more informal fashion. “The Department of Defence takes seriously all threats and potential threats to our people, our assets, and our mission and takes action whenever credible information is developed,” Ochoa said.

So does this revelation signal the existence of alien life visiting Earth? Is the program just a political pet project? We asked a panel of scientists and analysts to weigh in on the significance (or lack thereof) of this revelation.

Below are their thoughts regarding what the Pentagon's secret UFO program means in terms of international relations, scientific advancement, the existence of UFOs, and our search for life in the cosmos.

The good news is that the New York Times story vindicates the claim that a conspiracy of silence has shrouded the Defense Department when it comes to this phenomenon. Indeed, it seems there really was some activity to look into — the possibility that visitors from light-years away have been sailing our skies. I get the impression that the principal motivation was not to verify (or not) extraterrestrial activity, but to check on the possibility of Russian or Chinese aviation developments.

The bad news for saucer sympathizers is that the investigation doesn’t seem to have come up with any really good evidence. Indeed, if the evidence was obviously convincing, the investigation would have been broadened, not cut back or terminated.

Then there are many other questions one could ask: why give so much of the funding for this project to an individual who has long advocated the point of view that Earth is being visited (and, I note, someone whose background is not science)? What you want – and what the UFO investigations of a half-century ago had – is a body of experts who come to the evidence with open minds.

What’s truly amazing is that, for more than a half-century, some folks have claimed visiting craft are hanging out in our airspace. But the evidence remains debatable, to be generous. On the contrary, when the Spaniards invaded Peru at the beginning of the 16th century, the Inca weren’t still arguing the point 50 years later. They knew that someone “alien” was afoot in the land. Somehow, the putative extraterrestrials who’ve decided to visit our planet have managed to keep their activities clandestine, and the good evidence secret from everyone but the U.S. government. That’s a tough assignment!

Andrew Siemion, Director of the SETI Research Center at the University of California, Berkeley:

My opinion as a scientist is that any objective description of any phenomena should be backed up by evidence and, despite many decades of reports of various UFO and abduction phenomena, we have only personal anecdotes and ambiguous photography. Moreover, astronomers spend their lives looking at the sky with a wide variety of telescopes and techniques, and we have never snapped a picture of a spaceship. For the moment, our searches for radio and laser signals from intelligent life and investigation of astrophysical anomalies (SETI) offer us the best opportunity to detect extraterrestrial intelligence, should it exist.

All of that said, the possibility that, in the past, our solar system could have been visited by an advanced extraterrestrial species, or that we may be visited in the future, is real. We know that intelligent life capable of interstellar travel arose at least once in our Universe, and it might have arisen many, many times.

I think the US Navy and Air Force have a lot of weird videos and stories to tell. I think the issue is not unreliable narrators, but unreliable interpreters of confusing, conflicting, and otherwise baffling data and presumed facts.

Let’s talk about this NYT story about UFO’s and how awesome OSINT is https://t.co/yUGF18Lgsc

I think the secrecy and closed-door nature of the investigations means that they likely fall victim to the same cognitive traps the Chilean Navy fell into where they didn’t question the ‘priors,’ the assumptions that underpinned their analysis and came to ‘unidentifiable’ conclusions. If the military released all the data, OSINT [Open Source Intelligence] researchers would likely figure what happened better and faster than these classified investigations.

Peter Garnavich, Chair of the Department of Astrophysics and Cosmology Physics at the University of Notre Dame:

As a scientist, I am skeptical of UFOs. They have been talked about since before I was born, yet all we ever have for evidence are grainy images and dubious eyewitnesses. The vast distances between stars and what we know about space travel make these sighting unlikely to be alien life.

As a person, I love the idea of UFOs. They are mysterious and exciting. They embody the science fiction of Star Trek and Star Wars and the idea that humans are worth visiting. So I am not surprised that the defense department had a UFO office, and I am not surprised that they are closing it. Although they could find worse ways to spend that money.

Avi Loeb, Chair of the Astronomy Department at the University of Harvard:

I was surprised to hear about the federal funding of the UFO study. This would make sense if the unidentifiable flying objects are suspected of potentially being a national security risk, used for espionage for example. At any event, they are very likely to be human-made or natural atmospheric phenomena rather than an indication of an advanced extraterrestrial technology.

Extraordinary claims require extraordinary evidence. But all the UFO evidence I have seen was marginal or circumstantial. We are much more likely to find evidence of alien life through our telescopes than through visual reports of pilots.

Reponses have been edited for brevity and clarity.

Read This Next
Oh God
Trump Implies That the US Military Could Defeat Aliens If They Show Up
Drones?
US Military Releases New Info About Navy UFO Videos
Look at That Thing
Navy Pilot Describes Bizzare "Tic Tac" UFO Encounter He Filmed
Futurism
Maybe We Haven't Found Aliens Because They All Died From Climate Change
More on Sci-Fi Visions
What is Happening
Yesterday on the byte
Elon Musk Sets His Twitter Account to Private
From the Dept. of...
Monday on futurism
The Best Humidifiers of 2023
Human v. Giraffe
Jan 24 on the byte
Chaotic Italian Fashion Line Baffles Facial Recognition Software
READ MORE STORIES ABOUT / Sci-Fi Visions
Keep up.
Subscribe to our daily newsletter to keep in touch with the subjects shaping our future.
+Social+Newsletter
TopicsAbout UsContact Us
Copyright ©, Camden Media Inc All Rights Reserved. See our User Agreement, Privacy Policy and Data Use Policy. The material on this site may not be reproduced, distributed, transmitted, cached or otherwise used, except with prior written permission of Futurism. Articles may contain affiliate links which enable us to share in the revenue of any purchases made.
Fonts by Typekit and Monotype.