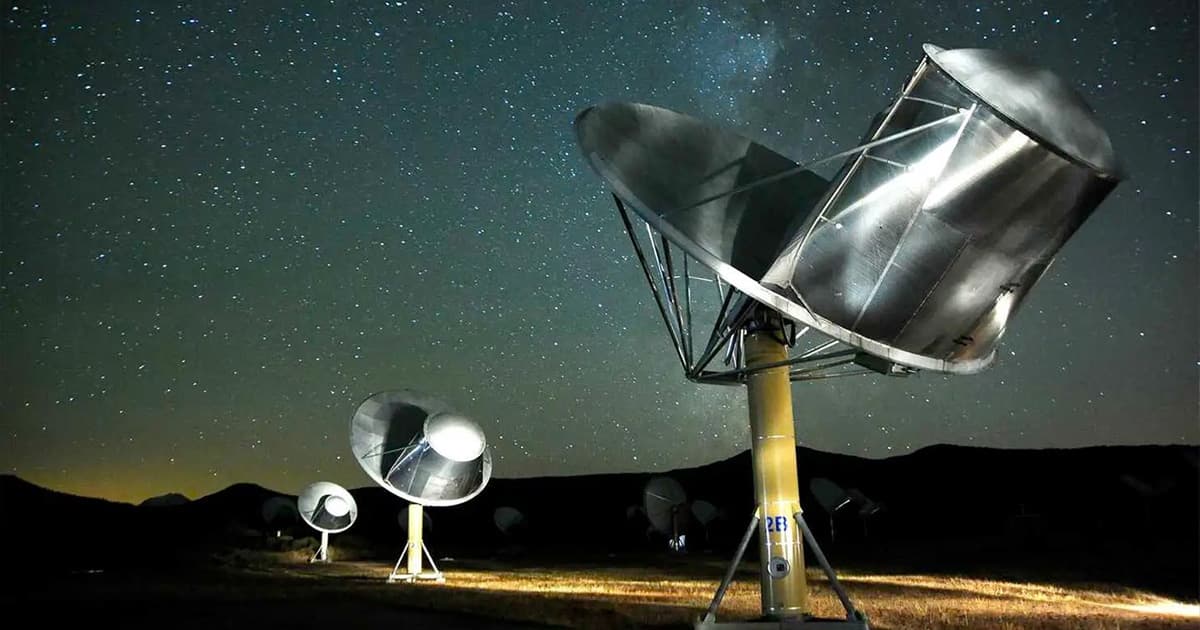 Is There Anybody Out There

He's willing to "bet everybody a cup of Starbucks."

He's willing to "bet everybody a cup of Starbucks."

Just-launched media venture The Debrief already has a eyebrow-raising scoop: Search for Extraterrestrial Intelligence (SETI) Institute senior astronomer Seth Shostak is willing to bet you a cup of joe that we'll find aliens by 2036.

According to Shostak, as the processing power of computers tasked to listen to distant signals from the cosmos doubles every two years or so, computers will be able to monitor more and more channels on which extraterrestrials might be communicating.

"SETI doubles in speed roughly every two years because the speed is largely dependent on computers," the astrophysicist told The Debrief in an interview. "So just follow Moore’s Law, and you know, I bet everybody a cup of Starbucks that we’ll find something by 2036."

Contrary to popular belief, it's computers — not humans — listening to these signals. "We don’t sit in front of the computers and look at the data," Shostak explained The Debrief. "That would be kind of like watching millions of TV channels at the same time."

And by 2036, the SETI institute's computers will have improved enough for astronomers to "have looked at about a million star systems," according to Shostak, "and it’s my gut that says a million is the right number to find something."

Shostak also pointed at the discovery of countless new exoplanets, which he opined allow us to gain new perspectives on what kind of lifeforms may possibly be out there.

READ MORE: SETI Astronomer Bets You a Cup of Coffee That We Find Aliens By 2036 [The Debrief]

AI Aliens
Astronomer: Aliens Will Most Likely Resemble AI if We Ever Make Contact
6. 15. 21
Read More
Maybe We Haven't Found Aliens Because They All Died From Climate Change
6. 7. 18
Read More
The Pentagon Ran a Secret Program to Find UFOs. Should We Expect Aliens?
12. 19. 17
Read More
+Social+Newsletter
TopicsAbout UsContact Us
Copyright ©, Camden Media Inc All Rights Reserved. See our User Agreement, Privacy Policy and Data Use Policy. The material on this site may not be reproduced, distributed, transmitted, cached or otherwise used, except with prior written permission of Futurism. Articles may contain affiliate links which enable us to share in the revenue of any purchases made.
Fonts by Typekit and Monotype.