Documents show that the military has investigated a lot of fringe science. 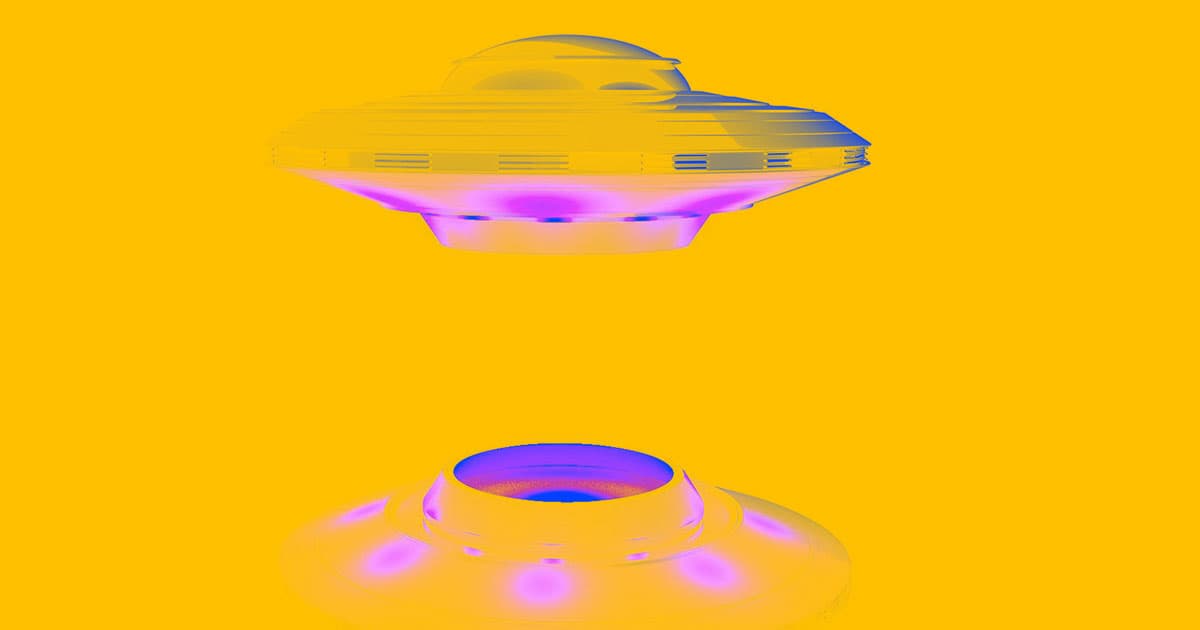 We already knew that the U.S. Department of Defense had secretly funded research on unidentified flying objects — yes, UFOs — thanks to 2017 reporting by the New York Times and the Washington Post.

Now, new documents released by the Defense Intelligence Agency reveal that the program also studied a laundry list of topics that sound like plot devices from "The X-Files," including UFOs, "warp drive," "extra dimensions," and "traversable wormholes."

The newly released documents come thanks to Steven Aftergood, the director of an organization called the Federation of American Scientists’ Project on Government Secrecy. He obtained the files via a Freedom of Information Act request.

"I think anyone who looks at these titles will scratch their heads and wonder what on earth the Defense Intelligence Agency was thinking," Aftergood told technology site Motherboard. "These are the kinds of topics you pursue when you have more money than you know what to do with."

Some of the projects described in the document cache contain almost no details, but mainstream research projects corroborate others.

A German scientist whose work on theoretical cloaking technologies was cited by the journal Nature led a project on "invisibility cloaking," Motherboard pointed out. Richard Obousy, a theoretical physicist whom Futurism has reported on previously, headed a project on "warp drives" and "the manipulation of extra dimensions."

But the full scope of the Defense Department's research into fringe technologies won't be clear until more documentation becomes publicly available.

More on UFOs: Yes, a NASA Scientist Said Aliens May Have Visited Earth. But There’s Some Nuance

Read This Next
Gatekeeping
There's a "Secret Society" in the Pentagon Hiding UFO Secrets, Officials Say
An arms race by any other name.
US Agencies, Military Rush to Condemn Russia Blowing Up Satellite
Alien Fever
Head of NASA Suggests That UFOs Could Be Alien Technology
Who's There?
New Harvard Project Will Investigate Alien Technology
Warp Zone
Is This Startup Working on an Actual Warp Drive?
More on Off World
Take Cover
Yesterday on the byte
Space Startup Blows Up Another Giant Inflatable Space Station Module
Rock Blast
Yesterday on the byte
Scientists Say There's an Upside to Those Rocks That Keep Bludgeoning the James Webb
Meathead Theory
Yesterday on the byte
Professor Receives Insane Email Claiming "Biological" Green Comet Is Giving Off "Meat Smoke"
READ MORE STORIES ABOUT / Off World
Keep up.
Subscribe to our daily newsletter to keep in touch with the subjects shaping our future.
+Social+Newsletter
TopicsAbout UsContact Us
Copyright ©, Camden Media Inc All Rights Reserved. See our User Agreement, Privacy Policy and Data Use Policy. The material on this site may not be reproduced, distributed, transmitted, cached or otherwise used, except with prior written permission of Futurism. Articles may contain affiliate links which enable us to share in the revenue of any purchases made.
Fonts by Typekit and Monotype.