“We have hundreds and hundreds of people that have seen the same thing.” 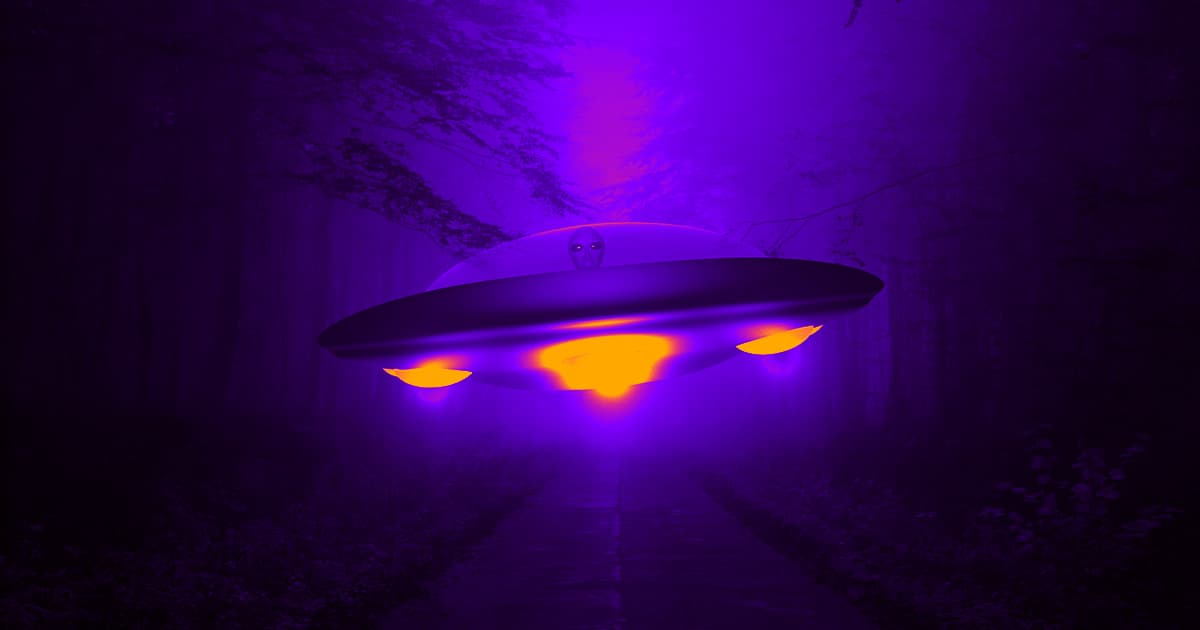 It's been just over a year since the U.S. Defense Department officially declassified two videos that showed an encounter between two Navy F/A-18F fighter jets and an unidentified flying object (UFO).

Now, former Senate Majority Leader Harry Reid (D-NV) — a longtime proponent of UFO research — is calling on Congress to review reports like the Navy encounter, which the Defense Department has collected for years as part of a program dubbed "Black Money."

"I personally don't know if there exist little green men," Reid told KNPR. "I kind of doubt that, but I do believe the information we have indicates we should do a lot more study."

The interview took place, Reid said, just before a scheduled call with a Senator to discuss ways for Congress to listen to the Black Money reports.

But also to take them seriously. "What we found in the past is that these pilots, when they see something strange like this, they’re prone not to report it for fear that the bosses will think something’s wrong with them, and they don’t get the promotion,” Reid told KNPR. “So, many, many times they don’t say a word to anybody about these strange things."

After all, one of the biggest reasons these sightings never actually surfaced or reported by service members is the stigma surrounding the subject of aliens and UFOs.

Reid may have retired back in 2017, but he still has powerful connections inside Congress. Service members deserve, he believes, to have their voices heard.

"Frankly, I think the federal government has done almost nothing to help us with this," Reid said.

More on UFOs: You’re Not Crazy if You Believe in UFOs. Let’s Discuss in Scientific Terms.

Read This Next
Consider the Source
Pentagon UFO Report Describes Radiation Burns, Other Bizarre Claims
From Our Partners
10 Thought-Provoking Books That Give Us Insight And Understanding Into Our Future
AI Aliens
Astronomer: Aliens Will Most Likely Resemble AI if We Ever Make Contact
LITTLE GREEN MEN, LITTLE GREEN BILLS
Economics Professor: UFOs Could Be a Big Deal For the Economy
Oh God
Trump Implies That the US Military Could Defeat Aliens If They Show Up
More on Sci-Fi Visions
FROM THE DEPT. OF...
1:22 PM on futurism
Show Your Love for Our National Parks With These Gifts
FROM THE DEPT. OF...
Tuesday on futurism
Early 4th of July 2022 Deals You Can Get Right Now
Plastic Press
Monday on the byte
Kenyan Engineer Invents Method to Turn Waste Plastic Into Sturdy Construction Bricks
READ MORE STORIES ABOUT / Sci-Fi Visions
Keep up.
Subscribe to our daily newsletter to keep in touch with the subjects shaping our future.
+Social+Newsletter
TopicsAbout UsContact Us
Copyright ©, Camden Media Inc All Rights Reserved. See our User Agreement, Privacy Policy and Data Use Policy. The material on this site may not be reproduced, distributed, transmitted, cached or otherwise used, except with prior written permission of Futurism. Fonts by Typekit and Monotype.