What the hell did we just read? 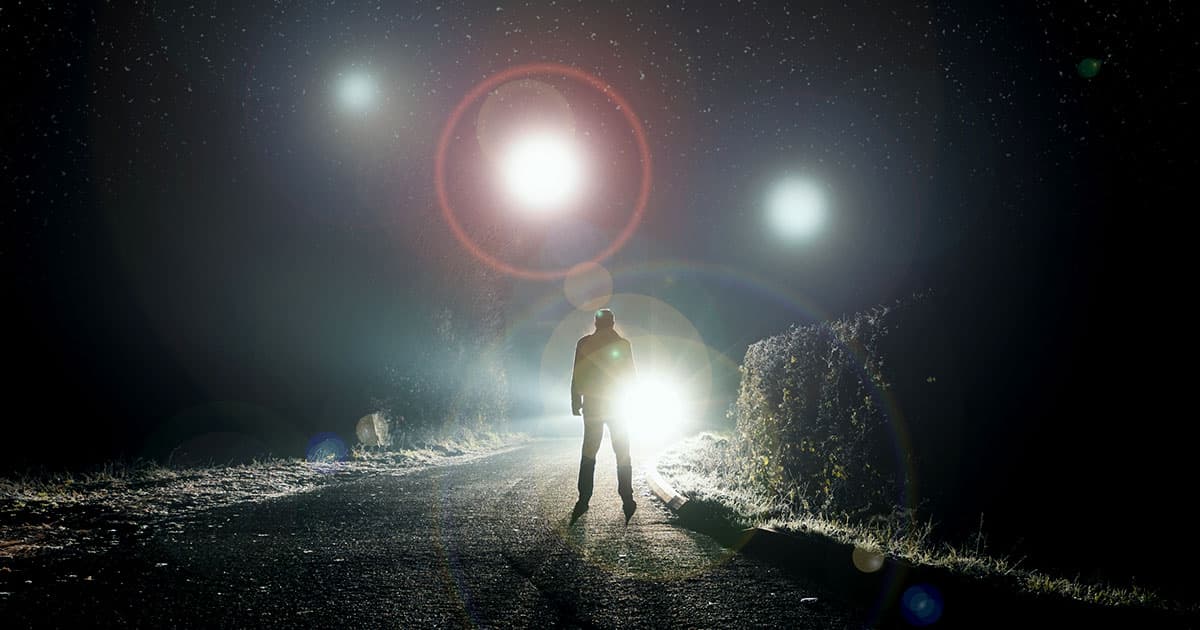 Four years after filing a Freedom of Information Act request with the US Defense Intelligence Agency, British tabloid The Sun was handed a stunning piece of information: over 1,500 pages of bizarre, previously classified documentation about reports of contact with UFOs.

The material is surprisingly full of outrageous claims, from alleged injuries to "human observers by anomalous advanced aerospace systems," to an "apparent abduction" and "unaccounted for pregnancy."

But that doesn't mean should we take all of this information at face value. The Sun is a pretty dubious tabloid, so it's likely that it's framing the documents in as sensational a way as possible.

The cache comes from a shadowy Pentagon program called the Advanced Aerospace Threat Identification Program (AATIP) which secretly ran from 2007 to 2012. The program came to light in 2017 when the New York Times obtained military footage, later confirmed to be authentic, seemingly showing unidentified aircraft moving in highly unusual ways.

According to the Sun, the report includes 42 cases from medical files and 300 similar cases in which people claim to have been injured following "anomalous" encounters. Some of these injuries appeared to be the result of electromagnetic radiation or inflicted by "energy related propulsion systems."

In case you're taking any of this too seriously, the report also contains reports of "poltergeists, crop circles, spontaneous human combustion, alien abductions and other paranormal events," according to the tabloid.

Other eyebrow-raising encounters apparently described in the documentation include "ghosts, yetis, spirits, elves and other mythical/legendary entities," according to the Sun.

There are plenty of reasons to be skeptical. For one, the outlet has yet to publicize the documents it received. We also don't know what kind of vetting process the AATIP used in its investigations, as Live Science points out. In other words, it's possible that the documents represent nothing more than a bunch of cranks who contacted the government.

But considering that the US government is taking investigations into what it refers to as "unidentified aerial phenomena" more seriously than ever before, it's at the very least a notable release, and we'll be intrigued to learn more.

Whether anybody else outside of the Sun's editorial department will ever be able to comb through these documents is still unclear. So for now, we'll have to take the news with a hefty grain of salt.

Read This Next
AI Aliens
Astronomer: Aliens Will Most Likely Resemble AI if We Ever Make Contact
LITTLE GREEN MEN, LITTLE GREEN BILLS
Economics Professor: UFOs Could Be a Big Deal For the Economy
Oh God
Trump Implies That the US Military Could Defeat Aliens If They Show Up
Drones?
US Military Releases New Info About Navy UFO Videos
Look at That Thing
Navy Pilot Describes Bizzare "Tic Tac" UFO Encounter He Filmed
More on Sci-Fi Visions
What is Happening
Feb 1 on the byte
Elon Musk Sets His Twitter Account to Private
From the Dept. of...
Jan 30 on futurism
The Best Humidifiers of 2023
Human v. Giraffe
Jan 24 on the byte
Chaotic Italian Fashion Line Baffles Facial Recognition Software
READ MORE STORIES ABOUT / Sci-Fi Visions
Keep up.
Subscribe to our daily newsletter to keep in touch with the subjects shaping our future.
+Social+Newsletter
TopicsAbout UsContact Us
Copyright ©, Camden Media Inc All Rights Reserved. See our User Agreement, Privacy Policy and Data Use Policy. The material on this site may not be reproduced, distributed, transmitted, cached or otherwise used, except with prior written permission of Futurism. Articles may contain affiliate links which enable us to share in the revenue of any purchases made.
Fonts by Typekit and Monotype.