The Navy isn't saying aliens are real, but it wants to train pilots how to report UFOs. 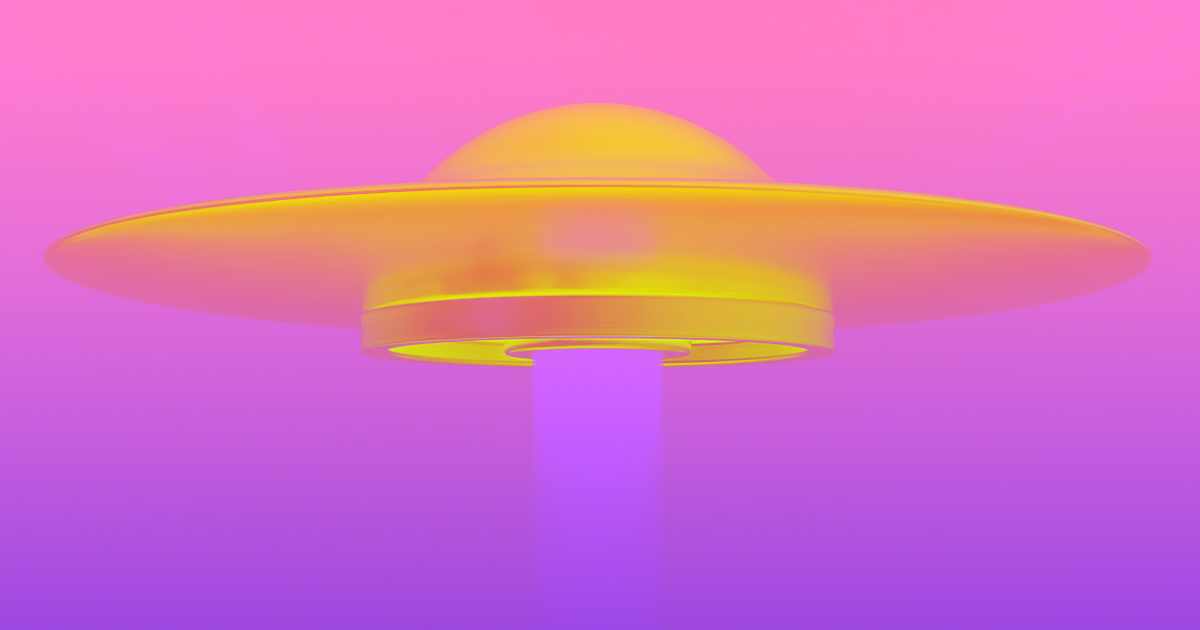 The U.S. Navy is working on new guidelines for its personnel to report sightings and other encounters with "unidentified aircraft," Politico reports.

It sounds like a major step toward taking UFO encounters more seriously: the Navy's new process would create formalized guidelines for sailors and pilots alike to report and analyze each one of the encounters.

The Truth Is Out There

No, this is definitely not the Navy confirming the existence of extraterrestrials, as Politico points out. It's just giving the rank and file a chance to have their encounters examined by military authorities.

"There have been a number of reports of unauthorized and/or unidentified aircraft entering various military-controlled ranges and designated air space in recent years," the Navy said in a statement to Politico. "For safety and security concerns, the Navy and the [U.S. Air Force] takes these reports very seriously and investigates each and every report."

Rather than ignoring and dumping the data collected during sightings of UFOs and other "unexplained aerial phenomena," as Pentagon officials put it, the sightings would be investigated and studied by personnel — though exactly who gets to review the data is unclear.

In 2017, the New York Times reported on a $22 million program by the Pentagon called the Advanced Aerospace Threat Identification Program that allegedly was devoted to the investigation of UFOs. Perhaps the Navy's upcoming guidelines could simply be an outcome of that.

Read This Next
Gatekeeping
There's a "Secret Society" in the Pentagon Hiding UFO Secrets, Officials Say
Alien Fever
Head of NASA Suggests That UFOs Could Be Alien Technology
Who's There?
New Harvard Project Will Investigate Alien Technology
Head to Head
Elon Musk Bitterly Feuds With CEO He Was Joking With Literally Yesterday
Weird Science
The U.S. Secretly Funded Research on UFOs, Wormholes, and Warp Drives
More on Off World
Drama Bomb
Yesterday on the byte
European Space Agency Halts Plans to Send Astronauts to Chinese Space Station
Futurism
Yesterday on the byte
Asteroid Mining Startup About to Launch First Mission
Carry On, Wayward...
Yesterday on the byte
NASA Says Lucy Spacecraft Will Forge Ahead With Busted Solar Array
READ MORE STORIES ABOUT / Off World
Keep up.
Subscribe to our daily newsletter to keep in touch with the subjects shaping our future.
+Social+Newsletter
TopicsAbout UsContact Us
Copyright ©, Camden Media Inc All Rights Reserved. See our User Agreement, Privacy Policy and Data Use Policy. The material on this site may not be reproduced, distributed, transmitted, cached or otherwise used, except with prior written permission of Futurism. Articles may contain affiliate links which enable us to share in the revenue of any purchases made.
Fonts by Typekit and Monotype.