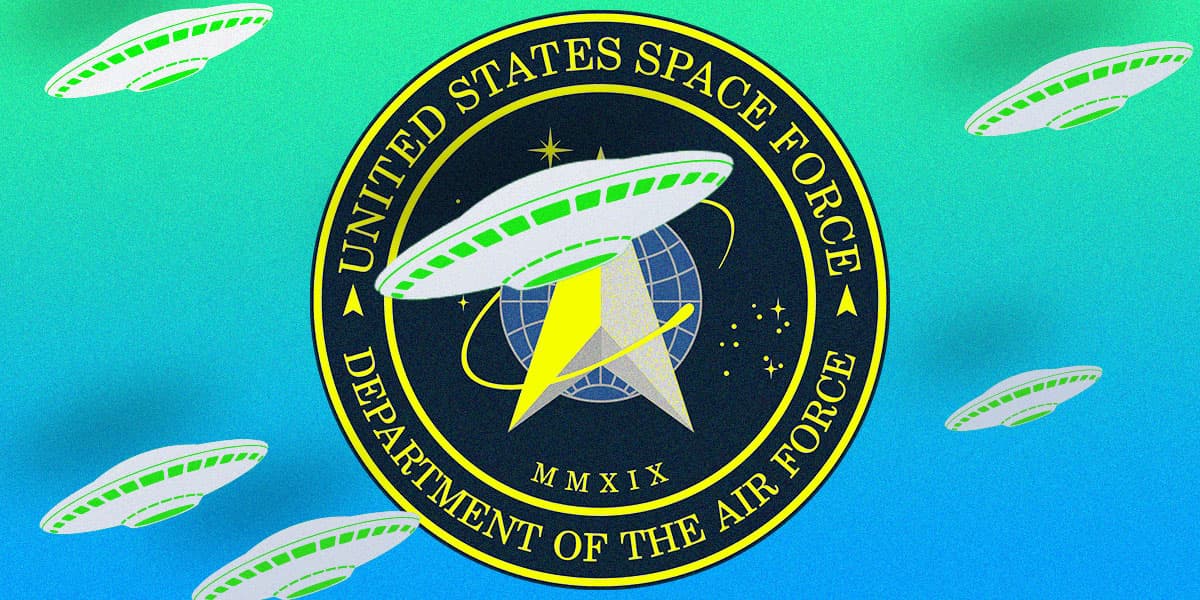 Space Force Leaders Are Too Embarrassed to Study UFOs

"They want people to take them seriously."

"They want people to take them seriously."

US Space Force leaders are worried that nobody will take them seriously if the branch were to take a bigger role in investigating reports, video and data about UFOs, according to Politico.

The internal hesitance to study reports of "unidentified aerial phenomena," when even NASA says it's now researching them, is a sign both of the taboo surrounding the topic — and of the Trump-era Space Force's deep seated fear of being a laughingstock compared to more established parts of the military-industrial complex.

Some at Space Force argue that it'd make "perfect sense" to study the phenomena, as one unnamed former intelligence official told Politico.

"There is no limit to the Space Force mission," the Politico source said. "It doesn't have a geographic boundary like the other services."

But Space Force has already struggled with its reputation, becoming the butt of many jokes and even the subject of an entire Netflix TV comedy series of the same name.

Becoming more tied to the subject of UFOs could make it even more difficult to maintain an air of authority, according to the former official.

"They want people to take them seriously," the source told Politico. "They don't want to do anything that is embarrassing. But this is national security. This is their job."

The news comes after the Pentagon released its long-awaited report on UFO sightings in June. The report was a bit of a letdown, failing to include much we didn't already know.

Many of the discussions by the Pentagon's Unidentified Aerial Phenomena Task Force, which was set up last year to study sightings made by pilots over the last two decades, are still behind closed doors.

Whether the Space Force will play a more significant role in investigating the sightings is anybody's guess — but it sounds like the branch's leaders will think twice before committing to a more substantial role.

Space Force Antics
Space Force Official Reportedly Showed Off Sex Toys at Work
12. 20. 22
Read More
Okay Then
Millionaire Refurbishing Cold War Radar Unit to Hunt UFOs
7. 7. 22
Read More
Out There
Former Pentagon Officials Say Family of UFO Investigator Reported Creature Peering into Their House
3. 9. 22
Read More
+Social+Newsletter
TopicsAbout UsContact Us
Copyright ©, Camden Media Inc All Rights Reserved. See our User Agreement, Privacy Policy and Data Use Policy. The material on this site may not be reproduced, distributed, transmitted, cached or otherwise used, except with prior written permission of Futurism. Articles may contain affiliate links which enable us to share in the revenue of any purchases made.
Fonts by Typekit and Monotype.