Carl Sagan on How Humanity Would Transform if Aliens Contacted Earth

If we encountered alien life, how would you react? 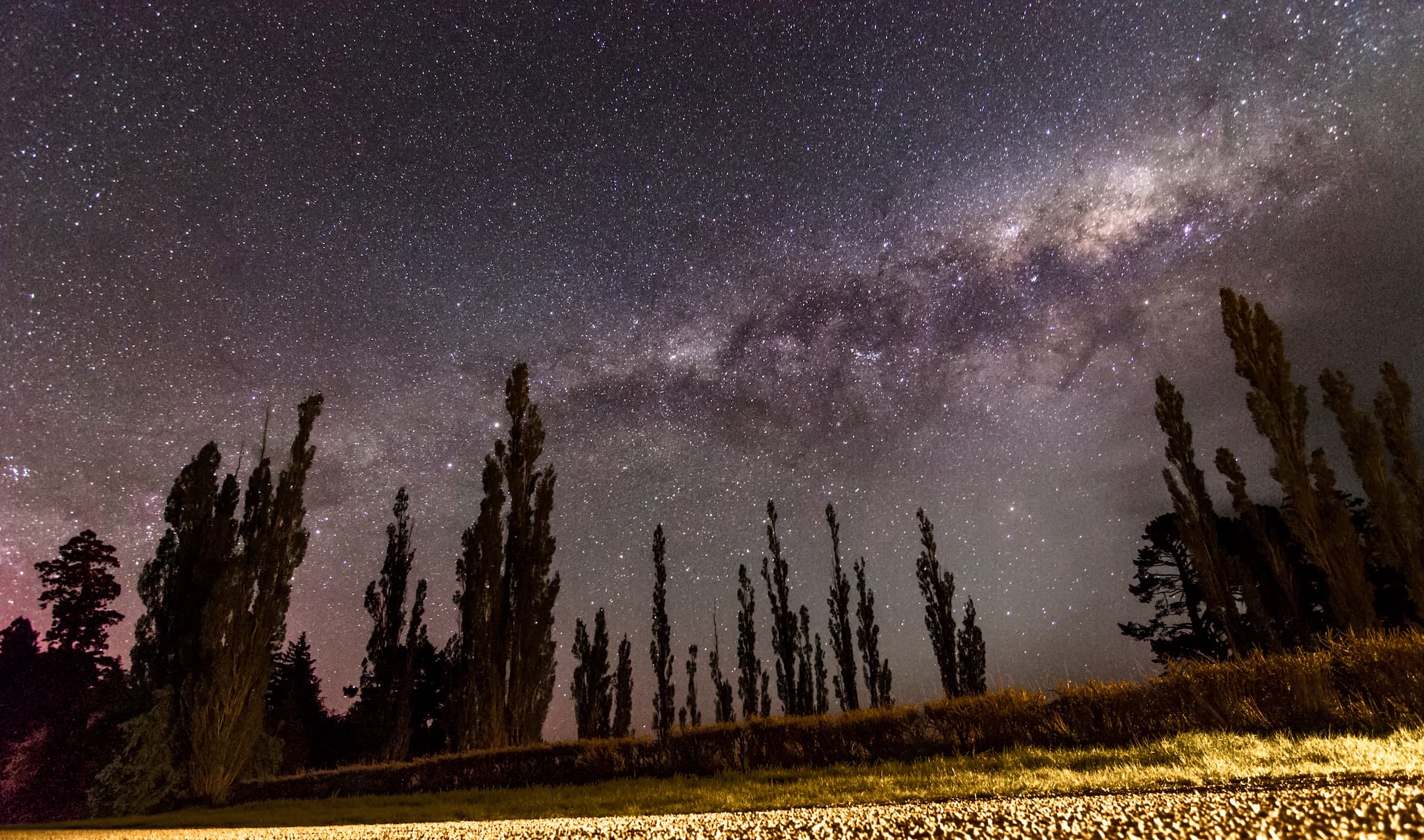 If mankind were contacted by an alien race, how would the world react? How would people change?

I recently had the pleasure of reading Contact, and one of the aspects I most admired about it was Dr. Sagan’s humble suggestion that communication with an alien race would compel mankind to reassess its internal conflicts and prejudices.

“By now, the news of the Message from Vega had reached every nook and cranny of the planet Earth. […] Amidst the sectarian commentary, there was also—all over the world, it was now apparent—a sense of wonder, even of awe. Something transforming, something almost miraculous was happening. The air was full of possibility, a sense of a new beginning.

There were still political conflicts, some of them—like the continuing South African crisis—serious. But there was also a notable decline in many quarters of the world of jingoist rhetoric and puerile self-congratulatory nationalism. There was a sense of the human species, billions of tiny beings spread over the world, collectively presented with an unprecedented opportunity, or even a grave common danger. To many, it seemed absurd for the contending nation states to continue their deadly quarrels when faced with a nonhuman civilization of vastly greater capabilities.

For decades after 1945, the world stockpile of strategic nuclear weapons had steadily grown. […] The time came when there were more than 25,000 of them on the planet, ten for every city. […] But finally the world came to its senses. […] the Americans and the Russians undertook to diminish their strategic arsenals down to a thousand nuclear weapons each. […] Britain, France, and China agreed to begin reducing their arsenals once the superpowers had gone below the 3,200 mark. The Hiroshima Accords were signed, to world-wide rejoicing, next to the famous commemorative plaque for the victims in the first city ever obliterated by a nuclear weapon: ‘Rest in peace, for it shall never happen again.’“

Sagan speculates that an extraterrestrial message would have the effect of revealing to mankind the folly of its divisions against itself. He seems to suggest that our national boundaries, in the face of a situation affecting the entirety of our small, blue world, would appear as little more than arbitrary lines drawn in the sand, reducing our obstinate and ego-driven political conflicts to little more than unreasonable disputes among siblings, and ushering in a newfound spirit of cooperation and peacemaking.

A beautiful proposition, to be sure. The subtextual message to be drawn from this is that we would be wise to reach these realizations on our own, and that sometime (probably in the not-too-distant future) we must. In the face of looming environmental crises and continuing war and conflict in 2013, Sagan’s message remains supremely poignant. Understanding our inherent unity and shared destiny as natives of Earth should not require an event of galactic magnitude. In the coming decades, it will be our responsibility to find in our hearts a Sagan-esque cosmic perspective, if we are to band together and confront the sizable challenges facing our planet.

Later in the novel, Sagan discusses the effect of viewing the Earth from the perspective of one who is orbiting it in space:

“It wasn’t hard to imagine a time when the predominant loyalty would be to this blue world, or even to the cluster of worlds huddling around the nearby yellow dwarf star on which humans, once unaware that every star is a sun, had bestowed the definite article: the Sun. It was only now, when many people were entering space for longer periods and had been afforded a little time for reflection, that the power of the planetary perspective began to be felt. A significant number of these occupants of low Earth orbit, it turned out, were influential down there on Earth.”

The Overview Effect and the “Pale Blue Dot”

One is reminded here of what has been called “the overview effect,” which refers to the profound shift in perspective that is said to be experienced when one views the Earth from space.

There is a wonderful documentary, just under 20 minutes long, that shares the life-changing stories of astronauts who have seen the Earth from the outside: watch it here if you’re interested.

In the orange-ish beam of light on the right side of the image, you’ll notice a tiny speck. That speck is Earth, our home, as seen from Voyager 1 in 1990. Upon seeing this image, Carl Sagan was inspired to reflect on its significance. It seems only fitting to here include Sagan’s eloquent and moving thoughts on the “Pale Blue Dot“:

The aggregate of our joy and suffering, thousands of confident religions, ideologies, and economic doctrines, every hunter and forager, every hero and coward, every creator and destroyer of civilization, every king and peasant, every young couple in love, every mother and father, hopeful child, inventor and explorer, every teacher of morals, every corrupt politician, every “superstar,” every “supreme leader,” every saint and sinner in the history of our species lived there—on a mote of dust suspended in a sunbeam.

The Earth is a very small stage in a vast cosmic arena. Think of the endless cruelties visited by the inhabitants of one corner of this pixel on the scarcely distinguishable inhabitants of some other corner—how frequent their misunderstandings, how eager they are to kill one another, how fervent their hatreds. Think of the rivers of blood spilled by all those generals and emperors so that, in glory and triumph, they could become the momentary masters of a fraction of a dot.

Our posturings, our imagined self-importance, the delusion that we have some privileged position in the Universe, are challenged by this point of pale light. Our planet is a lonely speck in the great enveloping cosmic dark. In our obscurity, in all this vastness, there is no hint that help will come from elsewhere to save us from ourselves. The Earth is the only world known so far to harbor life. There is nowhere else, at least in the near future, to which our species could migrate. Visit, yes. Settle, not yet. Like it or not, for the moment the Earth is where we make our stand.

It has been said that astronomy is a humbling and character-building experience. There is perhaps no better demonstration of the folly of human conceits than this distant image of our tiny world. To me, it underscores our responsibility to deal more kindly with one another, and to preserve and cherish the pale blue dot, the only home we’ve ever known.”

Carl Sagan’s life was dedicated to the advancement and betterment of our species. Though he is perhaps thought of first as one who spent his life gazing outward, his writings reveal a strong commitment to humanitarian concerns.

This begins with each of us. When we practice kindness, acceptance, and non-aggression in our daily lives, we do the work of slowly creating that of which so many have dreamt: a loving and non-violent world.His advice to us, like that of so many great teachers and leaders of history, is simple and unmistakable. From beyond the grave, he urges us to band together, to see through our artificial and constructed differences, to embrace one another as members of a single global community. He suggests in utter seriousness that the future of our planet and species depend on this transformation of heart and mind. Sagan left the world a wonderful legacy, and we should honor him by striving to become what he envisioned: compassionate, peaceful, and unified.

“Every one of us is, in the cosmic perspective, precious. If a human disagrees with you, let him live. In a hundred billion galaxies, you will not find another.”

Read This Next
Futurism
Phoning Home: Is Intelligent Alien Life Really Out There?
More on Op-Ed
SPONSORED CONTENT
9. 30. 21 on futurism
Buy Delta 8 THC Online: Top D8 Companies of 2021
SPONSORED CONTENT
9. 27. 21 on futurism
Delta 8 Carts Near Me: Top 15 Brands to Buy From
Mirror, Mirror
5. 16. 21 on the byte
Watch the James Webb Space Telescope Open Its Massive, Golden Mirrors
READ MORE STORIES ABOUT / Op-Ed
Keep up.
Subscribe to our daily newsletter to keep in touch with the subjects shaping our future.
+Social+Newsletter
TopicsAbout UsContact Us
Copyright ©, Camden Media Inc All Rights Reserved. See our User Agreement, Privacy Policy and Data Use Policy. The material on this site may not be reproduced, distributed, transmitted, cached or otherwise used, except with prior written permission of Futurism. Articles may contain affiliate links which enable us to share in the revenue of any purchases made.
Fonts by Typekit and Monotype.