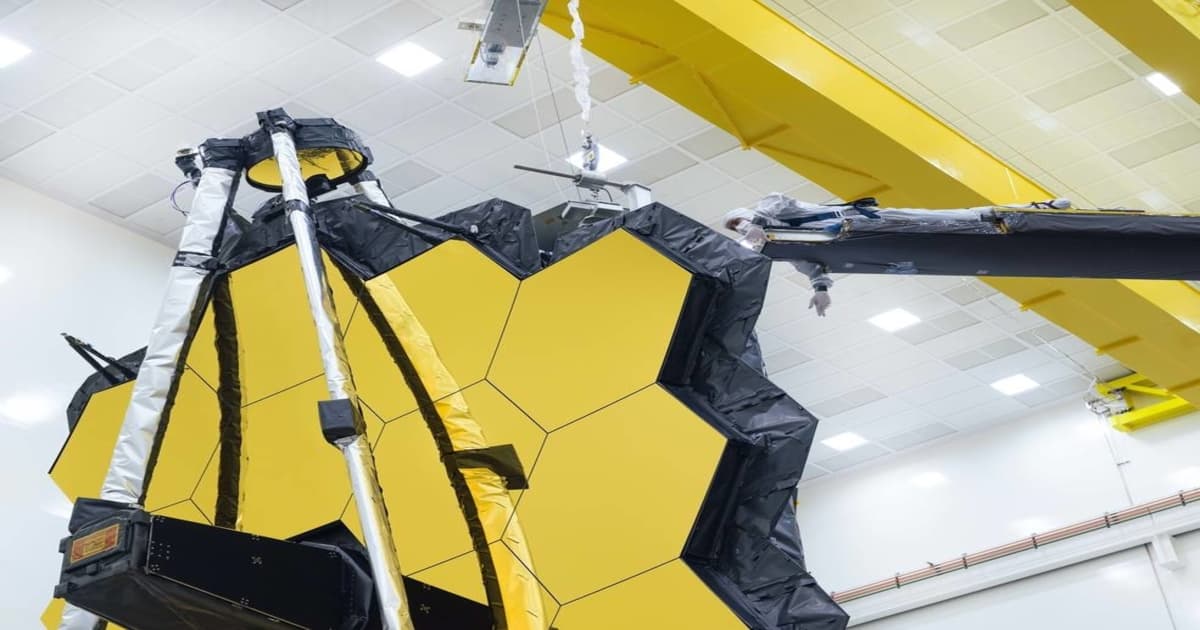 "The primary mirror is a technological marvel."

"The primary mirror is a technological marvel."

The James Webb Telescope has opened up its massive mirror “wings” for the last time on Earth before it launches later in 2021.

NASA opened up the 21-foot set of golden mirrors as part of the telescope's final tests to see if it can lock itself into place, according to the agency. The 18 hexagonal mirrors will be used to peer into the distant regions of space and observe the cosmos.

"The primary mirror is a technological marvel," said Lee Feinberg, the optical telescope element manager for the Webb at NASA’s Goddard Space Flight Center, in a statement. "The lightweight mirrors, coatings, actuators and mechanisms, electronics and thermal blankets when fully deployed form a single precise mirror that is truly remarkable."

But don’t just take his word for it — you can watch the stunning footage for yourself below:

The Webb went through a fairly rigorous set of tests in preparation for its big launch later this year.

It involved deploying each of the telescope’s 132 actuators and motors that help the mirrors move as one. They can also manipulate the mirrors to unfold it from its compact traveling shape once it’s launched into orbit.

"This is not just the final deployment test sequence that the team has pulled off to prepare Webb for a life in space, but it means when we finish, that the primary mirror will be locked in place for launch," Feinberg said.

The Webb telescope is slated to launch in late 2021. Once it does, NASA said that it hopes "Webb will solve mysteries in our solar system, look beyond to distance worlds around other stars, and probe the mysterious structures and origins of our universe and our place in it."

Astronomers Might Have Finally Taken the First Image of a Black Hole
4. 13. 17
Read More
Cat and Mouse
SpaceX to Launch "Hunter" Satellites for Targeting Rival Spacecraft
3:38 PM
Read More
Bang
Harvard Researcher Warns AI Arms Race Could Destroy Civilization
3:05 PM
Read More
+Social+Newsletter
TopicsAbout UsContact Us
Copyright ©, Camden Media Inc All Rights Reserved. See our User Agreement, Privacy Policy and Data Use Policy. The material on this site may not be reproduced, distributed, transmitted, cached or otherwise used, except with prior written permission of Futurism. Articles may contain affiliate links which enable us to share in the revenue of any purchases made.
Fonts by Typekit and Monotype.