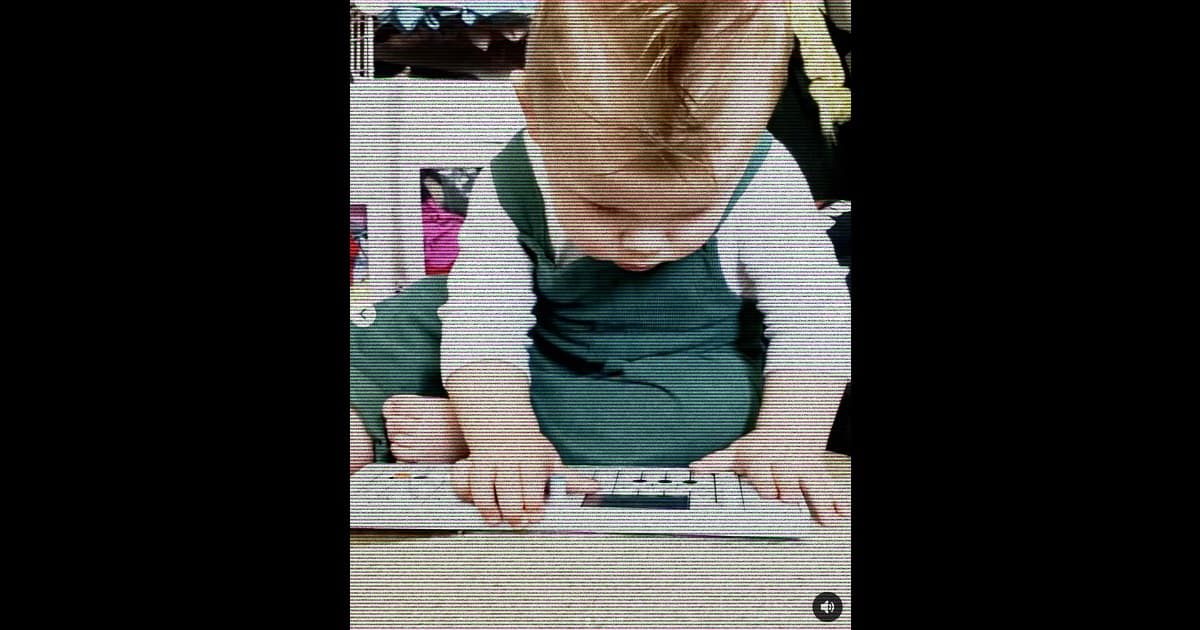 Listen to his fire set.

Listen to his fire set.

Elon Musk and Claire "Grimes" Boucher might have a future music producer on their hands.

Grimes posted a video to her Instagram Story of the couple’s baby, X Æ A-XII, playing with her synthesizer and making some impromptu beats. The adorable baby beamed with joy as he composed loops and flexed his inherited melodic abilities. At one point, he stared up at his mother to laugh at his creation.

If the videos are an early indication of things to come, little baby X might be following in his mother’s footsteps when he grows up.

Watch and listen below:

This video of baby X by Grimes is adorable 🥰 XÆA-XII is around 10 months here — his birthday is May 4th.pic.twitter.com/WYvkq7NrhN

Though Grimes and Musk aren't exactly hurting for money at the moment, it’s worth mentioning that the synthesizer the baby was playing with is not exactly cheap.

In fact, the Teenage Engineering OP-1 Portable Synthesizer is going to run you about $1,299, according to BuzzFeed. Luckily, if you qualify for the stimulus checks, you’ll have enough to buy it with a little left over.

Wait, How Do You Pronounce That Again?

Though it’s always nice to see what the billionaire’s baby is up to, it’s easy to forget how his complex name is pronounced.

(Let’s be honest: His parents did him no favors in this department.)

But it’s pretty straightforward — at least according to Musk.

"It's just X, the letter X. And then the Æ is, like, pronounced 'ash.’ And then A-12 is my contribution," Musk said on a May 2020 appearance on The Joe Rogan Experience.

So "ex ash ay twelve." A great name for a future electronica star, to be honest.

Helping Hand
5 Ways Elon Musk Can Help the Ship Trapped in the Suez Canal
3. 27. 21
Read More
Cartoons from tomorrow
Coming Soon: Our First Book Based on Futurism Cartoons
11. 12. 18
Read More
Why Apple Should Buy Tesla and Make Elon Musk CEO
4. 10. 17
Read More
+Social+Newsletter
TopicsAbout UsContact Us
Copyright ©, Camden Media Inc All Rights Reserved. See our User Agreement, Privacy Policy and Data Use Policy. The material on this site may not be reproduced, distributed, transmitted, cached or otherwise used, except with prior written permission of Futurism. Fonts by Typekit and Monotype.