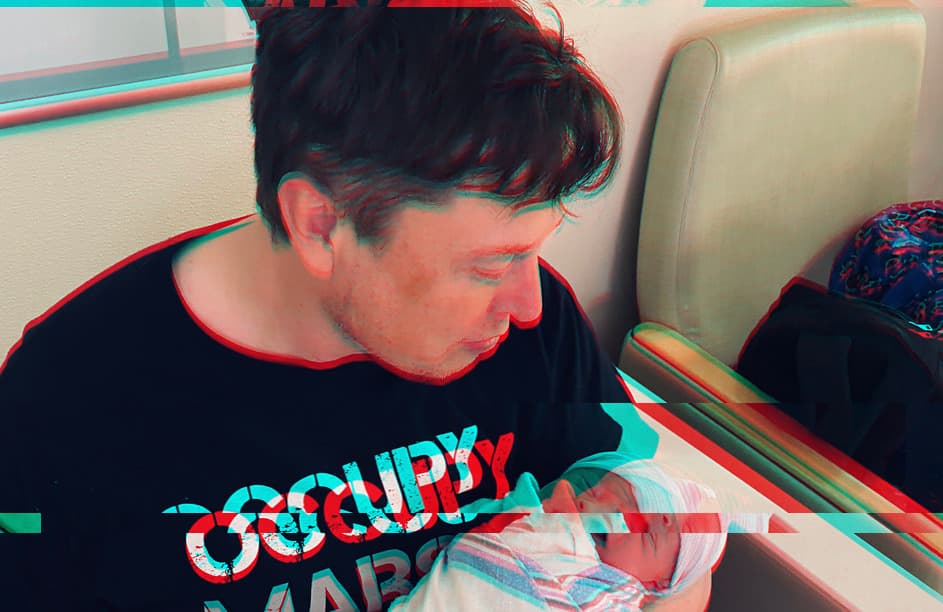 The baby is a boy, the entrepreneur clarified in a followup message. And its name — well, if the enigmatic entrepreneur is to be believed, its name is "X Æ A-12 Musk."

Musk and Boucher have enjoyed a high-profile and scifi-tinged romance ever since debuting their relationship at the Met Ball in 2018: their relationship has reportedly inspired Musk's peculiar beef with the SEC and perhaps even Boucher's futuristic album Miss Anthropocene, which explored themes about all-power artificial intelligence that both Musk and Boucher have commented on publicly.

Boucher first teased the pregnancy back in January, later confirming that Musk is the father.

It's worth pointing out that Musk is a noted online jokester and weirdo — to wit, the first image of the baby he shared had been modified so that it had face tattoos — so he could well be trolling us about the name.

But if it is real, Inverse has a few theories about what it might mean. One is that the technical term for "Æ" is "ash," meaning that could be the baby's pronounceable name.

And the other theory, naturally, is that it's named after the Lockheed A-12 OXCART — a reconnaissance aircraft.

More on Elon Musk: Elon Musk Spotted Joyriding Around California In His Cybertruck