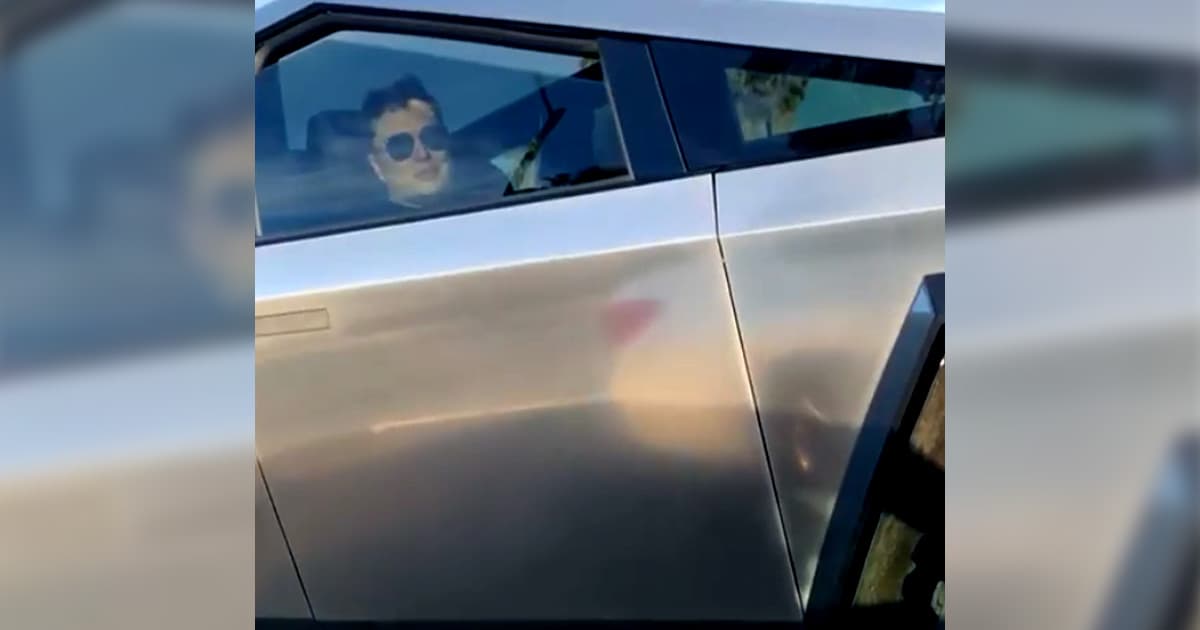 Elon Musk Spotted Joyriding Around California In His Cybertruck

Tesla CEO Elon Musk has again been spotted driving his Cybertruck around California, near the SpaceX and Tesla offices. In a video uploaded to social media, Musk can be seen with a cheeky grin on his face as he spots the phone camera pointed at him in Hawthorne, CA.

First unveiled in November, Tesla's electric pickup made headlines for its unusual design and ambitious specs. Now, with a reported quarter million pre-orders, it's good news for Tesla that at least one Cybertruck is already roadworthy.

It wasn't the first time Musk has been spotted in the next-gen vehicle. In December, Musk took his monstrous creation for a joyride around Malibu, hitting up a Japanese restaurant and making small talk with actor Edward Norton — before hitting a traffic pylon on his way out of the parking lot.

Consumers will still have to wait quite a bit longer to get their own truck. A higher end model will only be made available in 2021, with a cheaper version following in 2022.

More on the Cybertruck: Watch This Adorable Mini Cybertruck Drift in the Snow