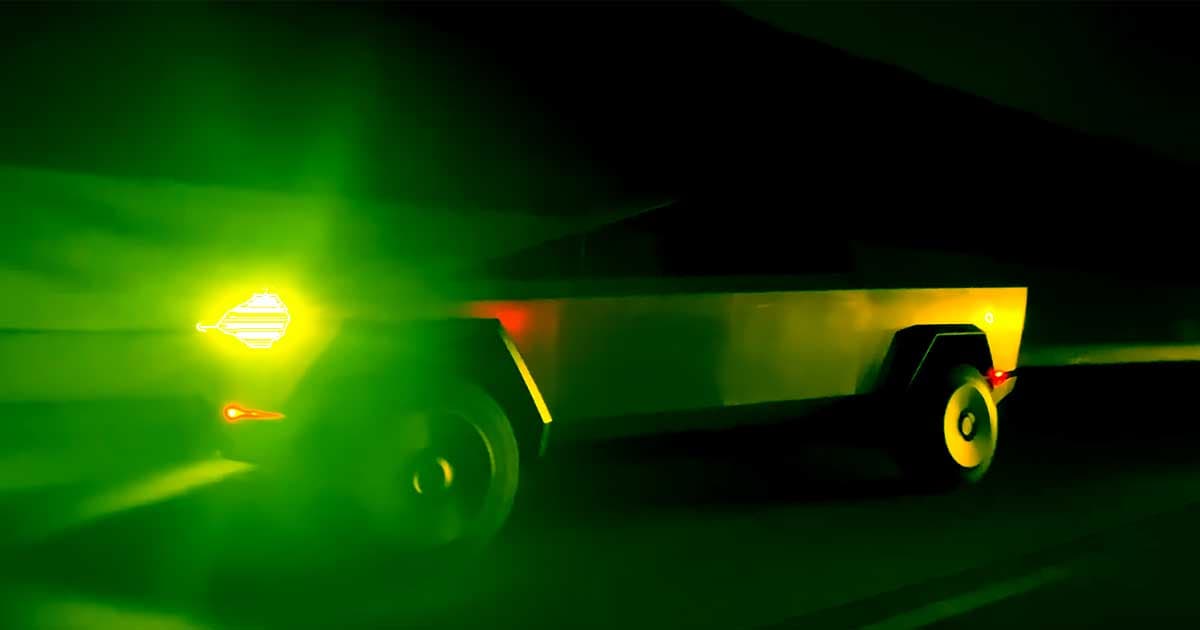 Tesla CEO Elon Musk took his shiny Cybertruck for a joyride to a restaurant in Malibu, California on Saturday night — but his evening hit a bump when the entrepreneur crushed a traffic cone while exiting the restaurant's parking lot, video captured by gossip site TMZ shows.

The truck has garnered a lot of attention — and not only for its extremely divisive design. Experts, including the chief of the Australian car safety rating organization, have pointed out that the imposing stainless steel vehicle could end up being a safety hazard thanks to a lack of crumple zones.

TMZ reported that Musk left the restaurant with actor Edward Norton in tow. The valet left the recently announced Tesla pickup truck out front so that everybody could get a peek.

Later that night, YouTuber Roberto Cruz spotted the Cybertruck driving down the 405 freeway.

Interestingly, the Cybertruck still didn't feature rearview mirrors, as Gizmodo noted. In California, drivers are required to have an unimpeded rear view of the highway for at least 200 feet behind them. According to Section 26709 of the California Vehicle Code, vehicles must have two mirrors that reflect the driver's view  as well, and one mirror has to be placed on the left side of the vehicle.

More on the truck: Mexican Cops Pre-Order Fleet of Cybertrucks