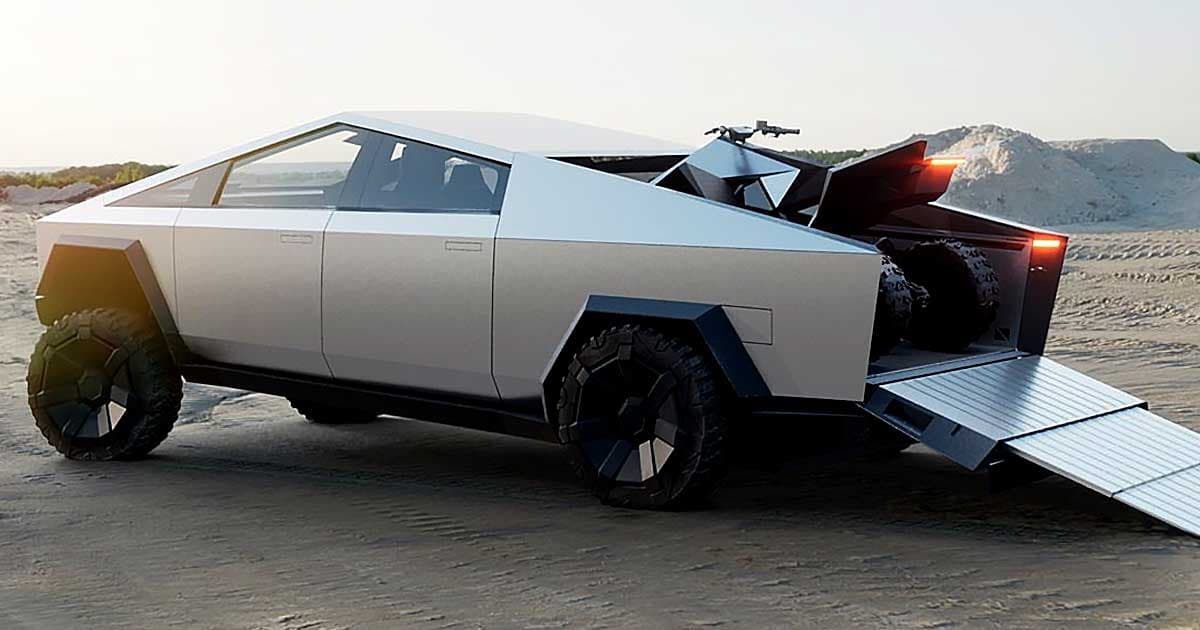 The only question: is that a good thing or a bad thing?

The only question: is that a good thing or a bad thing?

The five-seater truck is even stranger looking than we expected. It has an unusual triangular chassis that comes to a point above the driver side’s window. The overall design is “influenced partly by ‘The Spy Who Loved Me’,” Musk tweeted before the event, a reference to James Bonds’ iconic underwater car.

A “nearly impenetrable exoskeleton” will ensure “ultimate durability and passenger protection,” according to Tesla’s website.

The strange truck will start at $39,900 for a single motor, rear-wheel drive variant. A far more powerful tri-motor, all-wheel drive setup will put you back $69,900. A “Self-Driving” feature listed on Tesla’s website will cost an additional $7,000.

The entry level variant and the more expensive tri-motor model will available in “late 2021” and “late 2022” respectively according to Tesla.

While Tesla hasn’t officially announced battery ranges, Musk promised that a max-range model will go as far as 500 miles on a single charge. The entry level model will have a range of only 250 miles — comparable to Tesla’s other current offerings.

So who’s it for? Tesla showed off a number of use-cases on its website, including an optional trailer attachment that can weigh up to 7,000 pounds and a rear tent and outdoor grill variant.

There’s even enough space for Telsa’s brand new all terrain vehicle in the truck bed, which the company added as a “one more thing” to its presentation.