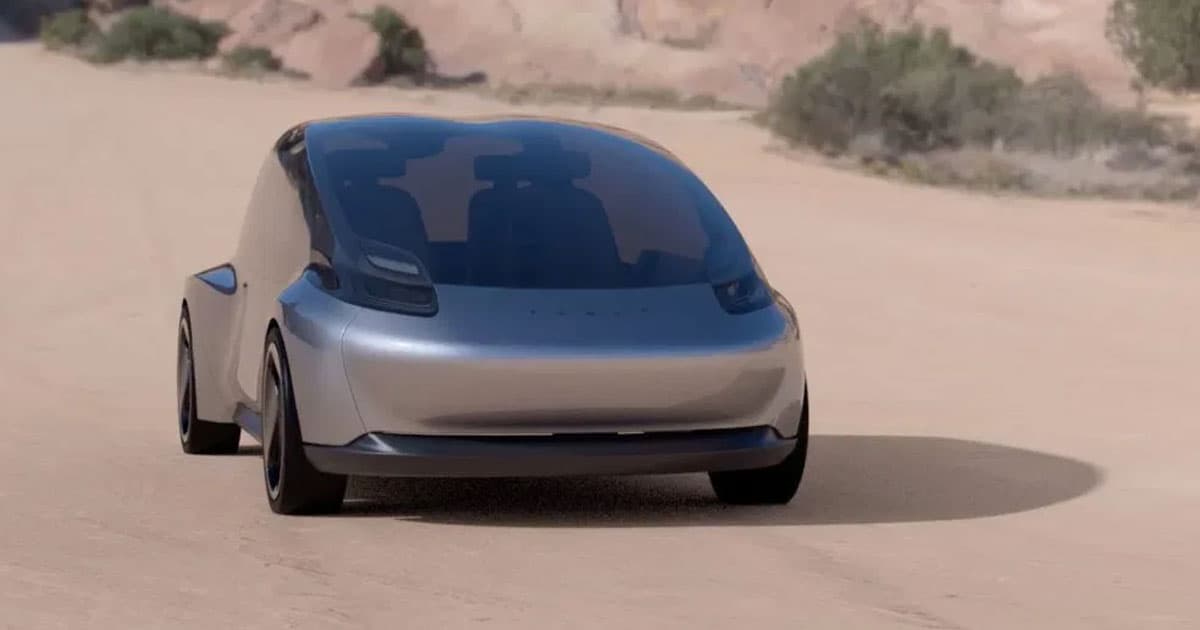 These Images May Hold Clues About Tesla's "Cyberpunk" Truck

The same person who designed the Tesla pickup truck designed this car.

The same person who designed the Tesla pickup truck designed this car.

Tesla plans to unveil its much-hyped pickup truck in November — and Electrek has uncovered a series of images that might hint at the vehicle's design.

The images feature a Tesla concept car dubbed the Model Zero, and although the vehicle isn't a pickup, it was designed by Sahm Jafari — the same person who designed Tesla's truck concept, according to Electrek.

Tesla CEO Elon Musk has dropped several hints about the forthcoming pickup's appearance, calling it "really futuristic-like cyberpunk" and akin to "an armored personnel carrier from the future."

He's also said that none of the renders based on the incredibly brief glimpse we've gotten of the truck come close to its actual appearance.

Jafari's 2017 Model Zero design doesn't look particularly "cyberpunk," nor does it resemble any of the armored personnel carriers we've seen.

However, it does have an indisputably futuristic look, all silver and black. It also features a smooth curve running from its front end to its roof, and that aerodynamic design could help Tesla's pickup achieve its reported range of 643 to 804 kilometers (400 to 500 miles) on a single charge.

So, with one month until the official unveiling, our best reference for Tesla's pickup might just be images of a vehicle that's not even a truck. Go figure.