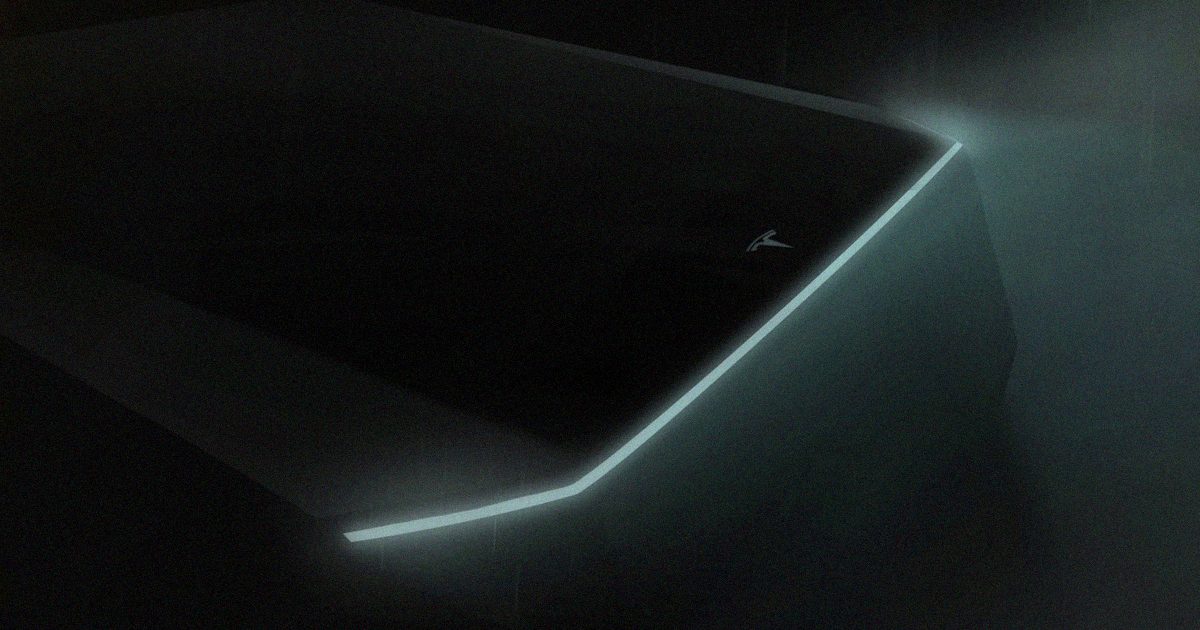 Mercurial Tesla CEO Elon Musk issued a rare update on the company's in-development pickup truck Sunday night, tweeting that the forthcoming vehicle will be "closer to an armored personnel carrier from the future" than any images we've seen publicly.

Musk also gave the truck, a new name: the "Cybertruck."

Cybertruck doesn’t look like anything I’ve seen bouncing around the Internet. It’s closer to an armored personnel carrier from the future.

A terrific explainer by Electrek dives into the history of the Tesla pickup — or, er, the Cybertruck. The vehicle has often seemed like something of a pet project for Musk, who's previously hyped it as having a "really futuristic-like cyberpunk, 'Blade Runner'" design.

As with all things related to Musk, though, it's important to interpret the CEO's latest comments through a hazy lens of eccentricity, self-promotion, and online humor.

Case in point: In the same Twitter thread where he called the Tesla pickup an "armored personnel carrier," Musk dropped a brutal self-own about his own sex life.

Those rumors are false