Here Are The Most Brilliant Cybertruck Photoshops We Could Find 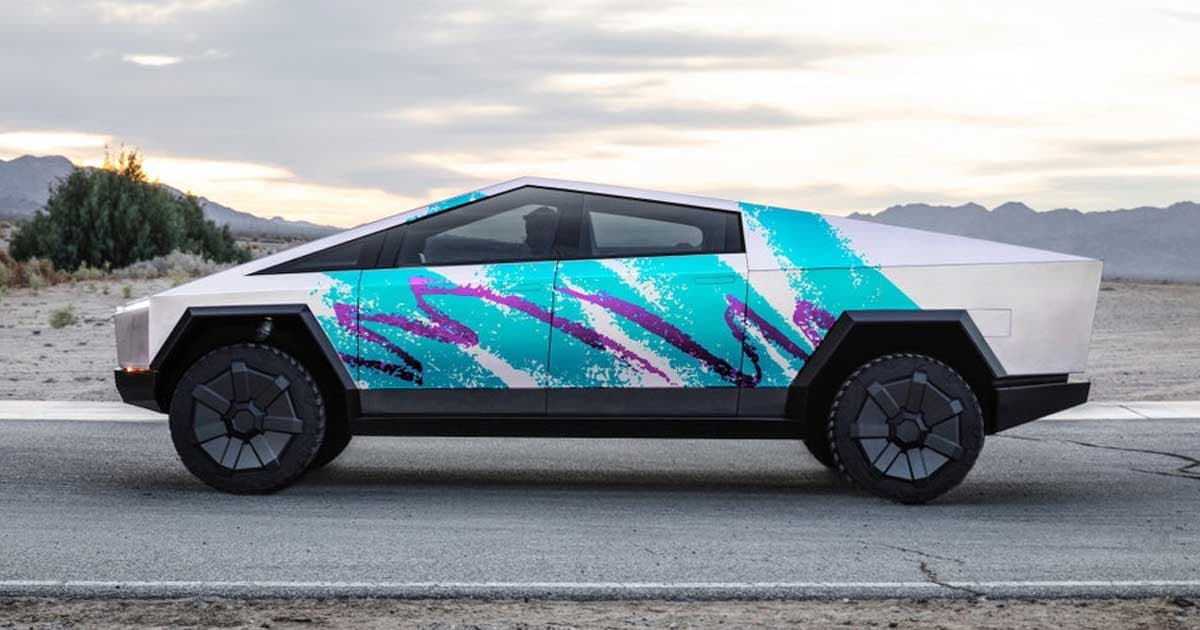 And now, the internet has given the bizarre truck some radical new makeovers, fixing and tweaking the highly divisive design. Here are some of the best ones we've come across.

Executive director of the Industrial Designers Society of America Chris Livaudais reworked the angular body lines of the truck to more closely resemble a pickup truck. The result: a flat truck bed, a more recognizable front bumper, and an overall more aesthetic shape.

Redditors over at the subreddit r/VaporwaveAesthetics took a more radical approach, giving the truck a paint job inspired by those waxy turquoise-and-purple cups from the 1990s.

Others went the DC Comics route and reimagined the Cybertruck as a Batmobile in the style of "The Dark Knight."

Another Redditor even built an entire site that allows you to color a Cybertruck however you want, including an optional metallic finish. Try it out here.

And for a particularly quirky look, Redditor avoidsquid cooked up this electrifying Pikachu-inspired finish.

Swipe ➡️ to choose your color.. . . Ok so the CYBERTRUCK looks 100 percent better not licking the ground. Lifted definitely suits this thing pretty well. It’s starting to grow on me.

Twitter user BossLogic ended up generating a whole host of styles, including a Warthog from the popular video game "Halo" and a take on video game developer CD Project Red's upcoming title "Cyberpunk 2077."

I want to buy the @Tesla #Cybertruck
It's a canvas of potential art #pimpmyride cybertron edition @MTV @elonmusk pic.twitter.com/9FDwgUZPKd

Finally, here's a wild camper attachment with an outdoor grill.

Wait, hold on. That one's actually from Tesla. The company also showed off designs for a sleek-looking trailer.

More on the truck: Ford VP Calls Out Tesla for Unfair Cybertruck vs. F-150 Battle

Read This Next
From Our Partners
Build A Robotic Toy Car With This DIY Self-Driving Vehicle Kit
From Our Partners
Build Your Own Self-Driving Car With This DIY Kit
From Our Partners
Make STEM Exploration A Family Activity With These Ten DIY Kits
From Our Partners
Save Up To $440 a Year on Car Insurance with The Zebra
Futurism
Tesla: Cops Are Wrong About Driver's Seat Being Empty in Deadly Crash
More on Sci-Fi Visions
What is Happening
Wednesday on the byte
Elon Musk Sets His Twitter Account to Private
From the Dept. of...
Monday on futurism
The Best Humidifiers of 2023
Human v. Giraffe
Jan 24 on the byte
Chaotic Italian Fashion Line Baffles Facial Recognition Software
READ MORE STORIES ABOUT / Sci-Fi Visions
Keep up.
Subscribe to our daily newsletter to keep in touch with the subjects shaping our future.
+Social+Newsletter
TopicsAbout UsContact Us
Copyright ©, Camden Media Inc All Rights Reserved. See our User Agreement, Privacy Policy and Data Use Policy. The material on this site may not be reproduced, distributed, transmitted, cached or otherwise used, except with prior written permission of Futurism. Articles may contain affiliate links which enable us to share in the revenue of any purchases made.
Fonts by Typekit and Monotype.