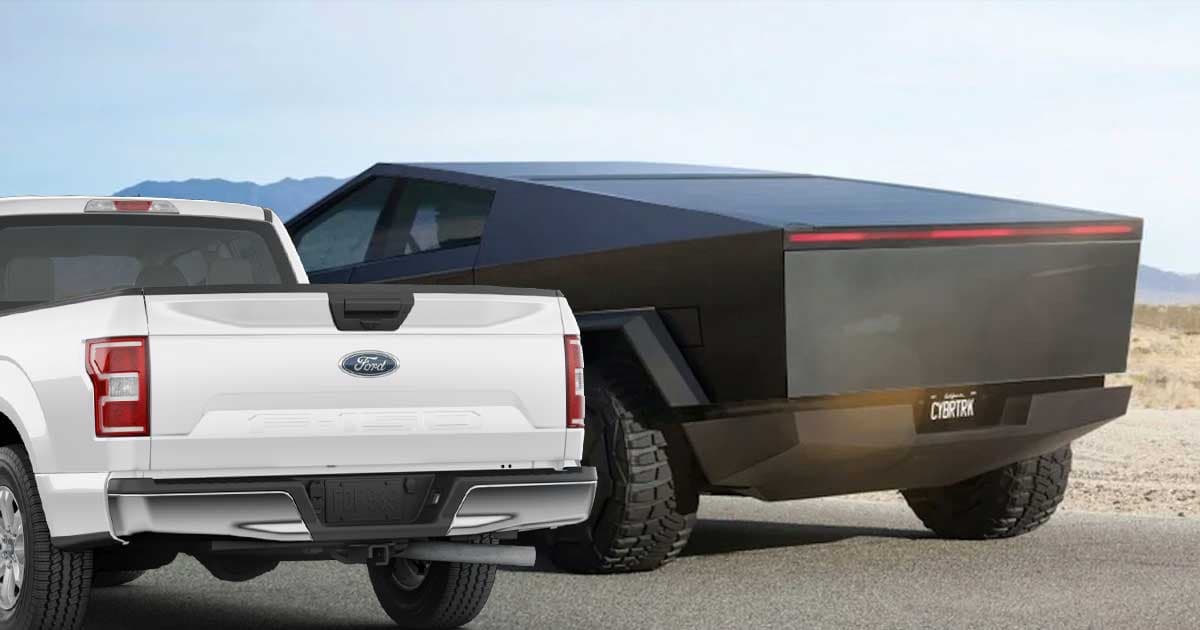 Elon Musk fired back: "Bring it on."

Elon Musk fired back: "Bring it on."

In a cheeky video uploaded to Twitter on Sunday by Tesla CEO Elon Musk, a newly-released Cybertruck can be seen pulling a tethered Ford F-150 pickup truck up a hill.

But some are calling it an unfair fight. Sunny Madra, VP of Ford X, the U.S. automotive giant's ventures incubator, challenged Musk to a head to head test.

"Hey Elon Musk, send us a Cybertruck and we will do the apples to apples test for you," Madra tweeted on Monday morning.

Accompanying the tweet was a link to an article by automotive site Motor1 that argues the tug of war wasn't fair. The argument: judging by the video, the Ford F-150 was a $30,000 STX trim with a likely 325 horsepower 2.7 liter engine — an unfair competitor to Tesla's beastly truck that can go for up to $69,900 for a top trim tri-motor model.

"Simply put, the F-150 used in this video is noticeably lighter, cheaper, and probably significantly underpowered compared to its all-electric opponent," reads the article. "And in tug of war competitions, it’s the engine output and weight of the vehicle that basically decide the winner."

And then there is the fact that the Cybertruck was allowed to pull first, increasing traction, as Tech Crunch points out. To make a future competition fair, weighted trailers would be better able to establish which one performs better in a real world scenario.

Musk, for his part, quickly fired back.

More on the test: Watch a Cybertruck Pull a Helpless Ford F-150 Up a Hill