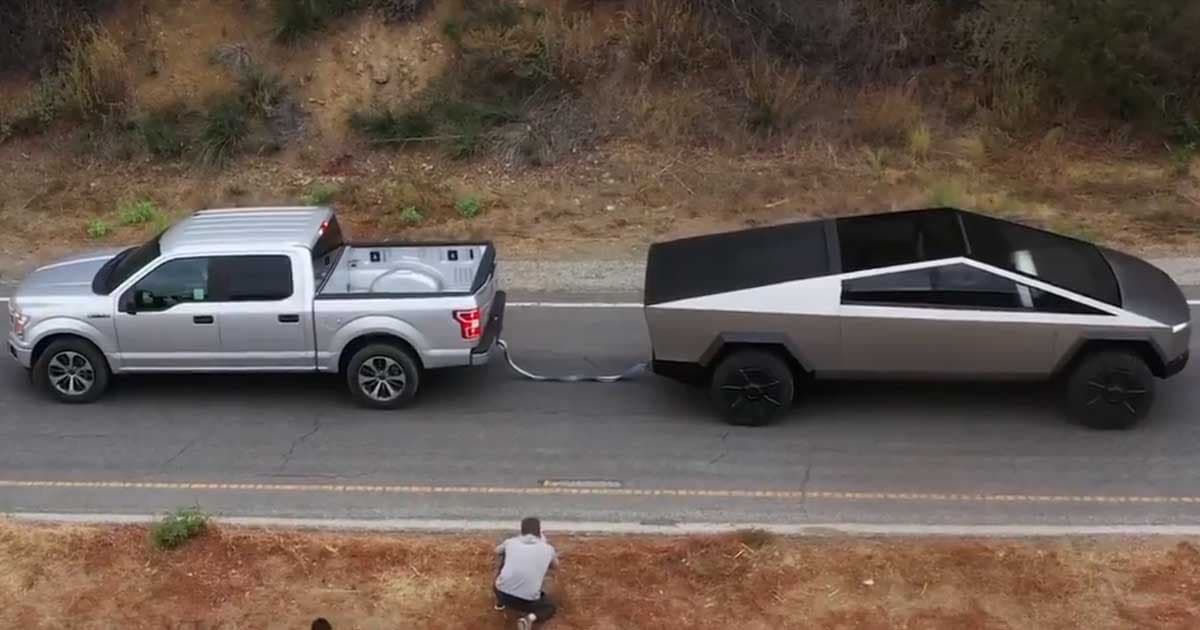 The tires on the F-150 spins out almost immediately, succumbing to the Tesla's raw power.

The tires on the F-150 spins out almost immediately, succumbing to the Tesla's raw power.

Last week, Tesla announced its long-awaited "Cybertruck" at an event in Los Angeles. While the truck drew some ridicule on the internet for its unusual shape and glitchy reveal, the vehicle does pack some serious power.

Maybe you have to see it to believe it: In a video Tweeted Sunday by Tesla CEO Elon Musk, a Cybertruck can be seen effortlessly pulling a tethered Ford F-150 pickup uphill as it tries to escape.

It's an impressive feat that's bound to raise some eyebrows, especially considering the fact that Ford's F-Series have been America's best selling trucks for 42 years.

The tires on the F-150 spins out almost immediately, succumbing to the electric pickup's raw power — or superior traction. It's unclear what kind of tires were used in the test.

That's more or less in line with the advertised towing capacities of each truck. The Cybertruck will be able to tow more than 14,000 pounds according to Tesla. A top-of-the-line 2020 F-150 can tow only up to 13,200.

READ MORE: Elon Musk again tries to impress with his Cybertruck — this time without a sledgehammer [NBC News]

More on the Cybertruck: Elon Musk: Yes, You Will Be Able to Buy Tesla’s Cyberquad ATV