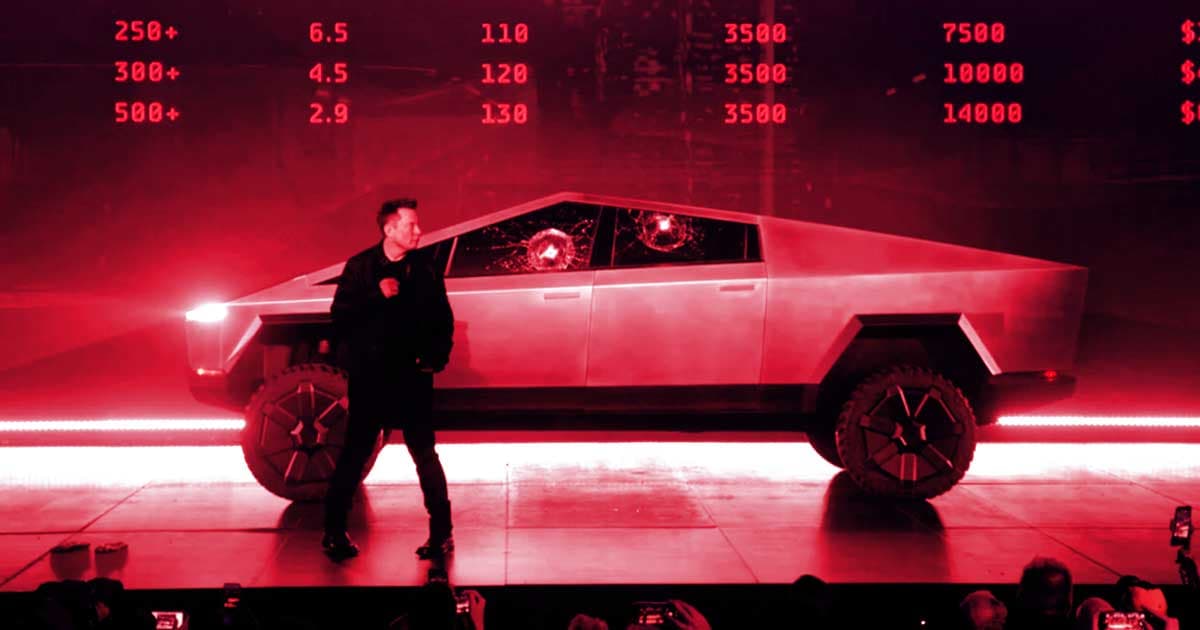 It was an embarrassing moment.

At Tesla's reveal event for its newly-announced Cybertruck, chief designer Franz von Holzhausen tried to show off what the company calls "Tesla armor glass" — but the hefty metal ball he threw at the window smashed it in front of a live audience, prompting ridicule across the web.

In a Sunday afternoon tweetstorm, Tesla CEO Elon Musk explained that the "sledgehammer impact on door" from a preceding stunt "cracked base of glass, which is why steel ball didn’t bounce off."

"Should have done steel ball on window, *then* sledgehammer the door," he added. "Next time..."

We already knew that the glass was made to be pretty tough. Minutes before the accident, a group of leather overcoat-clad stage assistants demonstrated that Tesla's glass could withstand the same metal ball dropping onto its surface from a height of roughly 15 feet.

Musk also revealed on Twitter that his company received more than 200,000 pre-orders for the unusual truck.

"New manufacturing methods are certainly needed, but then I’m confident it will actually cost less, because of its simplicity & lower part count," Musk tweeted.